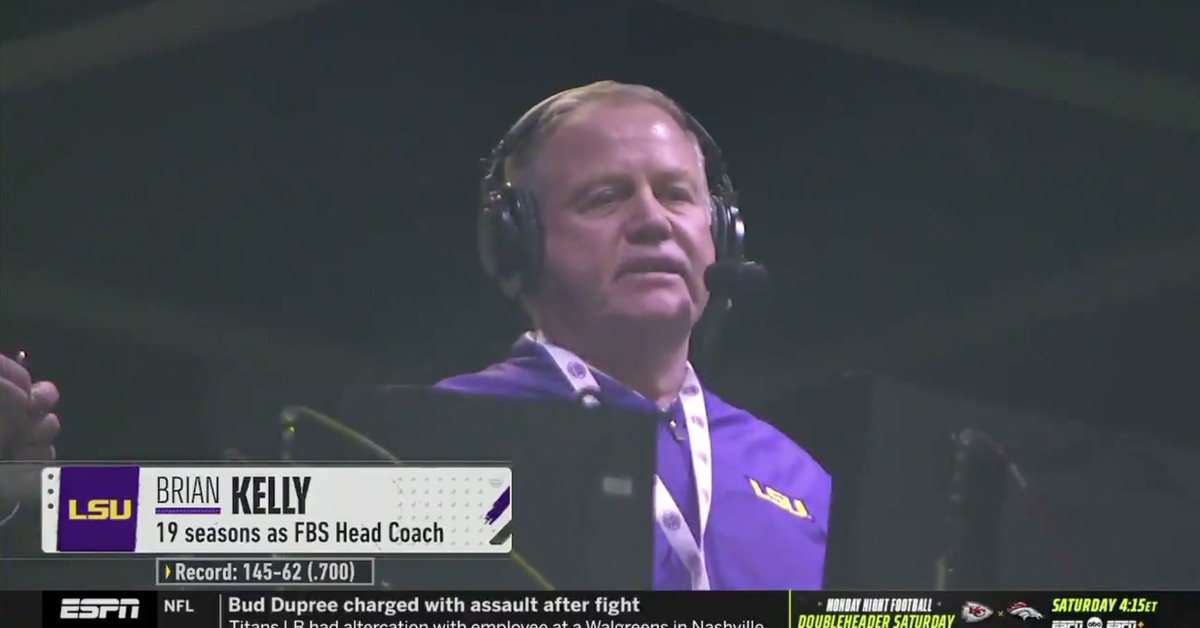 Brian Kelly ditched Notre Dame for LSU in one of the most shocking moves of college football’s annual coaching carousel. After spending 12 seasons with the Irish, Kelly figured he had to do something to connect with the locals in Baton Rouge. He decidedly to fake a really bad Southern accent while speaking at the Tigers basketball game, and it made him the punchline of jokes for weeks.

With LSU playing in the Texas Bowl and interim coach Brad Davis leading the Tigers on the field, Kelly joined the ESPN broadcast boost. No, he didn’t have a Southern accent this time. Yes, he did address it live on air. The result was a surreal 30 seconds of TV.

After showing a clip of Kelly doing a little dance with an incoming quarterback recruit, Kelly starts defending his moves. He ends up admitting that his Southern accent at the basketball game was made up and poorly done.

“Walker Howard is a five-star quarterback, you know that you got to do what your quarterback asks. If he says you got to dance, why wouldn’t you dance? Whether it was dancing or I couldn’t get my accent down, the word ‘family’, listen I’m from Boston, we don’t have strong accents.”

Obviously Kelly’s accent was fake, but thankfully he didn’t try to keep it going. It was amusing to hear Kelly directly address his pronunciation of the word ‘family’, which became a meme for a few days after he took the job.

In case you never saw the original clip of Kelly faking the accent, here it is:

LSU football does not typically have a very long leash with its coaches. Kelly will need more than a fake accent to save himself.