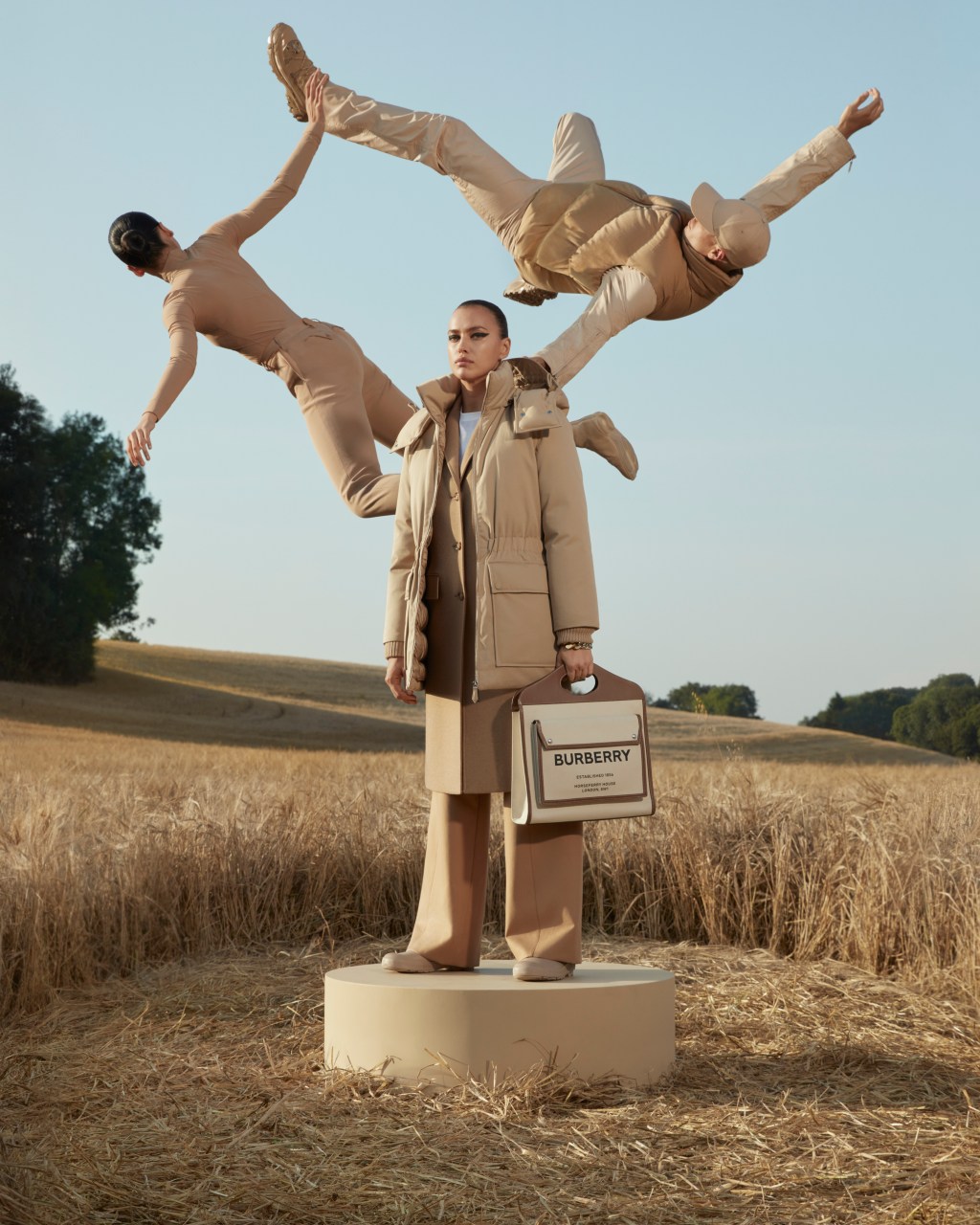 LONDON — Burberry is building on its pledge to become climate positive by 2040 and, as part of that plan, will unveil a new biodiversity strategy at COP26 in Glasgow, Scotland, on Saturday.

As part of the strategy, the British luxury brand has partnered with The Biodiversity Consultancy to identify its biggest ecological impacts: leather, cashmere and wool.

It plans to work toward reducing its own impact — by sourcing more sustainable, recycled or certified fabrics by 2022 — as well as restoring and regenerating natural ecosystems in the areas where it sources raw materials and other “areas of great need” beyond its own operations. The brand will do so by funding projects via its Regeneration Fund, established in 2020.

“It’s about reducing carbon emissions but also restoring nature,” said Pam Batty, the company’s vice president, corporate responsibility, adding that it was important for Burberry to align its climate positive pledge with additional work on biodiversity.

“Everyone now understands net zero targets, because they are measurable and science-based, but the same logic applies to restoring nature. The methodology might not be quite there yet, but we wanted to be part of the conversation. Our process and goals will have to evolve over time, but we couldn’t wait until there were hard standards in place.”

A number of fashion firms are adopting a similar mind-set and recognizing the importance of having a biodiversity strategy. In the U.K., Mulberry has already incorporated a series of regeneration efforts as part of its green manifesto, while Stella McCartney recently said she is working “adamantly on biodiversity.”

“We’re looking at the sub-layers of the soil, and the areas in it that attract the CO2 emissions, we’re trying to safeguard and respect them. We really go into that depth of detail. If you mean it, and want to do it properly, you have to start at the birth of the food chain in fashion,” said McCartney, who has also made her presence felt at COP26 this week, opening an exhibition of new-generation materials and calling for an outright fur and leather ban.

As part of Burberry’s plan, the aim is to intensify efforts to support farming communities with training schemes and farm-level certifications. It will also work toward developing regenerative land management practices in the areas where it sources raw materials.

Burberry is putting financial muscle behind regeneration projects that are beyond its own supply chain. It has signed the Leaf coalition, a results-based funding initiative that offers financing to countries that show a commitment to reducing tropical deforestation. It has also partnered with the Savory Institute’s Land to Market program, which works to facilitate the regeneration of the world’s grasslands in the leather supply chain and the livelihoods of its inhabitants.

“Part of being climate positive is working beyond your own initiatives,” said Batty, explaining that using parts of the Regeneration Fund to support areas that are in “desperate need” of protection and restoration is a key pillar of the strategy, irrespective of whether Burberry operates in them or not.

The company is working with various NGOs as part of the Fashion Pact. It is funding projects in Mongolia to help restore the grassland where goats graze, and supporting carbon insetting and reforestation initiatives in Australia.

New projects will be announced throughout the year and communicated with Burberry’s stakeholders and broader audience as part of a soon-to-launch platform called Burberry Beyond that outlines the company’s sustainability efforts.

“Climate change is not just a future environmental risk, it’s a socioeconomic crisis that is impacting millions around the world today. Protecting, restoring and regenerating nature is key to safeguarding the planet for generations to come, and we must be ambitious in our intentions and action-oriented in our approach,” said Gerry Murphy, chair of Burberry.