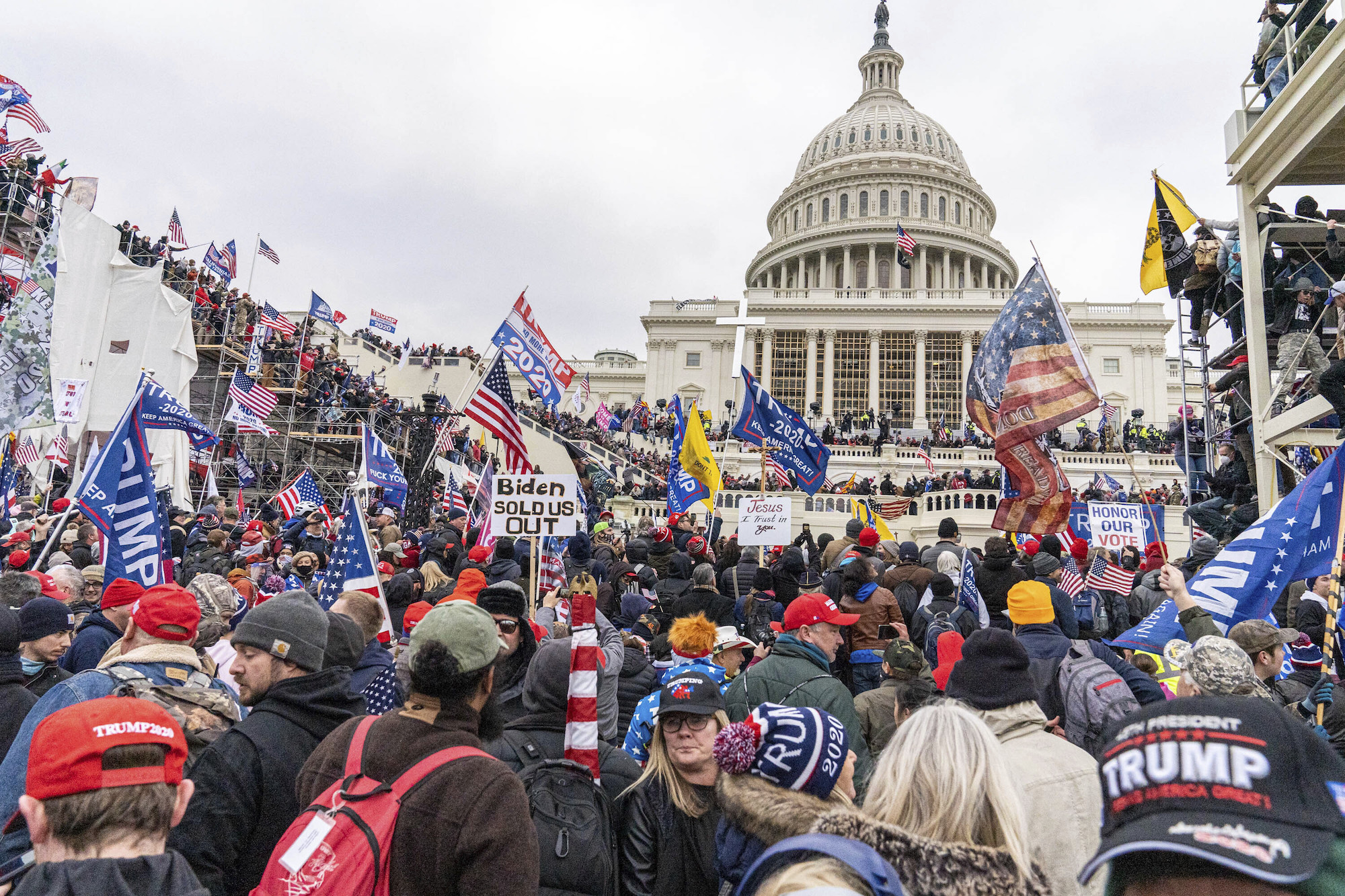 In the three days leading up to the insurrection, Capitol Police intelligence failed to predict the impending attack and downplayed the possibility of violence, according to the Associated Press, which reviewed Capitol Police documents. Despite warnings from multiple sources, the agency’s daily intelligence reports from Jan. 4, 5, and 6 classified the possibility of arrests and civil disobedience resulting from the Stop the Steal rally as “highly improbable.”

Those reports listed nearly two dozen other possible scenarios that would constitute a major disruption, although it said the possibility of each of those events occurring was classified as either “remote,” “highly improbable,” or “improbable.”

But other Capitol Police intelligence assessments from late December and early January, also obtained by the AP, seemed to contradict those optimistic analyses. Reports written mere days earlier included warnings that as many as tens of thousands of people could come to the nation’s capital on Jan. 6 and further cautioned that members of extremist groups, such as the Proud Boys, may be present.

One Capitol Police memo from Jan. 3 said there could be a “significantly dangerous situation for law enforcement and the general public alike,” while an intelligence assessment from Dec. 31, 2020, mentioned individuals were posting on message boards and sharing information about the Capitol’s tunnel system, which is often used by members and their staff.

At the same time Capitol Police were saying violence was unlikely, on Jan. 5, an FBI office in Virginia warned that extremists were encouraging violence at the Capitol and told their fellow Trump supporters to go D.C. “ready for war.” “As of 5 January 2021, FBI Norfolk received information indicating calls for violence in response to ‘unlawful lockdowns’ to begin on 6 January 2021 in Washington, D.C.,” said the Virginia FBI report, which was obtained by The Washington Post. “An online thread discussed specific calls for violence to include stating ‘Be ready to fight. Congress needs to hear glass breaking, doors being kicked in, and blood from their BLM and Pantifa slave soldiers being spilled. Get violent. Stop calling this a march, or rally, or a protest. Go there ready for war. We get our President or we die. NOTHING else will achieve this goal.”

Although Capitol Police headquarters received that FBI intelligence report the night before the attack, leadership did not see it, former Capitol Police Chief Steven Sund told the Senate during a February hearing. “I actually just in the last 24 hours was informed by the department that they had received that report,” Sund told senators.

During that same hearing, former House Sergeant at Arms Paul Irving blamed federal intelligence, saying that the information Capitol Police used to create its reports did not “forecast a coordinated assault” on the Capitol.

Reacting to the news that Capitol Police leadership did not see the FBI report, Senate Homeland Security Committee Chair Gary Peters (D-Mich.) said to Sund, “That raises a big question. It does not get to operational command? How could that happen?”

“I agree that is something we need to look at,” Sund said.

A Senate report released in June concluded that Capitol Police suffered from “a lack of consensus about the gravity of the threat posed on Jan. 6” but also faulted the federal intelligence community, led by FBI and DHS, which “did not issue a threat assessment warning of potential violence targeting the Capitol on Jan. 6.” Still, federal failings aside, the report said that Capitol Police intelligence “received information from a variety of sources about threats of violence … and the large crowds expected … [but] failed to fully incorporate this information into all of its internal assessments.”