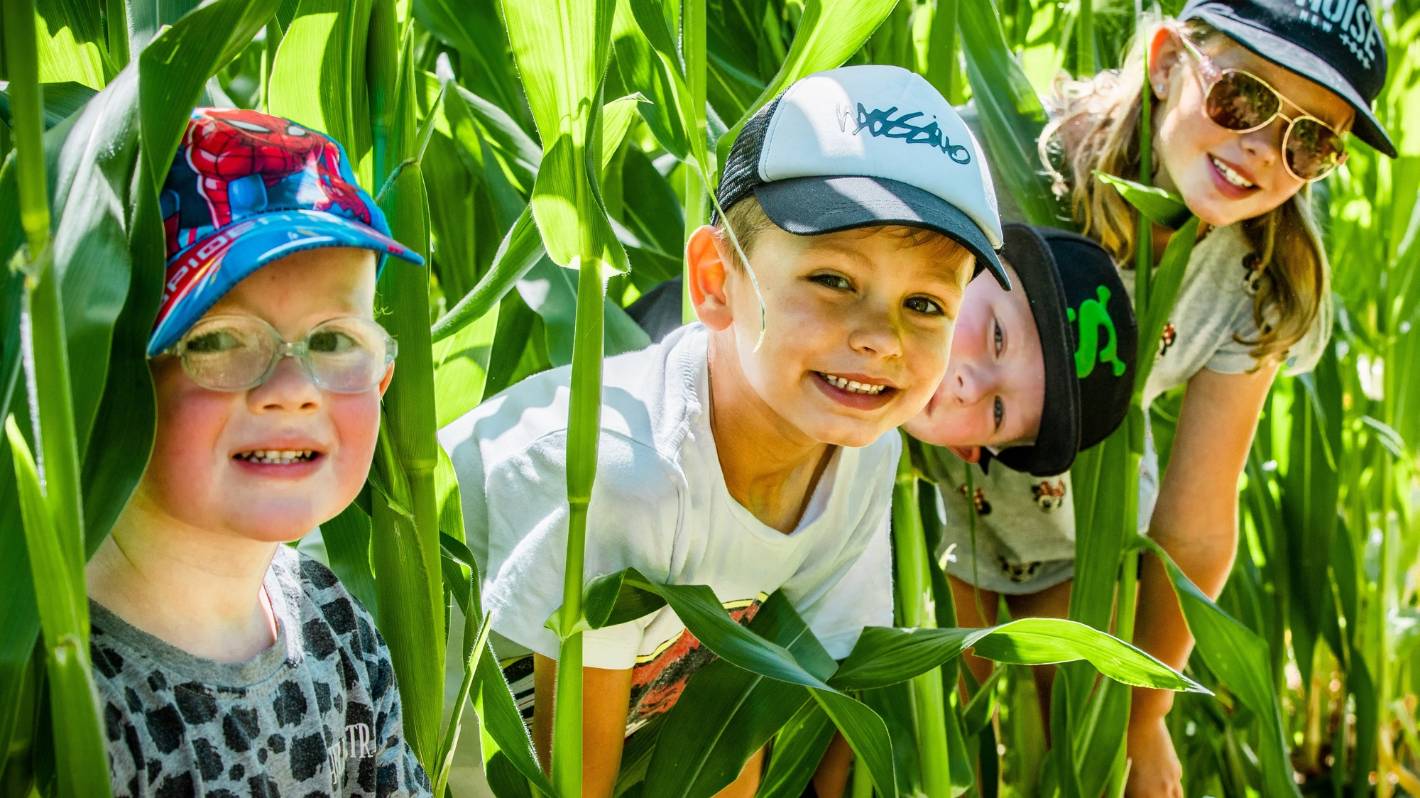 The Maize Maze opened up on Saturday in Inglewood, Taranaki. Pictured are, from left, Cooper Tanner, 4, Oscar Nicholas, 6, Brodie Tanner, 6, and Lucy Nicholas, 8.

If you build it, they will come.

Just like the hit 1989 film Field of Dreams, the Inglewood Lions Club found a perfect place for people to enjoy a maize crop.

The annual Maize Maze, cut into a field north of Inglewood, has been a popular annual visit for people right around the region since it was first started in 2002.

Since then, the club has raised close to $250,000 with the majority of that going to community groups.

This year’s Maize Maze opened on Saturday, with families arriving at the Egmont Rd site as soon as the gates were opened.

The maze is on a three-hectare paddock and every year the design is different, creating a new challenge for the paying public.

Inglewood Lions Club member Dwayne Schimanski was the architect of this year’s design, which he said should take punters about 45 minutes to navigate.

So how do you design a maze?

“You just get a pen and paper out mate,” Schimanski explained. “You just whack something together, go in with the rotary hoe and the weed cutter and make the track. Then we fly drone up and have a look at what it looks like.”

Schimanski expected the annual “fright nights” to again be hugely popular when they find a suitable date in early February.

“We did two last year and they brought in the most people by far,” he said. “We have a group of people who just love going in and scaring the heck out of people.”

There is one change to this year’s Maize Maze, with anyone wanting to go through requiring a vaccination pass.

“We got a bit of hate mail about that, but you have to go with the majority,” Schimaski said.