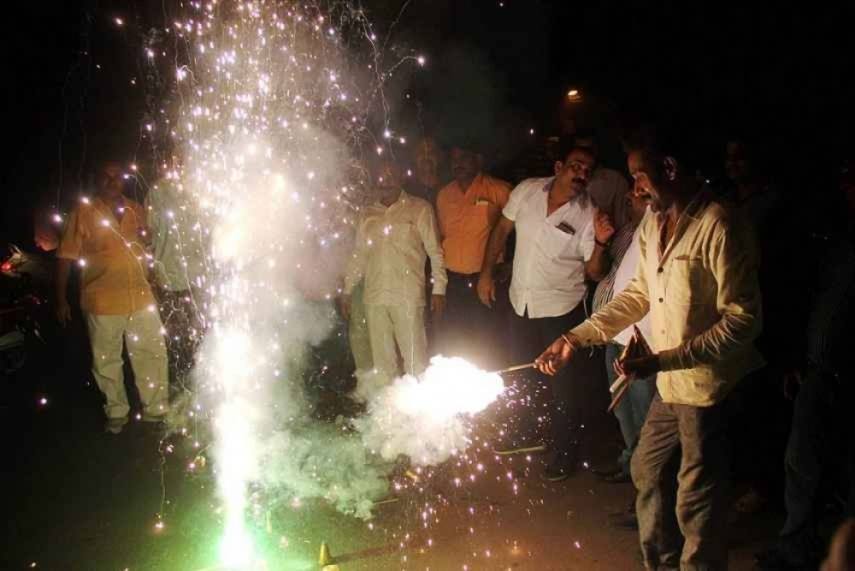 After a night of Diwali revelry, residents of the national capital region and Delhi woke up to a smoggy morning with a thick layer of smog permeating through the air. According to data produced by the Central Pollution Control Board (CPCB) on Friday, this year saw the Air Quality Index (AQI) in Delhi drop to the worst in five years.

Dr BS Murthy, Project Director, System of Air Quality and Weather Forecasting And Research (SAFAR), which provides a dedicated air quality information service under the Ministry of Earth Science, is of the view that bursting of crackers indeed enhanced the existing pollution (PM2.5) level. As per SAFAR’s estimate, bursting crackers can lead to a 700 microgram meter cube spike in PM2.5 pollution in seven hours.  That means from 7 pm on November 4 to 2 am on November 5, ie on the night of Diwali, the pollution level peaked at about 1000 microgram m-3.

Murthy, however, feels that banning firecrackers is not the way. He is of the view that increasing awareness instead will a long way in educating children about celebrating an environmentally conscious Diwali.

In an exclusive interview with Outlook, Dr Murthy also said that it would take at least two days for the pollution level to come down when the environmental factors are likely to turn favourable.

Q: The pollution level in Delhi has turned from ‘very poor’ to ‘severe’ post-Diwali. How much of it do you think was caused due to the bursting of crackers?

Q: Besides the bursting of crackers, which is a one-time festive activity in the year,  what are the major sources of pollution?

Q: How far is a change in climatic conditions responsible for the accumulation of pollutants in Delhi NCR?

A: Windspeed and solar radiation are two significant factors that can help in dispersing pollutants. If the wind speed is high, both horizontally and vertically, the pollutants get dispersed and the concentration level in a particular part of the geographical location becomes less. Unfortunately, as far as Delhi NCR is concerned, the wind speed is quite calm so it is not helping in the dispersal of pollutants. On the other hand, the slow-moving westerly winds blowing from Punjab to Delhi are transporting stubble smoke and pollutant particles. This is further aggravating the situation.

Q: How does radiation help in controlling pollution?

Q: What is the mixing layer height at the moment in Delhi NCR?

A: At present, it is less than 500 metres at night and about 1,500 metres in the daytime which may not be sufficient to reduce the pollution level. The pollutants are circulating in that vertical volume only. Normally, during winters, we don’t see a mixing layer height of more than 1.5 to 2 km.

Q: When do you think the pollution level will improve from ‘severe’ to ‘very poor’ or ‘poor’?

A: Strong local winds and less transport from stubble burning region will help in reducing the pollution level and according to our estimate, it should be around November 7 onwards.

Q: Despite a complete ban on firecrackers in Delhi NCR, its implementation seems to be farcical. What’s your take?

A: I think spreading awareness is far more important. Though children are being taught in schools about the disadvantages of bursting crackers yet the implementation and change in behaviour is not that encouraging. However, it is satisfactory to note that over a period of time, there will be a decrease in the use of firecrackers during Diwali.