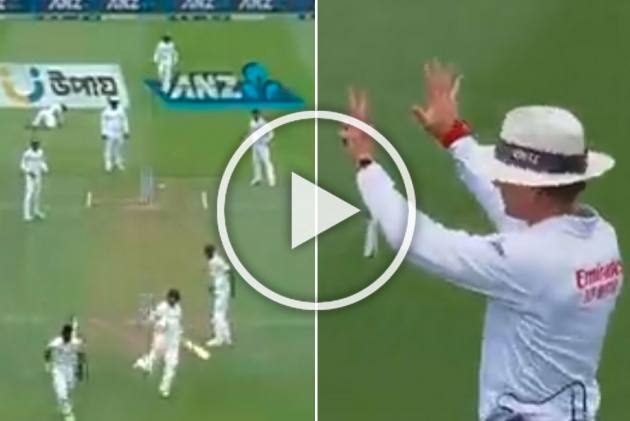 The opening day of the second Test match between New Zealand and Bangladesh at Hagley Oval, Christchurch witnessed hilarious scenes as Kiwi opener Will Young scored seven runs off a single ball.

Bangladesh won the toss and opted to ball first on Sunday. The visitors got off to an encouraging start without really getting the benefits.

Ebadot Hossain, who starred in Bangladesh’s historic win in the first Test, convinced the umpire to dish out two LBW decisions against Tom Latham in the 21st over. But the Kiwi skipper overturned those verdicts with successful reviews.

Then, the visitors found themselves in a mess, conceding seven runs off a single ball while also giving life to Will Young.

In the 26th over, Ebadot Hossain managed to induce an outside edge off Young with the last ball. But Liton Das at second slip not only dropped the catch but also let the ball roll down to third man. A desperate chase and it was stopped from going for a boundary, but by then the Kiwis have run three runs. Then the return throw ended up beating everyone for a four.

Edge one to slips and score seven?!

Will Young, living the dream ðÂÂÂÂÂÂ

Strangely, Hossain and Young were once again involved in another overthrow in the 28th over. Young played the fourth ball to square leg, and no one backed up the return at the bowler’s end.

Young added 148 runs for the first wicket with skipper Tom Latham as the ICC World Test champions hit back with vengeance. This is the final Test match for veteran Kiwi batter Ross Taylor.