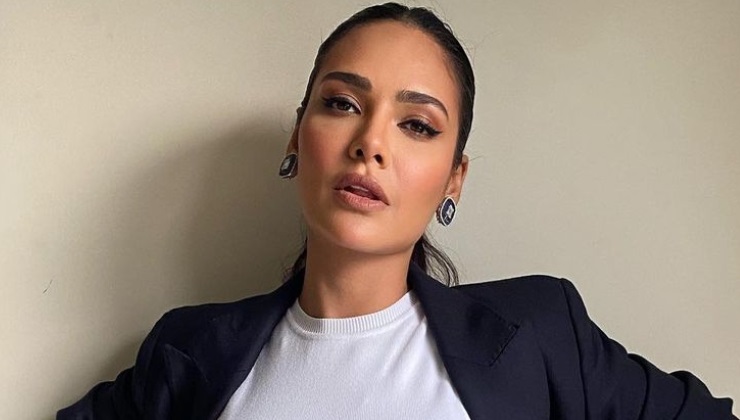 On Sunday, Esha Gupta took to her Instagram story to inform her fans and followers that she tested positive for COVID-19. The ‘Raaz 3’ actress also shared that she is currently quarantined at home.

Esha wrote, “Despite the utmost precautions, I have tested positive for COVID-19. I have been following the protocols and have isolated myself and currently under home quarantine. I am sure I will come back stronger and better out of this. Please stay safe and mask up. Take care of yourself, and others. Don’t forget to Mask up!” 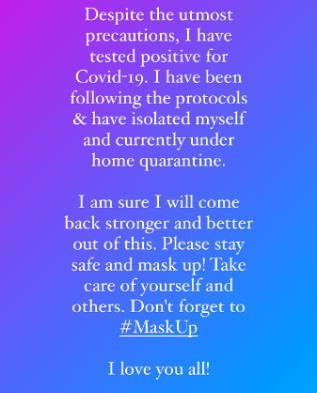 Meanwhile, Gupta made her acting debut in the 2012 crime thriller ‘Jannat 2‘ with Emraan Hashmi. Later, she received praise for her portrayal in the political drama ‘Chakravyuh’ (2012) Later, she featured in films like Humshakals, Baby, Rustom and Baadshaho.

On the work front, Esha was last seen in the MX Player web-series, ‘Nakaab’ opposite Gautam Rode and Mallika Sherawat. She also starred with the veteran actor Anupam Kher in the action-thriller movie, ‘One Day: Justice Delivered, which was helmed by Ashok Nanda and she essayed the role of DCP Laxmi Rathi (Police officer from Crime Branch)

She will also be seen in ‘Hera Pheri 3.’ In the film, Akshay Kumar, Sunil Shetty and Paresh Rawal will reprise their roles from previous films as Raju, Shyam and Baburao respectively and it will release in 2023.

ALSO READ: WATCH: Esha Gupta flaunts her sexy curvaceous body in a floral bikini & its too hot to handle