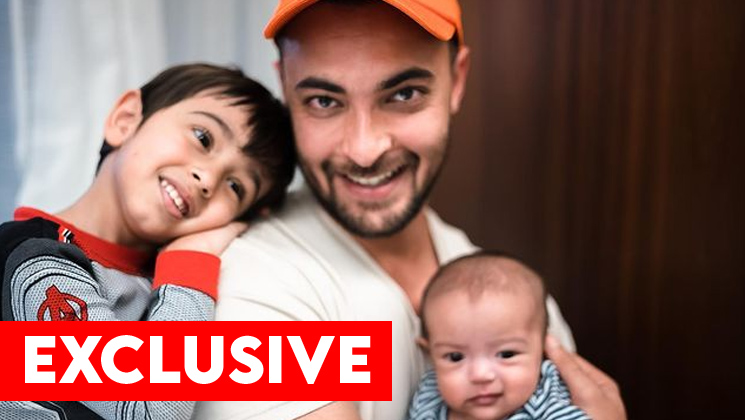 Even though social media is a great medium to build a livelihood for themselves and to also share happiness while making others a part of it, it also has its own perils such as trolling, criticism, negative comments. Many actors have been subjected to social media trolling and they have tackled it with grace and confidence. However, they get a little worked when the trolls target their kids. Similarly, in an exclusive interview with Bollywood Bubble, actor Aayush Sharma who is a father of two kids – Ahil and Aayat said that he feels naysayers trolling his kids is unjustified.

Moreover, the Antim: The Final Truth star also mentioned that it is his fault that he is putting his kids out on social media and has refrained from sharing their pics too often. Aayush told us, “Sometimes it feels unjustified. I remember, last year, I posted a video of my daughter and somebody said ‘oh look she doesn’t have hair’ and she was just a Baby. I and Arpita sat down and said that we don’t need to do this to our kids, we don’t need to put them out there. Once in a while the picture comes out, it is fine, it’s forgiven. The point of the matter is why are we subjecting them out. We are trying to share the happy moments of our family, it is being subjected, forget that, it is unfair for the kids. I can’t blame anyone on social media if I’m putting my kids out there, that’s my fault. We as parents have decided not to put them so regularly because I don’t want my kids to grow up with that kind of insecurity where their physical appearance and mannerism are being subjected to the world and it is not fair to them.”

“For me, I have just decided that when they grow up and if they decide to be out there, it’s their thing. They should be old enough to enter the world of social media and be wise enough to take the criticism or comments to be heart or not to be heart. at this point, they are too young, at this point, if they are not out there, it is fine. I feel that I can take it more than my wife (Arpita Khan Sharma), I always tell her don’t read the comments,” he added.

Meanwhile, Aayush Sharma garnered immense love and appreciation for his role of Rahulia in Antim.

Also read: EXCLUSIVE: Aayush Sharma on comparisons with Salman Khan in Antim: That was my honest fear