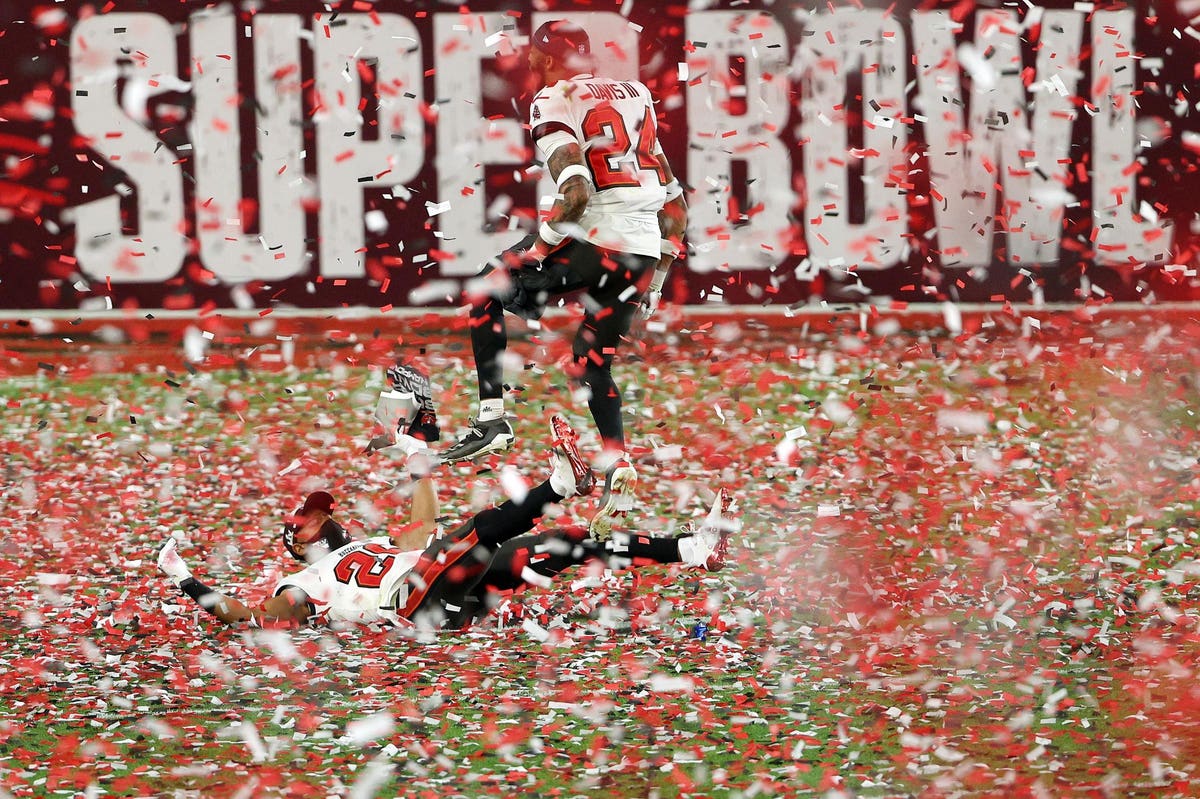 The biggest day in American sports and entertainment is just over a month away, and to add some excitement to the Super Bowl’s mystique, the NFL just announced that the 2024 edition will be held in Las Vegas for the first time. But today let’s look at the 2022 edition, Super Bowl LVI at SoFi Stadium in Southern California on February 13. In the midst of the ongoing pandemic, I expect more people than ever will simply be staying home and tuning in, rather than going to sports bars or big gatherings, but no matter how much you hunker down, you can still eat well.

This is a topic I know better than just about anyone, and as I explained yesterday, I’ve been covering regional culinary specialties and mail order foods for 25 years for some of the biggest publications. I wrote a column on American regional cuisine, “Great American Bites,” for many years for the nation’s largest newspaper, and I am the only person ever who has written both a New York Times bestselling book about food (Real Food/Fake Food: Why You Don’t Know What You’re Eating & What You Can Do About It) and more recently, a book about sports fandom (Fans: How Watching Sports Makes Us Happier, Healthier and More Understanding). I know stadium food, team foods and fan foods, and want you to enjoy perfect Game Day dishes.

Yesterday in Part 1, I covered the top Team-specific regional foods for the eight conference leaders going into Week 17. If you are a theme driven entertainer when it comes to food and hosting parties, that will let you dial into whatever champions emerge from the AFC and NFC. But most of us don t need food linked to a particular team – especially if it is not “ours.” Most fans just want great game day food. So here you go, with the classics.

Hot Dogs: There is no food more associated with sports and stadiums than the humble hot dog, which cuts across all venues and leagues. But most stadium versions are poor renditions of the quality you can enjoy at home. So today I am going to let you in on the best kept secret in mail-order food, a delicious brand virtually no on knows about, because it is pretty new – Snap-O-Razzo hot dogs. Ralph Perrazzo is a longtime chef who trained at the acclaimed Culinary Institute of America but has had a lifelong obsession with sausages. He started making his own when he was 15, and many years later, in 2018, decided to go full time into developing the ultimate hot dogs, and they are definitely “stadium style.” There are two versions of the Snap-O-Razzo, with the all-beef dogs specifically designed to be griddled crispy and charred, for a juicy dog with snap, while his pork and beef blend is meant to be simmered in hot water, for a plumper dog – but still snappy. Both are widely seen stadium cooking styles and while I prefer the all-beef model, both are much better than you will have tasted at an actual game. He uses high quality meats that are maple smoked, zero MSG, fillers or additives, natural New Zealand lamb casings and the result is an artisanal Old World-style dog, oversized in length and overflowing a standard bun. Your fellow fans will be suitably wowed.

If you prefer a Kosher-style Jewish deli New York-style take, I also really like the all-beef dogs from the famed Carnegie Deli. These are similarly oversized 9-inch models that can be really elevated by serving them on a fresh baguette cut to their length. For a more sausage-like “regular” length dog, but thicker, check out Porter Road, Nashville’s artisan butcher shop. I covered them in detail in yesterday’s piece, as Porter Road is your go to mail order source for all things sausages, including bratwurst, andouille and Italian – all from drug free, pasture raised beef and pork that tastes great. An array of sausages and buns is another classic tailgate food that can be elevated for your Super Bowl viewing event.

Buffalo Chicken Wings: I covered this yesterday as the choice for the AFC East leading Buffalo Bills, but it cuts across all teams. No single food item will be more popular during the Super Bowl, by far the biggest day in our nation’s 30 billion wing annual habit. This all started at Frank & Teressa’s Anchor Bar in Buffalo, where the hot wing as we know it was invented in 1964. See yesterday’s story for tips on ordering Anchor Bar and other real Buffalo wings – and the inferior wing pitfalls to avoid.

Pizza: Another can’t-miss game day classic – as long as it is good pizza. Unfortunately, this country lives in a sad state of pizza lameness, with much of the nation subsisting on the big national chains that advertise during football games. These are simply unsatisfactory, one and all, with the cheapest ingredients and lowest common denominator of taste. If you have a local mom and pop pizzeria doing an acceptable take on “New York-style,” bring in pies from there. If you live someplace where there is an Anthony’s Coal Fired Pizza, that is by far the best widespread chain in the country, and an excellent choice. Anthony’s can be widely found throughout Florida and is also in the northeast, New York, New Jersey, Pennsylvania, Massachusetts, Rhode Island, Maryland and Delaware. Jet Pizza is the only widespread chain doing Detroit-style pizza, arguably the nation’s best style in terms of suiting every kind of pizza lover. Jet has locations all across Michigan but is also in 18 other states, including some biggies like Ohio, Florida, Illinois, Texas, Pennsylvania and New York, and is your best “fast food” style takeout option.

There are tons of quality pizzerias doing mail order, but unfortunately, thin crust styles do not ship well, so I heartily recommend Chicago Deep Dish, which replicates extremely well at home, almost as good as being in the Windy City in person. My favorite is Lou Malnati’s and I have had a lot of these frozen, they come out great, are good party food because you can keep them warm easily without overdoing it, they are substantial, and they have the toppings people at a Super Bowl party want, mainly standout pepperoni and sausage. They are also one of the more affordable mail order foods, especially when you get multiple pies. My one tip would be if you have a round pan slightly bigger than the pizza (I use a single layer cake pan), sub it for the foil pan the frozen pizza comes in and follow the same cooking recommendations. You’ll get a crispier crust even closer to the restaurant version (where they indeed use heavy round pans).

Barbecue: More than ever, everyone loves good slow smoked BBQ, and there are many great options for mail order if you are not smoking your own. Yesterday, regarding the Chiefs, I singled out the most famous Kansas City establishment, Joe’s BBQ, which is awesome. They ship just about everything on the menu, beef brisket, burnt ends, pulled pork, ribs, sausages and more. But here are a few other world-class options that ship. Central BBQ is the best overall barbecue restaurant in Memphis, and among many tasty things, makes near-perfect racks of ribs. They ship ribs, pulled pork and combo packs. For traditional Texas-style roadhouse BBQ, especially beef brisket and stunning homemade sausage, it’s tough to beat legendary Kreuz Market from Lockhart. A classic hand carved by the pound smoked meat joint, Kreuz also has some unique specialties they ship including smoked prime rib, beef clod, pit ham, smoked turkey, pork chops, and lots of assorted party-ready tailgate combos – don’t forget the sausages!

Tuscaloosa’s Dreamland BBQ is more closely associated with college football, but when it comes to ribs, they are hard to beat for any sport. The venerable eatery’s slogan is “Ain’t nothing like ‘em nowhere,” and that’s pretty accurate, as the ribs are unique, “hickory fire grilled” rather than smoked in the traditional Southern style. But they are exceptionally delicious, big, meaty, and juicy, available direct from Dreamland.

Fried Chicken: Talk about easy – all you have to do is put it out, hot or cold, with or without sides, and everyone loves it. But unless you are a Southern cook who makes this regularly, it’s not something you want to jump into cooking yourself for game day, a messy lengthy process. In yesterday’s piece I covered the specific niche sub-genre of Nashville Hot Chicken (a la Tennessee Titans) and how to have that shipped, but for regular fried chicken you just want to bring in. However, I would absolutely skip the biggest national chain, as it comes up short on crunch and flavor, and if you have access, the top fast-food choices are national Popeye’s and the smaller more regional Church’s and Bojangles. Popular Southern chains Zaxby’s and Raising Cane’s both do a good job with tenders, which is also an easy to serve party food, but bone-in fried chicken (and d some dark meat) tastes better.

Otherwise, if you just want to do your own cooking and keep it simple and casual, nachos are an easy no-brainer, a classic football dish and crowd pleaser, and you can go as simple (cheese, salsa and jalapenos) as you want, or add taco beef, chicken, beans, or more. A pot of chili is another easy to prep homemade dish that is party ready, especially if you serve it with some cornbread. Lasagna is a can’t-miss party dish you can keep out and people will keep eating. Whatever you serve, stay safe, and have fun!