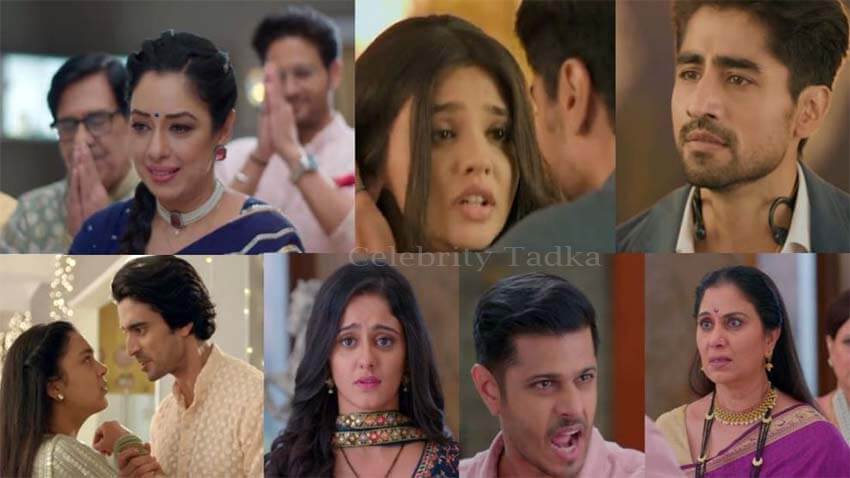 Star Plus show Yeh Rishta Kya Kehlata Hai has been grabbing lot of attention with it’s new storyline. The new track of the show revolves around Abhimanyu, Akshara and Aarohi. Abhimanyu has already started falling in love with Akshara, while Aarohi’s liking towards Abhimanyu is increasing. Meanwhile, the Goenka siblings and Birla siblings are having fun together in the picnic at the same hotel. In the upcoming episode, Abhimanyu and Akshara will come close. Akshara will get panic attack while Abhimanyu will console her. Aarohi will get jealous seeing them together. On the other hand, Abhimanyu’s mother is happy thinking that her son likes Aarohi and she will talk to Goenka’s about Aarohi and Abhimanyu’s marriage.

Star Plus show Anupamaa is getting interesting with each passing day. The show stars Rupali Ganguly, Sudhanshu Pandey, Madalsa Sharma, Gaurav Khanna in key roles. In today’s episode, Anupama finally got her own house on rent and all set to celebrate her first Diwali at her new house. Anuj gifts Anupama a keyring of her name for her new house. Kinjal, Samar, Babuji along with other family members will attend Anupama’s new house party, while Baa, Vanraj and Kavya refrain from going Anupama’s new house celebration. Not only this, Baa even vows to break all the relationship of Anupama with her family.

In the upcoming episode, Dolly comes Shah house and lashes out at Baa for insulting Anupamaa. She tells Baa that she will break all ties with her. She taunts Baa that she never had issue with Vanraj-Kavya’s affair, but having problem with Anuj-Anupama’s friendship. Vanraj gets furious and asks her to give her side of the house back to them.

Star Plus show Ghum Hai Kisikey Pyaar Meiin is grabbing lot of attention with it’s new twists and turns. The show stars Neil Bhatt and Ayesha Singh in lead as Virat and Sai. The current tack of the show revolves around Sai and Virat planning to reunite Ninad and Ashwini. The two had planned a grand wedding anniversary celebration for Aayi-Baba. On the other hand, Pakhi is instigating Bhavani Kaku against Sai.

Imlie is one of the most loved show on television. It stars Sumbul Touqeer Khan, Gashmeer Mahajani and Mayuri Deshmukh in pivotal roles. The current track of the show revolves around Malini who’s leaving no stone unturned to come close to Aditya and creating misunderstanding between Aditya and Imlie.

In the upcoming episode, Aditya and Imlie will get into heated argument as Aditya doubts Satyakaam while Imlie defends her Dadda.