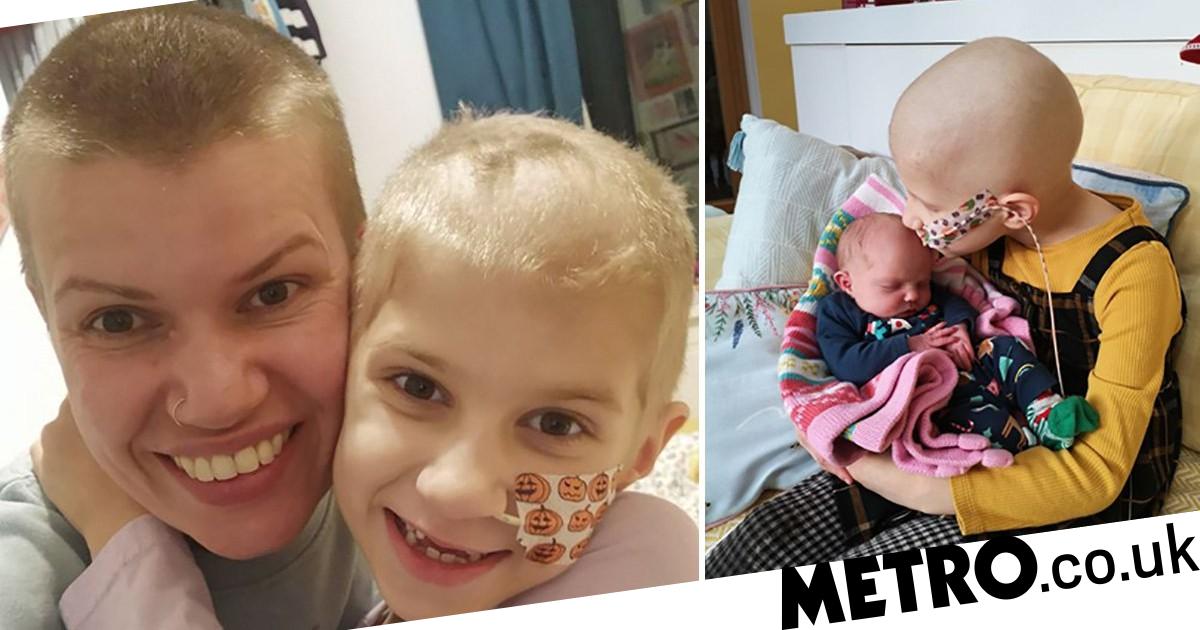 When Hannah Potter’s young daughter first mentioned her back pain, the mum-of-two thought she had just pulled a muscle.

But within weeks, six-year-old Flo could barely get off the sofa or walk by herself.

‘She’s always climbing trees and stuff so we put it down to a pulled muscle or something,’ explains Hannah.

‘A few days later she was still complaining of pain, and she has quite a high pain threshold, so I contacted the doctors but we couldn’t see them because of Covid.

‘So they said it sounds muscular so to call back if it got worse which I did a week later.’

When Hannah couldn’t get a face-to-face doctors appointment, she took her child to Sir Robert Peel Community Hospital in Tamworth.

‘I took her to a walk-in centre, where doctors said it was muscular and barely looked at her,’ Hannah tells Birmingham Live.

‘That happened a couple of times and then I took her to A&E – I thought she might have an infection in her spine and they told me that I was being a bit dramatic.

‘I trusted the doctors, so I believed them.’

However, further tests revealed that she had high-risk neuroblastoma – a rare form of cancer that starts in certain nerve cells.

‘We were told at one point that she probably had childhood arthritis, so we were never expecting a cancer diagnosis,’ adds the mum.

Flo began chemotherapy the day after her diagnosis and started losing her hair due to treatment.

When this happened, Hannah shaved her head too, to help her daughter through the process.

The six-year-old is currently undergoing five different chemotherapies, to tackle the 100 areas of cancer throughout her body – even in the bones in her face.

The family are now fundraising for a treatment in America that could prevent the cancer from returning.

‘There is a vaccine available in New York which costs £250,000, so we’re trying to raise money for that,’ Hannah adds.

‘The cancer she has a high rate of relapse so that would hopefully stop that.

‘If we don’t use the money for that, then we will donate the money to all of the charities that have helped us instead.’


MORE : Parents of toddler misdiagnosed with constipation find out she actually has rare liver cancer