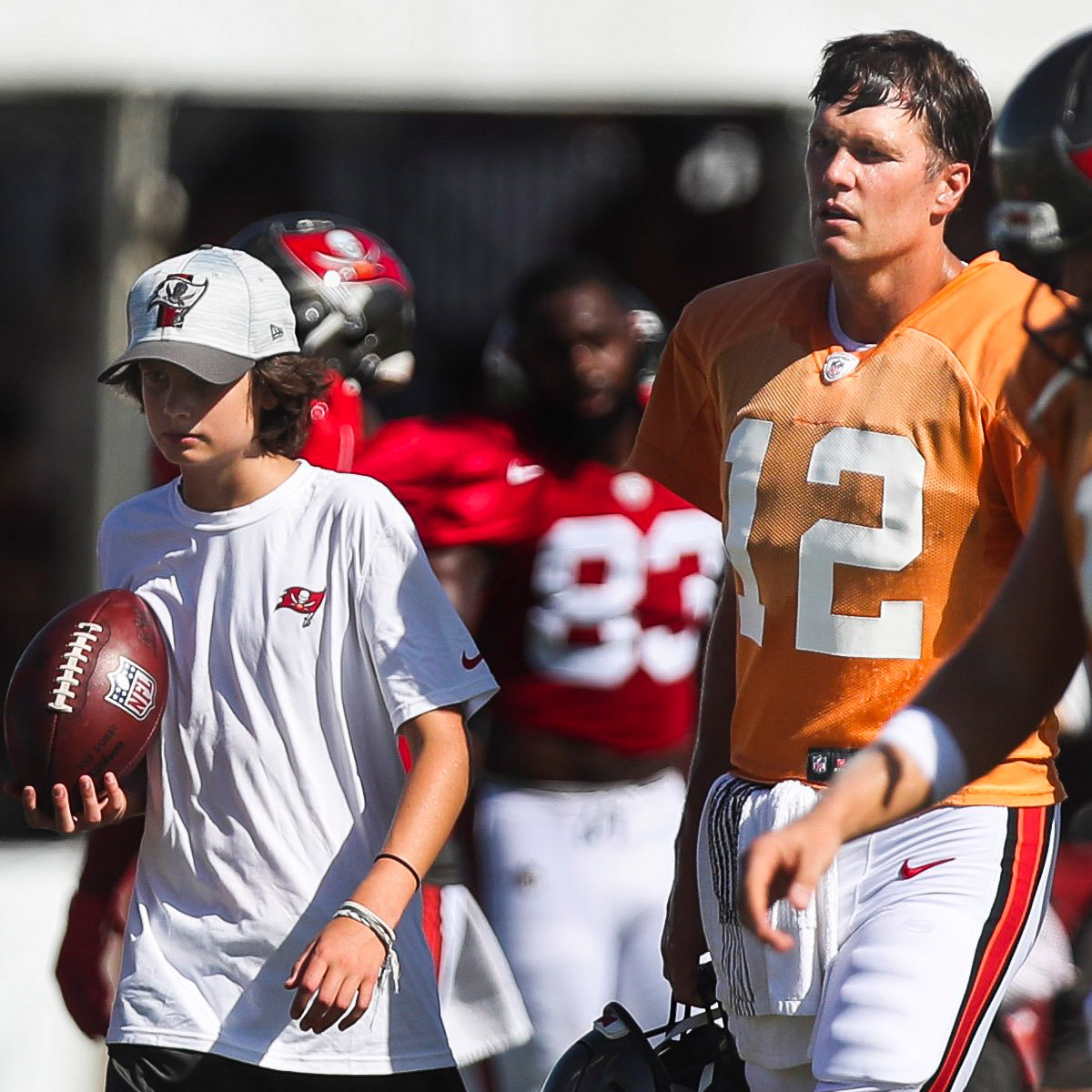 The famous athlete added that his oldest child Jack, witnessed Michigan’s win alongside him. “I had a little future Wolverine, my son Jack, sitting on the bed with me as I was jumping around and we were wrestling and I said, ‘That’s where you’re gonna be! You’re gonna be in the ‘Big House’ someday. You’re gonna be the starting quarterback for Michigan.’

But not everyone in the Brady household is sold on the 14-year-old following in his father’s famous footsteps. “And my wife [Gisele] was like, ‘Just let him be what he wants to be for god’s sakes!'” Tom recalled about Jack’s stepmom. “It was a great day for our family.”

Only time will tell whether their eldest son Jack takes on football, but its safe to say he’s garnered the support from both of his parents either way.

Tom, 44, and Gisele, 41, share son Benjamin, 11, and Vivian, 8. He also has a 14-year-old son, Jack, from a previous relationship with actress Bridget Moynahan.

Scroll through the photo gallery below to relive Tom and Gisele’s romance.