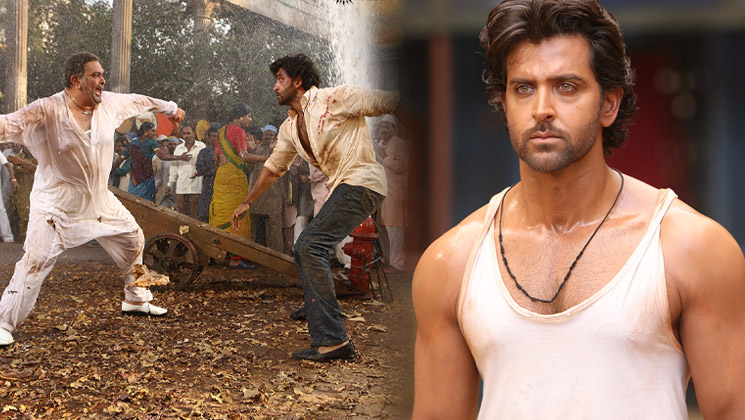 The remake of Agneepath that was released in 2012 was one of the biggest hits back then. The film was a remake of Amitabh Bachchan’s cult film with the same name and the remake was headlined by Hrithik Roshan who essayed the role of Vijay Dinanath Chauhan. As the remake clocked 10 years, Hrithik took to his Instagram and shared a small video of the film while celebrating 10 years of Agneepath. Apart from remembering the cast —Sanjay Dutt and Priyanka Chopra, he also recalled working with the late Rish Kapoor.

As Roshan thanked the fans for accepting his version of Vijay Dinanath Chauhan, the War actor mentioned that sharing the screen with Rishi Kapoor was a milestone in his career. He wrote, “10 years already… The thought Alone has me reliving the anxiety & towering responsibility I felt being a part of Agneepath remake. A big Thank You to everyone who gave a chance to my version of Vijay Dinanath Chauhan. My love to the talented Karan Malhotra, the wonderful team at Dharma under the guidance of Karan Johar, my dearest priyanka chopra, Sanjay dutt Sir & the brilliant cast + crew. Sharing screen with Rishi uncle will always be a milestone in my career.”

On the professional front, the Super 30 actor will be next as Vedha in the Hindi remake of Vikram Vedha. He will be sharing the screen space with Saif Ali Khan. He will be seen with Deepika Padukone for the first time in Fighter.

Also read: Hrithik Roshan and Kareena Kapoor to reunite for a film?