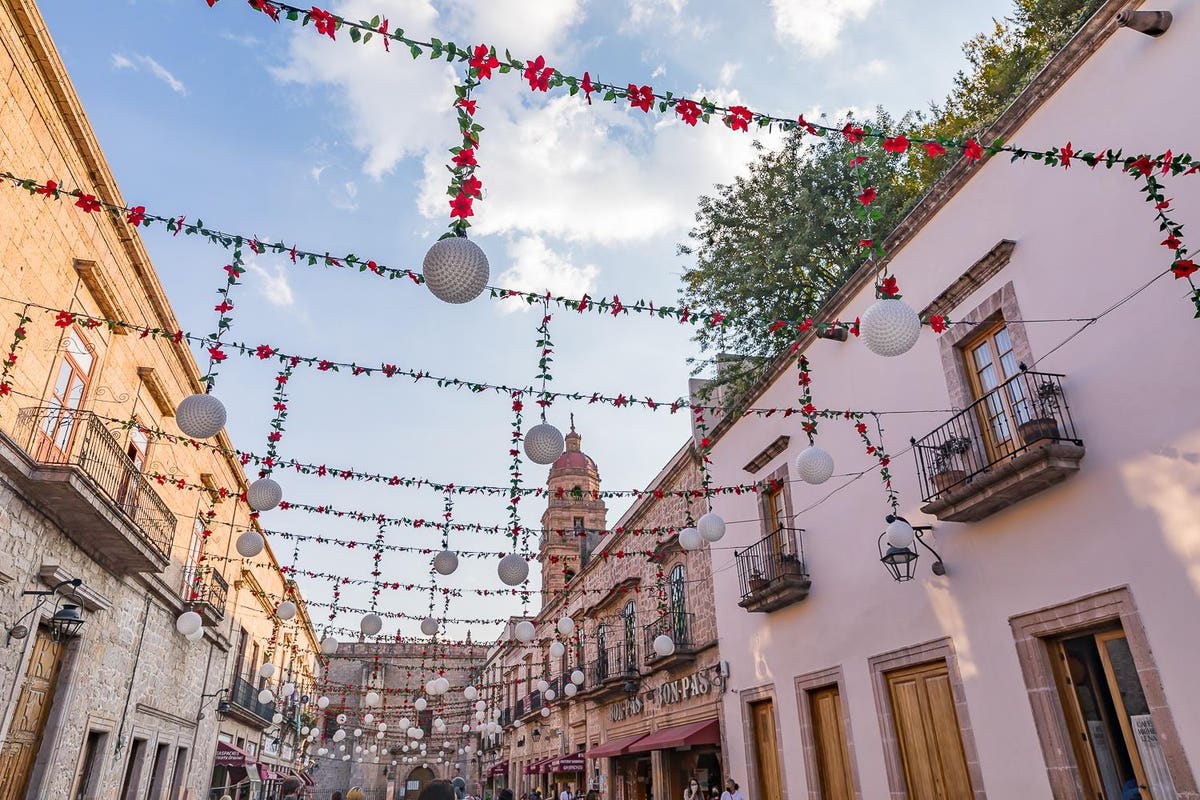 Located in central Mexico, Morelia not only happens to be a “world heritage city” thanks to its 16th century Spanish architecture, but also happens to be the heart of where “Avocados from Mexico” are actually grown. The Mexican state of Michoacán, of which Morelia is the capital, produces 80% of the avocados the US consumes each year and when you visit this region you get access to authentic Mexican cuisine, friendly locals, and lots of breathtaking Spanish colonial architecture. Morelia is Mexico’s hidden gem worth exploring in 2022 if you love avocados, carnitas or beautiful sights.

The History of Morelia

When you arrive in Morelia the architecture is staggering yet organized. The city is laid out in a grid, which is quite impressive considering that cities that are a century younger like Boston are nowhere near as orderly.

While the first residential settlements developed around a Franciscan monastery in 1537, Morelia was officially established as a city via the permission of King Philip II in 1547.

The entire city was built with pink stone, and the baroque churches that punctuate the landscape give the area a certain level of gravitas that you just don’t expect to see in North America. The Morelia cathedral, the Santa Rosa Church, the Las Monja Church and the Guadalupe Church are all worth a visit and are great destinations to keep in mind when exploring the city by foot. There are also plenty of 17th and 18th century monuments that you will pass as well. Middle Age, Renaissance and Neoclassic architecture all dot the landscape amongst the prevailing “Baroque Moreliano” style throughout the city.

There are about 29,000 avocado growers in Michoacán, with the majority cultivating five acres or less meaning that these are family run farms. However, this is where 80% of the avocados that we buy in the United States come from. In the last seven years, the volume of avocado imports into the United States have doubled from 1.2 billion pounds to 2.4 billion pounds last year.

If you explore the areas surrounding Morelia, you will see the avocado groves everywhere you look—the lush green trees carpet the landscape. According to Alvaro Luque, the President & CEO of Avocados From Mexico, “It all starts in magical Michoacán, Mexico, which is the central hub of Mexican avocado production. It’s the only place in the world where avocados can bloom 365 days of the year due to its unique rich volcanic soil and abundant rainfall and sunshine. This consistent climate makes for perfect conditions to grow avocados, which is why it’s home to Avocados From Mexico.”

What to Do in Morelia

Because the city is a picturesque marvel, the number one thing you must do when visiting is take time to stroll through the city center and soak up the unique combination of styles throughout.

Along the way there are dozens of cafes, restaurants, and shops to explore as well. For a stylish lunch visit La Conspiración de 1809. This restaurant is housed in a beautiful historic property and offers both indoor and outdoor seating. This also happens to be the precise location, where the “Conspiracy of 1809” occurred, which is where the fight for Mexican Independence really began to take legs. Taking inspiration from Moreliano Mariano Michelena, who was a key player in this insurrection, the restaurant certainly has a rebellious streak. They serve traditional Michoacán cuisine in a modern way—things like grasshopper toast, grilled marrow and Huitlacoche are the local delicacies worth checking out.

After lunch stroll over to the Morelia Cathedral. The impressive exterior is breathtaking, but once you step inside, you will forget you are in Mexico. This enormous space feels as if it has been plucked out of Spain. The elaborate alter is worth snapping a few photos; it features an 18th-century baroque altar frame titled Manifestador de la Plata (Silver-Manifestation). However, all this beauty was not built in a day; construction on the cathedral took over 80 years and was finally competed in 1744.

The place to stay in Morelia is Hotel Los Juaninos. Located in the heart of the historic center, the hotel overlooks the Cathedral. A former palace turned hotel; Los Juaninos is filled with lots of little design details that the boutique hotel buff will fall in love with.

From the arched hallways to the roof deck overlooking the Cathedral to the immense doors leading to each room—a stay here is one you are sure not to forget. Simplicity is one of the greatest indicators of luxury and the rooms have everything you need and nothing more in the best way—they feel light and airy and a little romantic.

If you are lucky enough to score a room overlooking the cathedral, you will wake up to an amazing view and go to bed with an even better one—the cathedral is lit up perfectly at night and gives the whole area a delightful sense of drama—a common theme throughout the city.