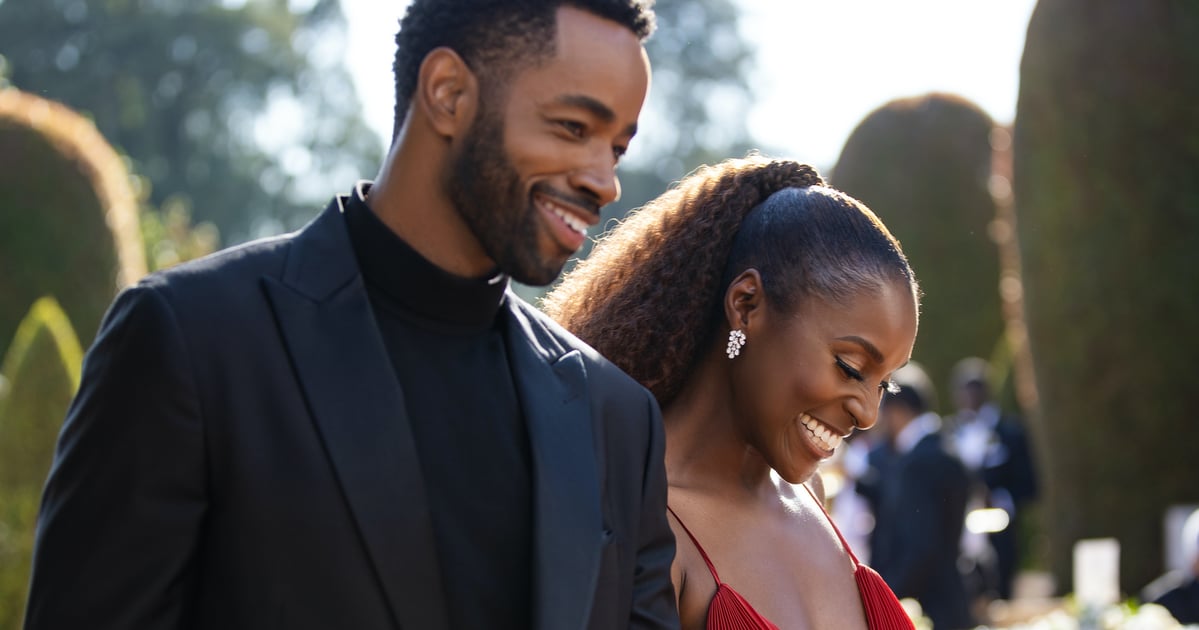 As POPSUGAR editors, we independently select and write about stuff we love and think you’ll like too. If you buy a product we have recommended, we may receive affiliate commission, which in turn supports our work.

Insecure‘s series finale had us so emotional, our constant stream of happy tears nearly obscured a major plot point: Issa Dee and Lawrence Walker are engaged! In the concluding minutes of the HBO show’s last-ever episode, we catch a few blink-and-you’ll-miss-it glimpses at Issa flashing a gorgeous engagement ring as she hangs out with Lawrence and his son, Elijah, in their kitchen and talks on the phone with Molly. Though the camera doesn’t zero in on the ring at any point during the scene, it’s pretty darn hard to ignore — so much so that we literally paused and rewound the episode to fully admire it.

Because we don’t get any close-up, in-focus shots of Issa’s ring, we reached out to a few experts for their take on the style and cut based on the footage we do have. Los Angeles jewelry designer Grace Lee told POPSUGAR the diamond appears to be a 1.5-carat rock that’s either asscher, emerald, or oval cut, secured in a rectangular frame, and set in rose gold. She estimates the ring would cost about $15,000 (damn, Lawrence!). Meanwhile, New York City jewelry designer Ashley Zhang notes the diamond, which seems to be surrounded by a halo of smaller jewels, could also potentially be cushion cut and estimates a value of approximately $25,000. Zhang also speculates the band may be a split shank style, which is coincidentally the band style for Issa Rae’s real-life engagement ring from husband Louis Diame. Perhaps that was Issa’s form of a subtle Easter egg?

In case you happened to miss Issa’s gorgeous engagement ring on Insecure, fear not, because we have a photo for you to gawk at ahead, along with a few similar ring styles to browse.