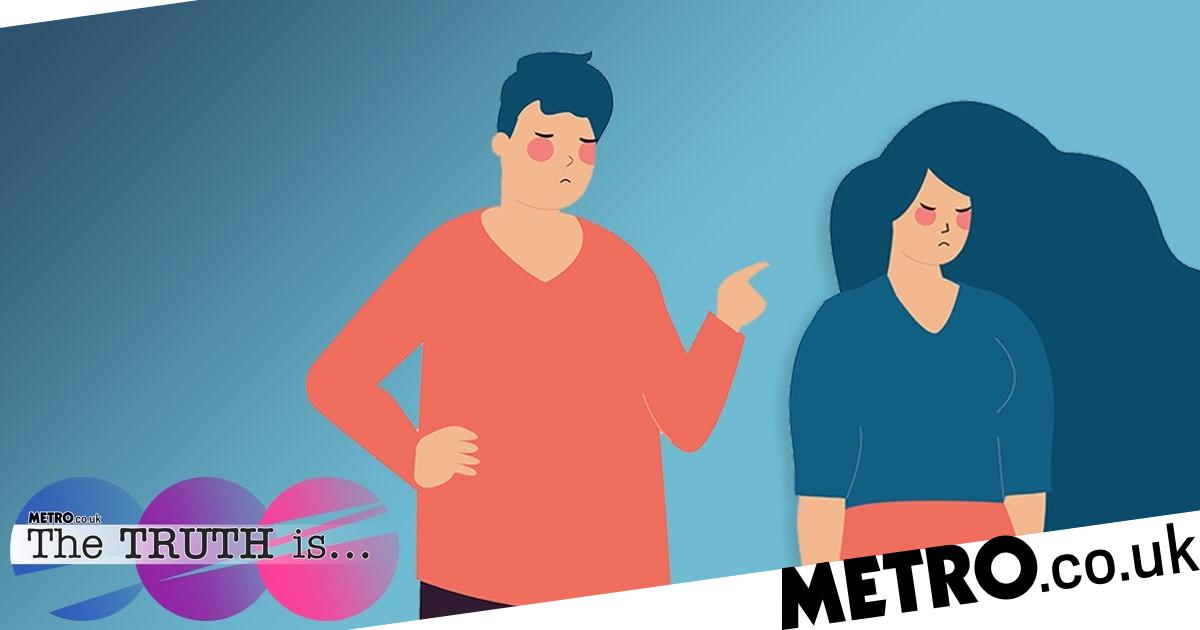 Last year, I was on a third – and what turned out to be final – date with a man I had met on Tinder.

Our first two had been amazing, and I thought I really liked him. But his true colours came out during this meeting, when the subject of past lovers came up.

I was sitting on his sofa, waiting to head out for the evening. We were chatting about the usual stuff, and got on to the subject of dating in general. Then, out of nowhere, he asked what my ‘magic number’ was.

Knowing that I wasn’t comfortable with this topic, I braced myself for a potentially difficult conversation. I firmly believe that how many people a person has slept with is irrelevant – a person’s past is exactly that, their past. No one should be judged for it.

I told him that I didn’t want to disclose that information. Things then took an even worse turn than I had expected.

‘My mates and I don’t date women who have slept with over 10 men,’ he said without flinching.

Shocked, I immediately asked why, as a 37-year-old man, it would possibly matter if a woman he dated had slept with over 10 men? ‘It makes them a certain type of girl,’ he said.

My stomach instantly sank. The fact that he said this so openly, as though it was a totally normal viewpoint – and without even knowing my number – made me feel uneasy.

He clearly assumed that because I hadn’t slept with him yet, I must have slept with fewer than 10 men in my lifetime. A completely unfair assumption that made me feel judged and embarrassed.

If I’m honest, I should have realised from the get-go that he had outdated views. We hadn’t been intimate yet and he kept saying that he ‘respected’ me for this. While I initially took this as an – albeit old fashioned – compliment, it turned out to be a warning sign of things to come.

We hadn’t even left the house to go out yet, but he wouldn’t let the subject go. He kept reiterating the fact that women who have slept with over 10 men are ‘overly promiscuous’.

I asked him what he’d think if I said the same thing to him, and he told me that it was different for men. This comment made me feel sick to my stomach. He even admitted that, following the breakdown of an eight-year relationship in his late twenties, he had a ‘few wild years’, by which I’m assuming meant his ‘magic number’ was a lot higher than 10.

The hypocrisy stunned me into silence. It’s not often I’m lost for words, but this was beyond ridiculous. I felt angry and considered leaving. But I continued with the date, despite feeling uncomfortable. I wanted to give him a chance but I couldn’t get his comments out of my head.

We managed to move the conversation on and have an enjoyable evening. However, more red flags popped up later that night when he messaged me after I got home saying: ‘I don’t want to know your number, but was I on the right lines with 10?’

This really got to me. The subject of how many people I have slept with isn’t a topic I care to discuss with people I’m dating, especially in such an early stage of getting to know each other.

Why does it matter what happened before we even met?

The average number of lifetime heterosexual partners is 7.7 for women, 11.7 for men, according to data from the British National Survey of Sexual Attitudes and Lifestyles, which interviewed adults between 2010 and 2012. I imagine in the decade since, this number has risen.

Yet in society, women are judged and sometimes even labelled as ‘promiscuous’ for their dating history in a way that men simply aren’t.

It felt obvious to me that he wouldn’t want to continue dating me if he discovered I had slept with more than 10 men. I felt judged and told him I felt uncomfortable. But he didn’t understand my concern and instead told me I’d ‘misunderstood’ him and that he wasn’t judging. I’m not sure how I could have misunderstood him – he was very clear about his opinion.

Having previously been the kind of person who tends to cut men off at the first sign of trouble, I decided to give him a chance, to see how things went.

But before our next date, the topic of my upcoming girls’ holiday to Ibiza came up. He messaged me saying: ‘Don’t tell me that you wear thong bikinis? Not one of those exposed bum, walking around the beach types? Please no.’

He went on to add that he also wouldn’t approve of his partner sunbathing topless, again claiming it would make them a ‘certain type of girl.’ A few days later, he made a comment about how he doesn’t like women who swear, as once again, it apparently gives off some kind of impression about who they are.

Horrified, I spoke to my closest girlfriend and she said that, for her, they were all warning signs indicating that he could be controlling down the line. If you can’t be your complete self with someone without being judged or told how to behave or what you can and can’t wear, how can you have a successful relationship?

That was what made me realise I had to end it. I told him via text I felt I couldn’t be with someone who had such strict rules and criteria when it comes to women. He tried to argue, so I eventually stopped replying to avoid going round in circles.

Since then, I’ve spoken to various women who have experienced similar judgement from men when it comes to their ‘number.’

One friend even told me that someone she dated didn’t want to see her again after she told him the age she lost her virginity. Others have faced similar judgement to me, being called ‘easy’ or ‘not girlfriend material’ solely because of their sexual history.

This makes me feel angry. It shouldn’t matter how many people women have slept with because ultimately, our sexual past and preference is not what makes us who we are.

Respect for a woman shouldn’t come from her decision to have – or not have – sex. It should come from how she is as a person, her successes, ambitions, and so much more.

Luckily, I didn’t let him put me off dating and I’ve since met someone who hasn’t brought up my ‘magic number’ and doesn’t care about my past. If I ever dated someone who had those kinds of views again, it would be a huge red flag and I wouldn’t continue seeing them.

The fact that in 2021, men are still berating women about their sexual pasts while celebrating their own conquests shocks me. When will these double standards end?

Sadly, it doesn’t look like it will be happening any time soon.

Metro.co.uk’s weekly The Truth Is… series seeks to explore anything and everything when it comes to life’s unspoken truths and long-held secrets. Contributors will challenge popular misconceptions on a topic close to their hearts, confess to a deeply personal secret, or reveal their wisdom from experience – good and bad – when it comes to romance or family relationships.


MORE : I want to be with my girlfriend – but I’m trapped in an arranged marriage


Rush Hour Crush – love (well, lust) is all around us