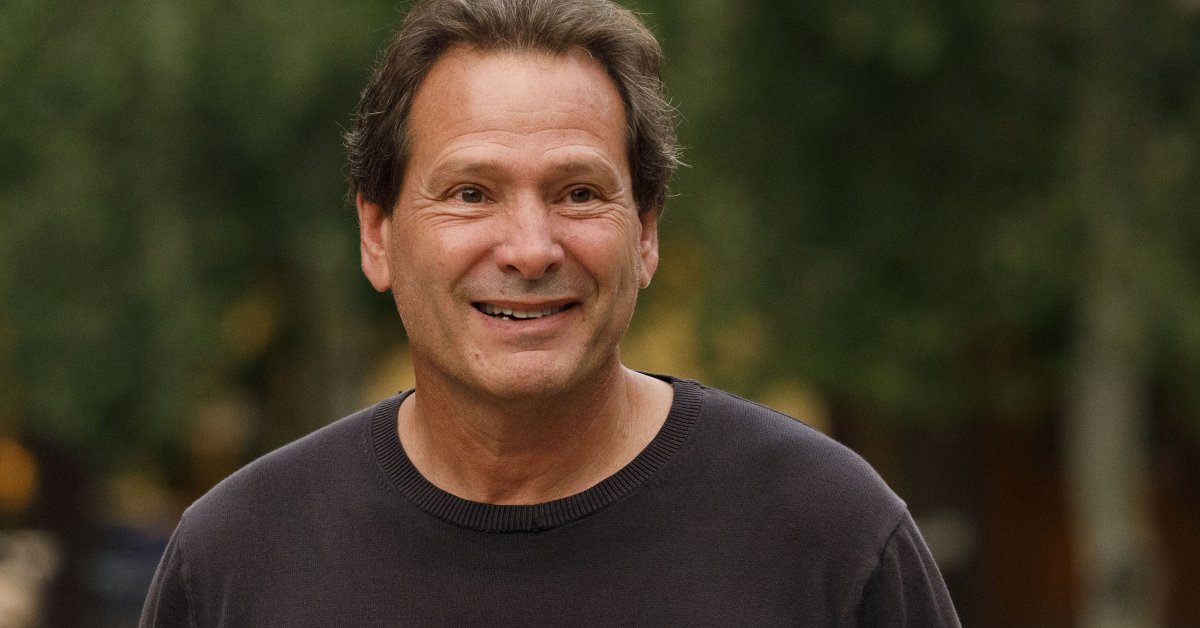 (To receive weekly emails of conversations with the world’s top CEOs and business decisionmakers, click here.)

PayPal’s CEO and president did not learn his most important business lesson in the C-suite of the $215-billion fintech platform, which he has led since 2014; nor in his previous top jobs at T-Mobile, Sprint, Virgin Mobile or Priceline. In his mind, it came from Krav Maga, the Israeli martial art, which he learned as a teenager and, at 63, still practices every day: “If you stand still, you’re asking to be hit,” Dan Schulman says. Introducing the new season of his podcast (called “Never Stand Still”) he says, “You have to stay in motion to thrive and be competitive. I’ve applied that lesson throughout my career, not just to business, but in life.”
[time-brightcove not-tgx=”true”]

Schulman’s industry is in rapid motion these days: The new technologies of distributed finance and cryptocurrency are radically reshaping people’s behavior, and prompting central banks to scramble to adapt. PayPal itself lagged in embracing crypto, but in April 2021 it began offering digital currencies for all payments. Now Schulman is convinced that crypto will dramatically change people’s financial lives for the better.

Dating from a time when financial executives were far less likely to reveal their opinions, Schulman has not been shy in stating his, about everything from discriminatory bank practices and wealth inequities. That, he says, has meant putting his views into reality in the way he leads PayPal. In 2019 he raised wages and cut health-care costs for lower-pay employees.

Schulman agreed to sit still long enough for a Zoom interview in December. He spoke with TIME’s Vivienne Walt about how his very public commitments to social justice mesh with the way he leads PayPal’s 26,500 employees.

(These answers have been condensed and edited for clarity.)

You talk a lot about equity. A lot of companies talk about equity, ESG goals. How do we trust that companies are actually doing what they claim to be doing, when there’s no real way to measure it?

For me, it was like the second or third week coming in [as PayPal CEO] and saying, ‘Do we pay equally across gender and ethnicity?’ Of course the answer was no. We finally got the study back, they were like, ‘Do you want to take three years to address that inequality?’ And I was like, ‘How about we do it next week?’

Then, North Carolina passed the bathroom bill. [In 2016, the state banned schoolkids from using bathrooms for genders different from their birth certificates.] I felt it was a bill that allowed for discrimination. We had just announced a huge deal with the Governor of North Carolina to establish a 600-person operation center. Once I heard that, I walked down the hallway and said to our corporate communications, ‘We’re going to pull out of North Carolina, and within a week.’

How do your views impact the way you lead PayPal?

So I’ve created internal metrics to measure the financial health of our employees, not just kind of talk about it, not try and increase our minimum wage, but how much net disposable income do they have, after they pay all of their taxes and essential living expenses? We feel it needs to be a minimum of 20% for people to feel financially healthy. And when we did our initial study that ranged between 4% and 6%. And so we invested tremendously in our own employees, because that was consistent with the values that we have.

What’s the biggest problem with the way the financial industry is set up?

It’s expensive to be poor. The less money you have, the more it costs you to do basic transactions. If you want to cash a check, and you’re part of the banking system, it’s simple and easy. It’s usually free of charge. But if you’re outside the system, you need to stand in line waiting at a cash checking location, and pay. You’re waiting in line, you’re losing money on every transaction, and then if you want to pay a bill, you need to stand in line again, and pay a transaction fee to pay your bills. This is the kind of system we have today.

In the U.S., people who are outside the banking system spend about $140 billion on unnecessary fees and high interest rates to complete basic transactions. Think about that amount of money going to those populations that most need it.

The underlying infrastructure of the financial system today is quite antiquated. If I cash a check, it can take three days for me to get that money. If I do an international remittance, the receiving party may not get that for a week to 10 days. Why is that so important? Because those who have less income, usually their expenses are not greater than their revenues coming in. Getting money efficiently and quickly is essential for so much of our world’s population.

Ok, so what’s your answer?

There’s a solution to this issue. It’s rooted in technology, and it’s why PayPal wants to do what we call ‘democratize financial access,’ which is a fancy way of saying that managing and moving money should be a right for everybody, not a privilege for just the affluent.

If you send an international remittance to somebody, it doesn’t matter if it’s to Mexico or India, it can cost $8 for every $100. If you do that from one digital wallet to another digital wallet, it can cost under $2, and you have access to your money instantaneously. That’s a 6% savings. Multiply that on an industry level of international remittances, that’s $635 billion dollars. Just think about how much more money can go to those who absolutely need this.

But wouldn’t people still need a PayPal account to do this?

No, you can use PayPal by putting cash in a retail store. If you want to do a transaction, we can create a virtual card. People are doing that, quite a number of them. You just go in and give cash to a cashier. Instead of giving it to a bank, you give it to a cashier. Your mobile phone has all the power of bank branches in your hand. There’s an ability to bring more people into the system and create a more inclusive system with lower costs, and the ability to access your money quickly. I think it’s essential and possible.

How does crypto fit into this? Since August, people can now charge things on PayPal with crypto. Does it help bridge this gap you’re talking about?

The other thing is, if we can do away with some of the intermediaries in the system, we can probably lower the cost as well. And so the promise of this new technology is that it can be more inclusive, it can lower the costs of basic transactions, it could speed the time to get your money, make the system more efficient, and bring in more people. That is why we established a full business unit around blockchain technology and digital currencies. It’s why we are working with central banks and governments around the world to help shape what a future might look like that that’s more inclusive.

About 80% of the world’s central banks have some kind of studies or limited experiments underway. There’s clearly an understanding that the world is moving more and more to digital forms of payments. Central banks are looking towards all forms of digital currencies, for efficiency sake and lower costs, but also, the digital economy is upon us now. And clearly the pandemic accelerated that.

Is paper money really dying out, or is it just us sitting in Europe and California who think that? If you travel around Africa, no one takes a credit card.

Many people have forecasted the death of cash and been wrong, and I don’t want to be another in that long list! But everyone has a smartphone. It is becoming ubiquitous, and wireless connectivity is becoming more and more ubiquitous. The ability to leapfrog into the next generation of payments, that’s more efficient, faster, with less cost, is something governments are eagerly looking at. It just makes sense for them to do that for their citizens.

I saw the video of you buying great-looking cowboy boots with crypto last April. How does that actually work for regular PayPal users?

What we wanted to do with crypto was that you could easily use it at any of our 33 million merchants around the world. We know that merchants around the world do not accept cryptocurrencies. So what we did is we allowed consumers to instantaneously translate that cryptocurrency and sell it in into fiat currency to pay for that transaction. And so really what we were doing is enabling your crypto on your PayPal wallet to be used as easily as a credit card or debit card or your cash balance. That’s enabled quite a number of people to make transactions on it. And some use it some keep their cryptocurrency as an investment. Whatever they want to do is great with us.

So is there a conflict between profit and purpose?

My view of this is that profit and purpose are fully linked together. The only way to become a great company over time is to have the very best people, and over 90% of employees say that they want to work at companies that have a purpose. If you don’t have a purpose as a company, you will never attract the very best talent. And if you don’t have the very best talent, you will never be a great company. We can’t be about just maximizing profit next quarter. I am beginning to see more and more of our shareholders embrace that concept.