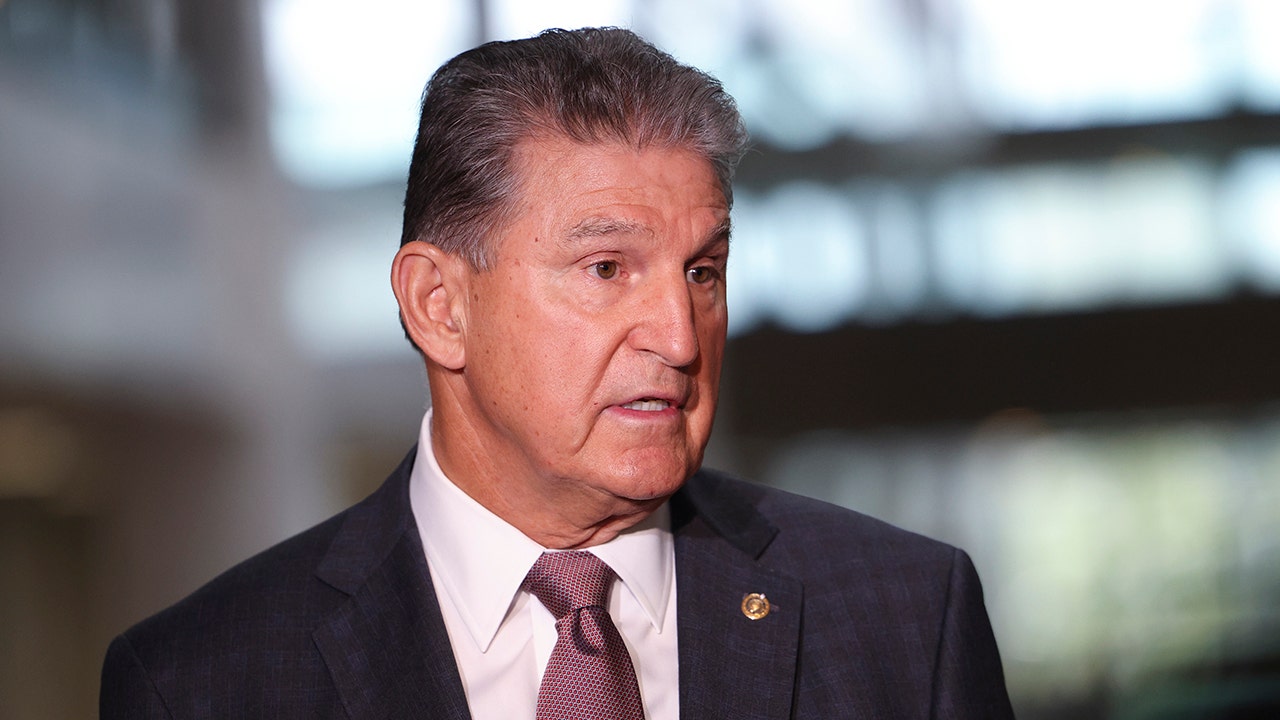 A group of climate change protesters boasted about blockading Democratic West Virginia Sen. Joe Manchin‘s car on Thursday, accusing the moderate lawmaker of trying to run them over in his attempt to drive through a parking garage.

The senator has also garnered quite a bit of attention for the vehicle he was driving.

Senator Joe Manchin, a Democrat from West Virginia, speaks on the phone in the Senate subway at the U.S. Capitol in Washington, D.C., U.S., on Thursday, Nov. 4, 2021. House Democrats appear close to votes as early as today on the White House’s $1.75 billion tax and spending plan and accompanying bipartisan infrastructure plan, even as negotiations continue among the caucuses in both chambers. Photographer: Al Drago/Bloomberg via Getty Images
(Al Drago/Bloomberg via Getty Images)

“We blockaded Joe Manchin’s car and he tried to run us over,” reads a TikTok video posted by @hungry4climatejustice showing the confrontation.

The clip shows a group of protesters standing in front and behind a luxury vehicle in a parking garage, holding a banner while at least one person leaned on the vehicle’s hood and others filmed themselves while yelling at the driver. The constant sound of a car horn can be heard throughout but it was not clear if it was Manchin honking.

“This is Joe Manchin’s car slowly pressing into our peaceful protesters,” a person says. “We want to live! We want to live!” which – along with “F–k Joe Manchin” – was the rallying cry of the demonstration aimed at convincing Manchin to support President Biden‘s multi-trillion dollar Build Back Better spending package.

Thomas Kennedy, who describes himself on Twitter as a Democratic National Committee member and “known agitator,” shared a different view of the incident posted by the group Hunger Strike 4 Justice.

Kennedy tweeted, “Watch Joe Manchin drive his car into protestors who are demanding that he stop blocking climate provisions in the Build Back Better package on behalf of fossil fuel and other corporate interests. What an awful, selfish, greedy man.”

A third video posted by Hunger Strike 4 Climate Justice shows another angle of the confrontation. The group said in its message, “[Sen. Joe Manchin], is the money worth selling our futures downriver? Is the money that green? Is it that good for you? How’d that Maserati feel while you drove into us this morning? #WeWantToLive”

No one appeared to be injured in any of the videos.

The incident occurred Thursday morning where Manchin docks his houseboat in Washington, DC. By the afternoon, the word “Maserati” was trending on Twitter, as users criticized the senator for driving the luxury vehicle.

Manchin’s office did not immediately respond to Fox News’ request for comment.