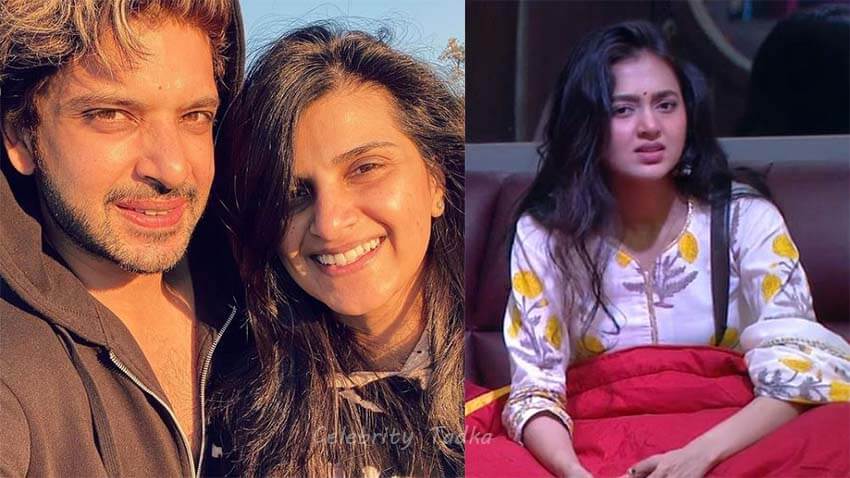 Bigg Boss 15 contestant Karan Kundrra has been grabbing lot of attention with his game play inside the house. Karan Kundrra‘s relationship with co-contestant Tejasswi Prakash is also making lot of headlines due to their love & fights inside Bigg Boss 15 house. The handsome hunk is receiving immense love and support from his fans. Karan‘s sister Meenu Kundrra is constantly showing her support to her brother and she recently spoke about Tejasswi-Karan’s bond and fight in the show.

In a recent interaction with Etimes, Meenu said that she wanted Tejasswi to understand Karan’s personality instead of harassing him. Speaking of Karan’s fight with Tejasswi due to Rashami and Shamita, she quoted saying, “It’s definitely over-possessiveness. It stems from a certain insecurity. Think of it, even I would feel the same if my love interest is giving attention to anybody else. Karan loves relationships aur sabse banake rakhta hai. As his love interest, Tejasswi should have seen this. She should let him be free and let him be independent, there is no need to withhold him. Karan tried to break free, like he was changing batteries for one and all. But again, it comes to the point that she may be childish.”

She further said, “Love the guy for what he is. Don’t try to change him. If you try that, I can see the agitation on his face; we are siblings. Tejasswi should sit down and understand Karan’s personality, instead of harassing him.”

Speaking about if she would like to meet Tejasswi after ‘Bigg Boss 15’ gets over. Meenu said, “We would love to meet her, even her brother and the rest of her family. Karan will definitely take his own decision. But as a sibling, I just don’t want any disrespect shown towards him. We would love to extend support to Umar Riaz, Shamita and Rashami. Rashami is a solid woman. I am a little sad that Umar is out.”

When Meenu was asked if she had sense the attraction between Tejasswi and her brother in the very initial stages. To which, she said, “I saw he was kinder towards Tejasswi. Hmmm… yeah I did see attraction towards Tejaswi from Karan’s side- and vice versa.”

(Source: The Tomes Of India)