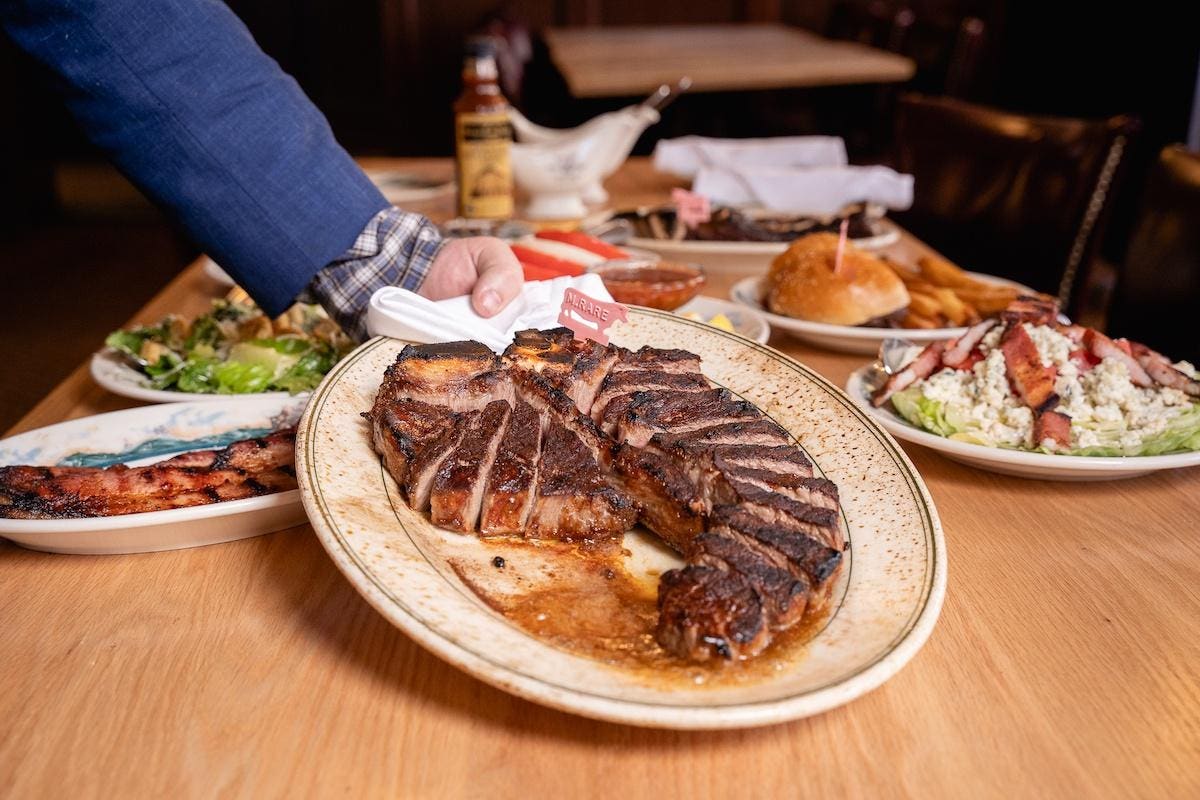 Peter Luger Steak House, a Brooklyn institution since 1887, is headed to Sin City. The iconic restaurant is slated to set up “residency” at Caesars Palace by the end of 2022.

Popular with locals and tourists from around the world, Peter Luger is known for its generous portions of high-quality, dry-aged, USDA Prime steaks, as well as delicious (and equally massive) sides like creamed spinach, baked potatoes with sour cream, and fried onion rings.

This Michelin-starred restaurant has consistently ranked at the top of Zagat ratings for steak houses in New York since the survey began. A foodie favorite, it was also named one of “America’s Classics” by the James Beard Foundation in 2002.

The spinach and steak sauce (served in a gravy boat on the table) have become such favorites that they made their way onto refrigerator shelves at supermarkets across the country.

One of the most popular items on the menu is the humongous Porterhouse steak, served sliced off the bone. The meat is tender, perfectly marbled, and cooked to perfection before it’s topped with a spoonful of clarified butter.

“We’re thrilled to be bringing Peter Luger to Caesars Palace. It was critical for us to be able to bring to Las Vegas the same menu, the same ambiance and—most important—the same quality beef that we are known for in New York, and Caesars was aligned with that vision,” said Amy Rubenstein, the President of Peter Luger in announcing the expansion. “Our two iconic brands have rich and celebrated histories, and we could not imagine a better partner in Las Vegas.”

The Brooklyn restaurant first opened 135 years ago as “Carl Luger’s Cafe, Billiards and Bowling Alley,” owned by Peter with Carl working the kitchen. Although its opening predated that of the nearby Williamsburg Bridge (1903), the eatery’s decor hasn’t changed much over the years. With dark, wood-paneled walls, a tin ceiling, and simple oak tables, it retains the feel of a clubby Bavarian beer hall.

The new restaurant at Caesars Palace will be located near MR CHOW (a London import), occupying a space that once housed Rao’s, which closed in November. It will join other celebrity chef-branded restaurants at the resort that include Gordon Ramsay’s Hell’s Kitchen, Pronto by Giada, and Bobby Flay’s Amalfi.

Yet, one wonders how Vegas will be able to replicate the brash—but highly professional—New York waitstaff that helped create Peter Luger’s unique ambiance.