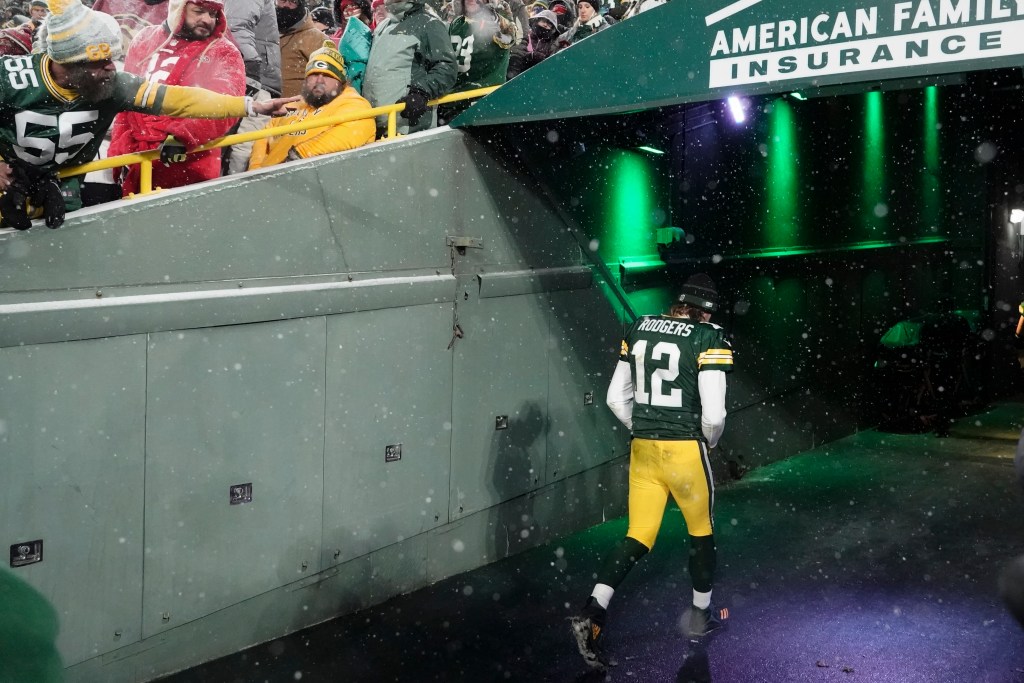 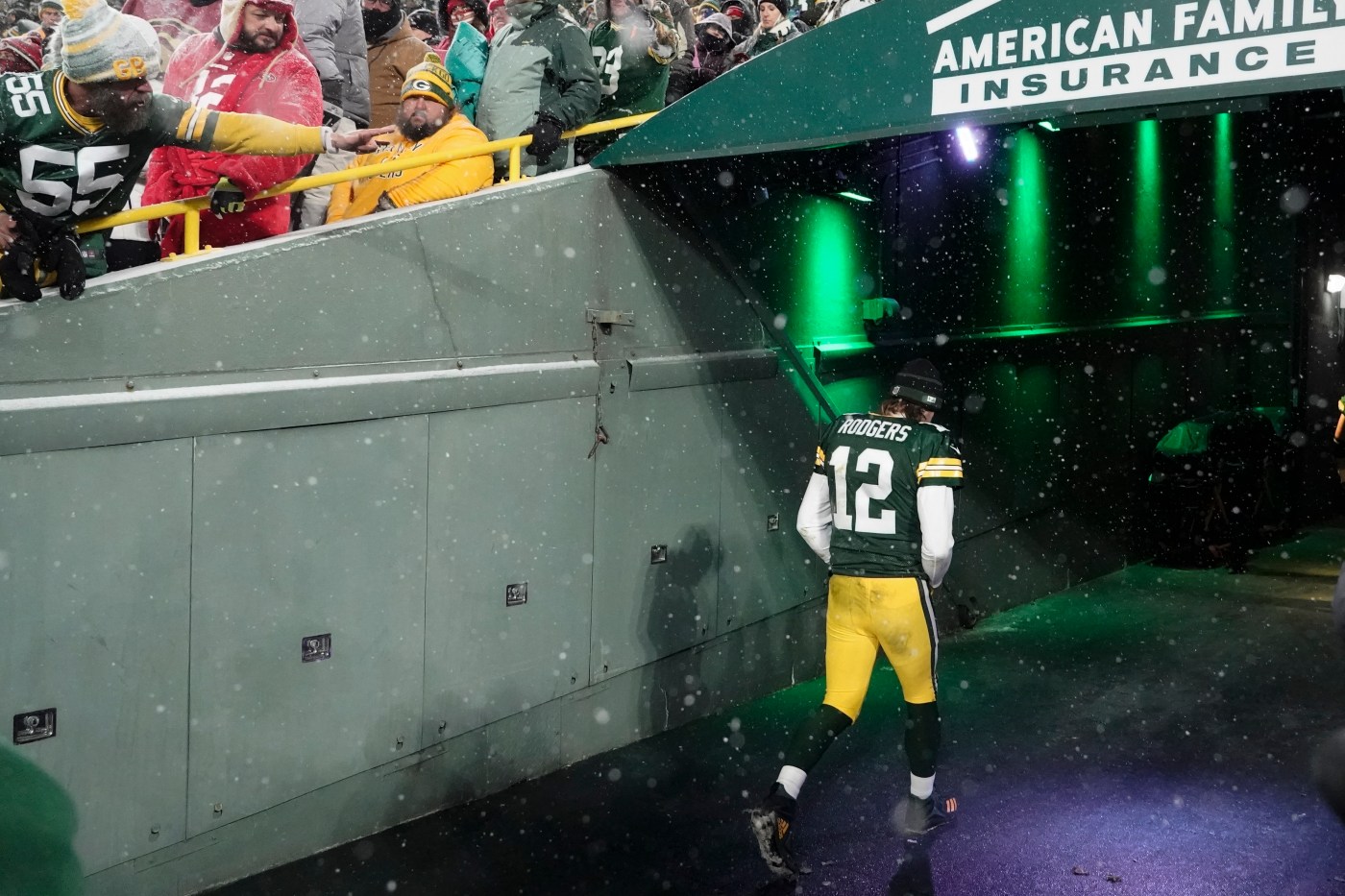 Eleven things about Aaron Rodgers and the Broncos:

1. Aaron Rodgers/Broncos Speculation Season began at 9:12 p.m. Saturday, four minutes after No. 12’s Packers team lost to San Francisco. Green Bay fans must have been too depressed to respond to my tweet saying, “See ya in March, bud,” under a picture of Rodgers. I wasn’t even called any names.

2. So we now wait … and project. So now we wait … and think out loud. So now we wait … for Broncos general manager George Paton to put Quarterback Plan 2022 into motion. Undoubtedly, the main question during his 10 interviews with coaching candidates was, “How do you fix our offense?”

3. Rodgers after the game (Part 1): “We truly had a Super Bowl-caliber team. In other years, it feels like sometimes you need things to go your way, but that didn’t feel like this season. … You just felt like this was a team that could really win it and didn’t need a bunch of things to go their way.”

4. Rodgers, expected to win his fourth NFL MVP award next month, dropped to 4-4 in home playoff games and lost as the No. 1 seed for the third time in his career. The Packers scored a touchdown on their opening drive and that was it. A completely inexcusable defeat. Bad pass protection (sacked five times) and hideous special teams (allowed a blocked field goal, a blocked punt that was returned for a touchdown and kick returns of 32 and 45 yards) and a non-descript game by Rodgers sent the 49ers to the NFC title game for the second time in three years.

5. Rodgers after the game (Part 2): “There’s obviously a lot of decisions to be made. … I don’t think it’s fair to anybody or myself to really go down those paths at this point. It’s disappointing, sad and fresh. I’ll have conversations in the next week or so to contemplate (the future) after that.”

6. The Broncos are one of the few teams (Pittsburgh, too) that need quarterback help and have the salary cap space to fit Rodgers’ salary. According to Over The Cap, the Broncos have $41,613,840 of cap space (eighth-most in the league).

7. Rodgers after the game (Part 3): “I don’t want to be a part of a rebuild if I’m going to keep playing.” The Packers, if they want to keep Rodgers, will remain in win-now mode and will restructure a bunch of contracts to create space for free agent-to-be-receiver Davante Adams.

9. If the Packers trade Rodgers, what would they want? Since last year’s draft, I figured they would want a mixture of players and picks so they can draft-and-develop and give quarterback Jordan Love a chance to succeed.

10. So our offer: Tight end Albert Okwuegbunam, receiver Jerry Jeudy (the extensions for Courtland Sutton and Tim Patrick sealed this decision and the Packers should want Jeudy instead of a recovering-from-injury KJ Hamler), first- and second-round picks this year and a second-round pick in 2023 that becomes a first-rounder if Rodgers leads the Broncos to at least the AFC title game. If the Packers are greedy, would they ask for a team-friendly contracted player like defensive end Dre’Mont Jones? Would they ask the Broncos to take another veteran contract with Rodgers?