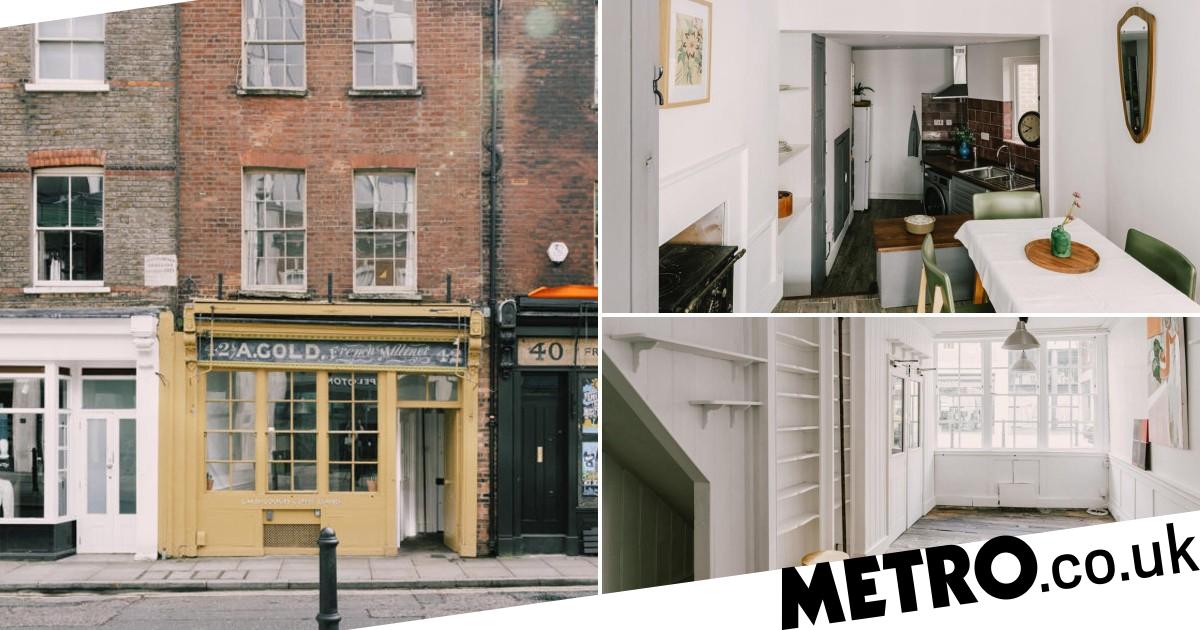 Fancy living in a piece of London history?

This Grade II-listed building in the middle of Spitalfields Market has been put up for sale for the first time in 20 years.

It even still has the original signage of a Victorian milliner out front.

Spanning three storeys, the terraced building has three bedrooms and three bathrooms and offers views over the market and Hawksmoor’s Christ Church.

The ground floor shop space has original hardwood floors and an office area with a fireplace including a cast-iron Victorian stove.

There’s also a basement with plenty of storage space and a bathroom.

You can enter the apartment from the ground floor. The first floor has a sizeable living room with plenty of natural light, a fireplace and more lovely views over the bustling street.

There’s also a dining room with another fireplace, this one including a Victorian stove, and a kitchen.

You’ll find two bedrooms and a bathroom on the second floor, with the bathroom including an original fireplace and a roll-top bath.

There’s also another bathroom and double bedroom at the front of the building.

The bathroom has stable doors which opens up onto an adorable private roof terrace.

The Rightmove listing reads: ‘The building dates from the 1770s and has an incredibly rich history having been used variously over the centuries as a milliner, a grocer’s warehouse and a series of jewellers’ offices (the shop retains its reinforced security measures at street level).’

The property is also being offered on a leasehold basis, with 978 years left on the lease.

Get in touch by emailing [email protected]


MORE : A whimsical farmhouse that looks like a castle is up for sale

MORE : Kent chapel transformed into stunning four-bedroom home is on sale for £1,150,000


Get all the need-to-know property news, features and advice from Metro every week.