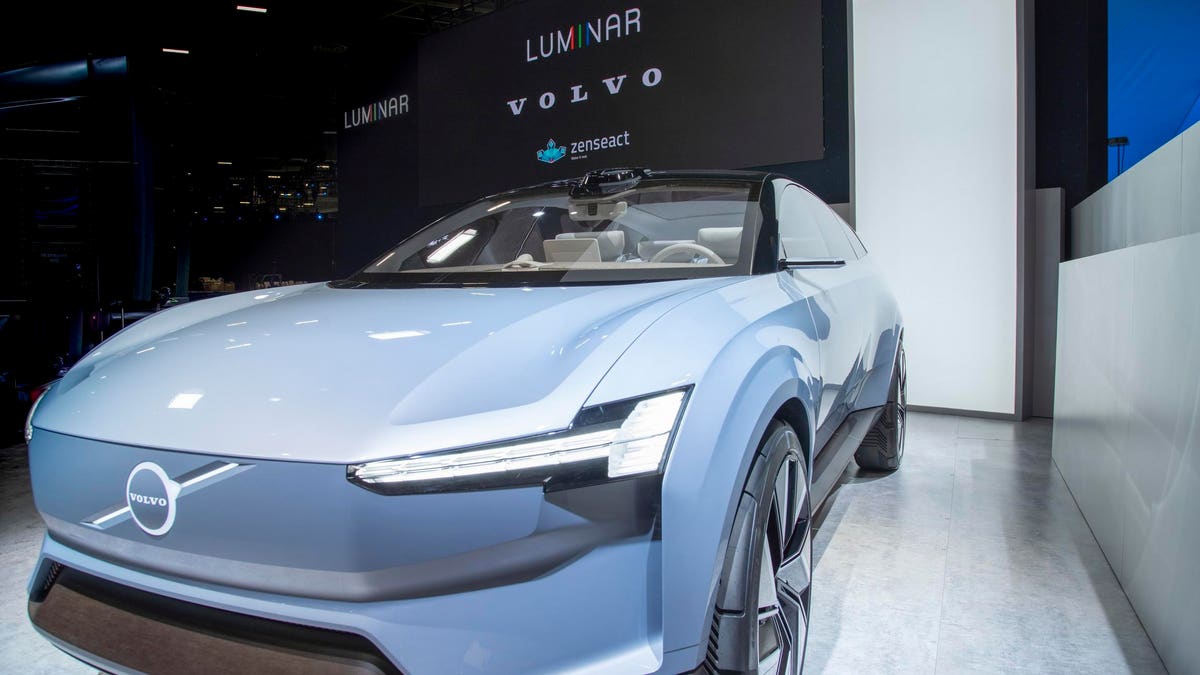 Lidar maker Luminar, founded and led by the youngest self-made billionaire tracked by Forbes, said its laser sensors will be standard equipment in Volvo Cars’ new line of electrified vehicles that will also be capable of autonomous driving while on the highway.

The Swedish carmaker showed off an electric crossover, the Concept Recharge, at Luminar’s booth at CES today in Las Vegas and said it will also apply for an autonomous test permit in California, where the vehicle will be launched. Automotive tech developer Zenseact is partnering with Volvo and Luminar to provide software, additional sensors and computer system to power Volvo’s Ride Pilot automated driving feature. The companies didn’t say when the battery-powered model goes on sale or when Volvo’s Ride Pilot subscription service would begin.

“This is the first series production, commercial (lidar) deployment of its kind—not even just for us, but for the broader industry,” Luminar’s Russell tells Forbes. “In terms of the capabilities that are being enabled from day one, this is where it’s definitely first.”

Lidar’s ability to “see” its surroundings in 3-D, in daylight or nighttime, has made it a critical technology for self-driving tech developers. In contrast to early industry leader Velodyne, which pioneered spinning, multilaser lidar sensors to create detailed “point cloud” maps, Luminar’s approach is a lower-cost, single-laser system that the company says requires less energy to operate and makes it easier to integrate into a vehicle’s roofline or body. Luminar says its Iris sensor detects objects 250 meters ahead of a vehicle that’s traveling at highway speed, and will cost between $500 and $1,000 per vehicle, depending on production volume.

“Having Luminar’s lidar standard in our new fully electric SUV is a game changer for Volvo Cars, as well as for automotive safety and autonomous driving,” Mats Moberg, Volvo Cars’ head of R&D, said in a statement.

Even customers that don’t sign up for Volvo’s Ride Pilot offering will improve the system as the sensors on their vehicles will collect traffic and road condition data that will be shared by all vehicles on the platform, said Zenseact CEO Odgard Anderson.

“The beauty of having the equipment standard is that all the cars are then collecting data, which helps us actually prove that the car is safe to go unsupervised,” she said. “Every single Volvo that comes out on the new platform will then be a data collector, so we can monitor that it’s working the way it’s supposed to, but also can collect whatever new learnings there are about rare edge cases and so on.”

Typically, companies that have applied for autonomous test permits in California have been developers of robotaxis, including Alphabet Inc.’s Waymo, General Motors-backed Cruise and Amazon’s Zoox, as well as autonomous truck companies such as TuSimple and Embark. By contrast, Volvo Cars’ application would be to validate the technology for use in personal vehicles.

While there are some similarities to the approach taken by Volvo Cars to that of Tesla, the electric vehicle maker led by Elon Musk hasn’t sought approval from California regulators to operate its passenger models in the state as autonomous vehicles. Musk also is a well-known skeptic of lidar—a position that no other major auto or self-driving tech developer shares.