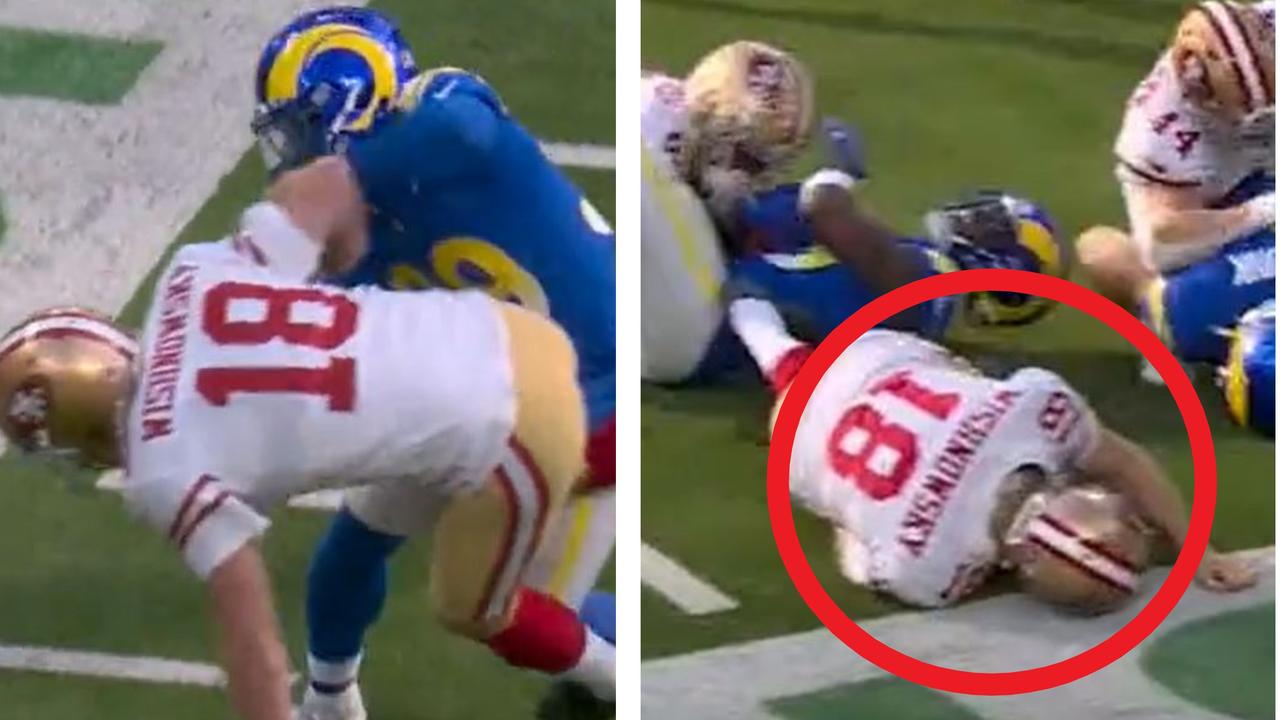 Australian NFL star and San Francisco 49ers punter Mitch Wishnowsky is fighting to be fit for the 49ers’ playoff tilt after sustaining a concussion due to a brutal knock during a punt return.

Midway through the second quarter, Wishnowsky was forced to punt from inside his own end zone as the Rams piled on the pressure.

Watch Live NFL every Monday, Tuesday and Friday with ESPN on Kayo. 6 live games every week + every game of the Post-Season. New to Kayo? Start Your Free Trial >

The ball sailed through the air and was caught by Rams wide receiver Brandon Powell on the halfway line, who spotted a path down the right side.

As Powell made a mad dash behind his teammates opening up a path for him, Wishnowsky bravely prepared himself to bring down Powell to prevent a touchdown.

However, Rams safety Antoine Brooks Jr took care of Wishnowsky in a brutal hit as Powell was eventually brought down at the Niners’ 22-yard line.

WATCH THE VIDEO IN THE PLAYER ABOVE

“Sick as f***”: Real reason behind shock firing as tensions rose to a “pretty bad place”

That’s what friends are for! Brady goes against coaches orders in $1.4m NFL power play

“One of the worst I’ve seen”: NFL rocked as heads roll in Black Monday chaos

Wishnowsky was assisted from the field before being checked out by the 49ers’ medical team.

The 29-year-old was ruled out of the game not long after and now is hoping to exit concussion protocols for San Francisco’s wild card playoff match against the Dallas Cowboys on January 17.

“Hopefully things will go well for Mitch this week and hopefully we get him back,” Shanahan said.