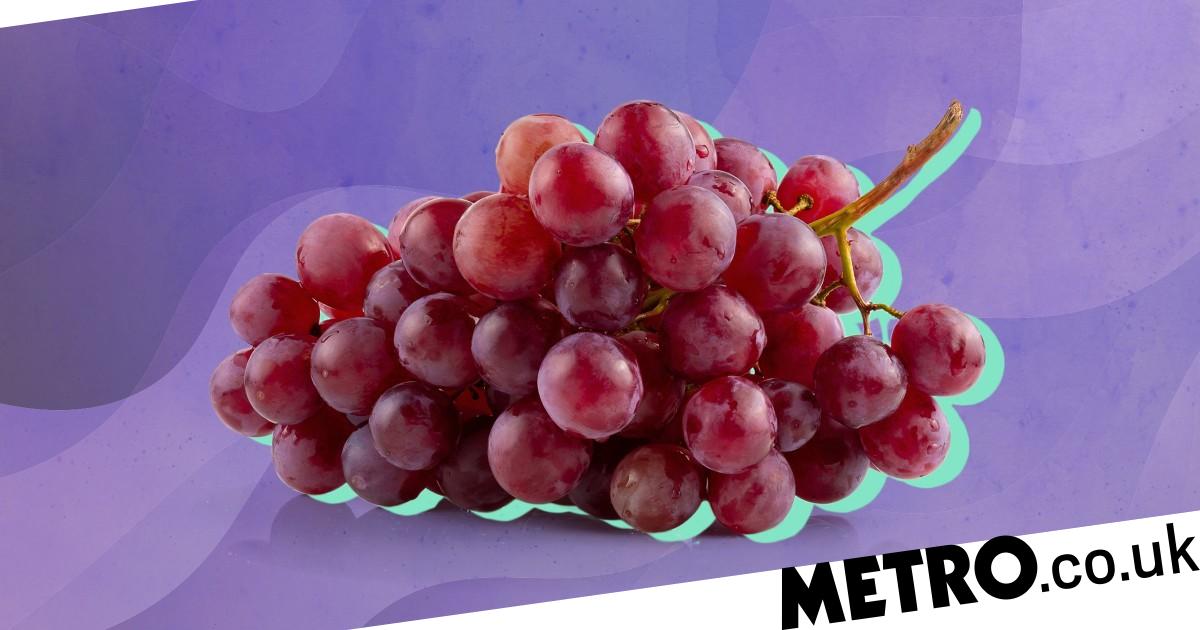 Looking for a snack that’s really, um, grape for you?

As our terrible pun suggests, grapes might be the fruit to go for.

That’s not just because they’re tasty, to be clear. A new study has found that snacking on grapes could lower your risk of heart attack or stroke.

This is because – as with most fruit and veg – grapes are loaded with nutrients that can improve health.

Specifically, the research suggests that grapes are a ‘superfood’ thanks to chemicals that boost gut bacteria and lower cholesterol.

The research team tracked 19 people between the ages of 21 to 55, asking them to consume around 40 grapes a day.

These participants were on a diet that was otherwise low in fibre and plant chemicals (polyphenols), so the scientists could focus in on the benefits of grapes alone.

Within a month, the diversity of the group’s gut microbiome was higher, which is a fancier way of saying that inside their tummy were loads more healthy bacteria.

Even better, they had almost 8% less ‘bad’ cholesterol, and levels of beneficial bacteria Akkermansia – which burns up sugar and cholesterol – increased.

Lead author Professor Zhaoping Li, of the University of California, Los Angeles, said: ‘We found grapes have a beneficial effect on gut bacteria, which is great news, since a healthy gut is critical to good health.

‘This study deepens our knowledge and expands the range of health benefits for grapes.

‘It reinforces the heart health benefits of grapes, which include lowering cholesterol.”

Now, it’s worth noting that this study is teeny-tiny, and the researchers didn’t repeat their findings with other fruit and veg to definitively declare which one is the absolute best.

So please don’t go on an all-grape diet and think you’re doing yourself a load of good – you’re not. Variety is key.

But if you do fancy adding some grapes to your afternoon snack of biscuits, that could be a great shout.


MORE : The pandemic has increased our blood pressure – here are some easy ways to look after it

MORE : Streaks, pushes and goals: Is your fit tech really as healthy as you think?