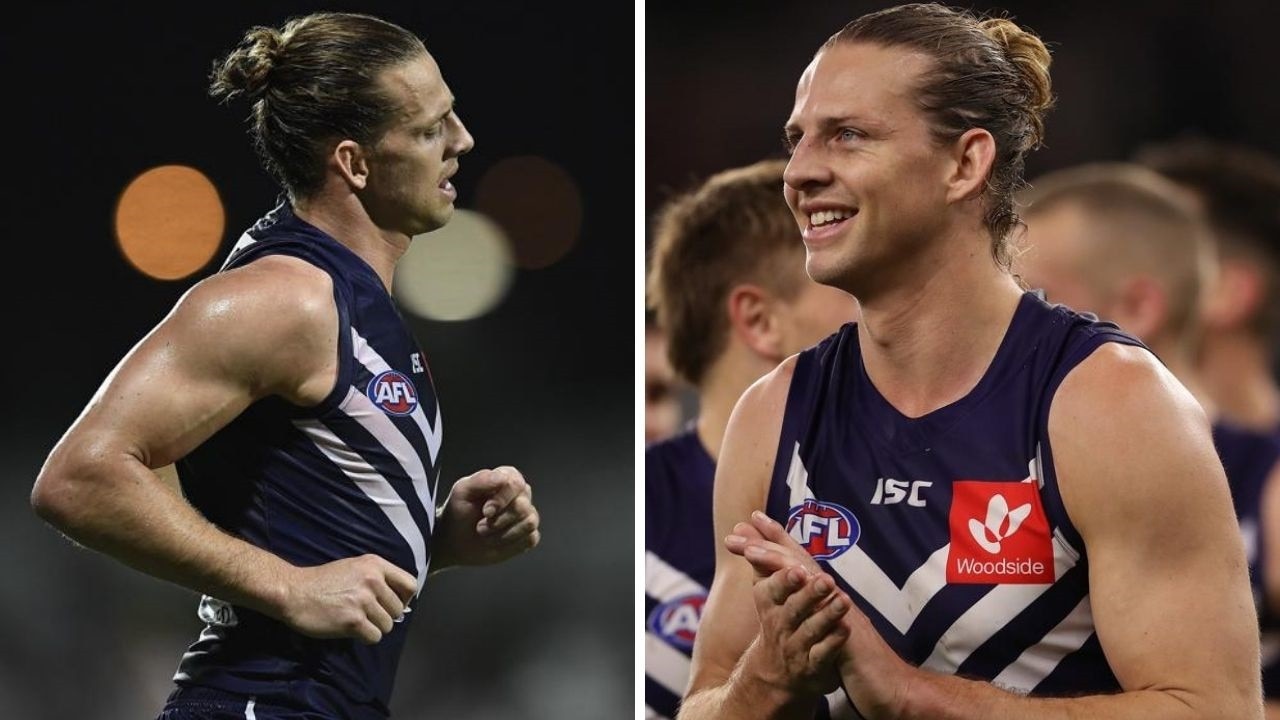 Nat Fyfe is known as the gun midfielder with a man bun, but Fremantle’s best player is sporting a very different look in 2022.

The AFL superstar has become known for rocking a man bun as he fights for possession in Fremantle’s midfield but he’s sporting a new look in 2022.

The Dockers’ official social media account posted a photo of Fyfe back on the training paddock as pre-season kicks along after the Christmas break. Gone was the man bun and the clean-cut look, making way for a goatee and short back-and-sides.

The two-time Brownlow Medallist suffered a blow in November when he contracted a bacterial infection in his shoulder after surgery that required him to take intravenous antibiotics.

Fremantle’s executive general manager of football, Peter Bell, said at the time the infection would set Fyfe back two or three weeks in his recovery.

“Unfortunately, Nathan’s tests have indicated a bacterial infection, and as a result, he will undergo intravenous antibiotics over the next two to three weeks,” Bell said.

“He won’t be able to do much physically in the period the antibiotics are being administered intravenously.”

Fyfe’s 2021 campaign was cruelled by the shoulder injury, which he initially suffered in the round 12 loss to eventual grand finalists the Western Bulldogs.

He returned to play a month later but was once again sidelined in July and underwent surgery. After his recovery stalled, Fyfe went under the knife once more in the off-season.