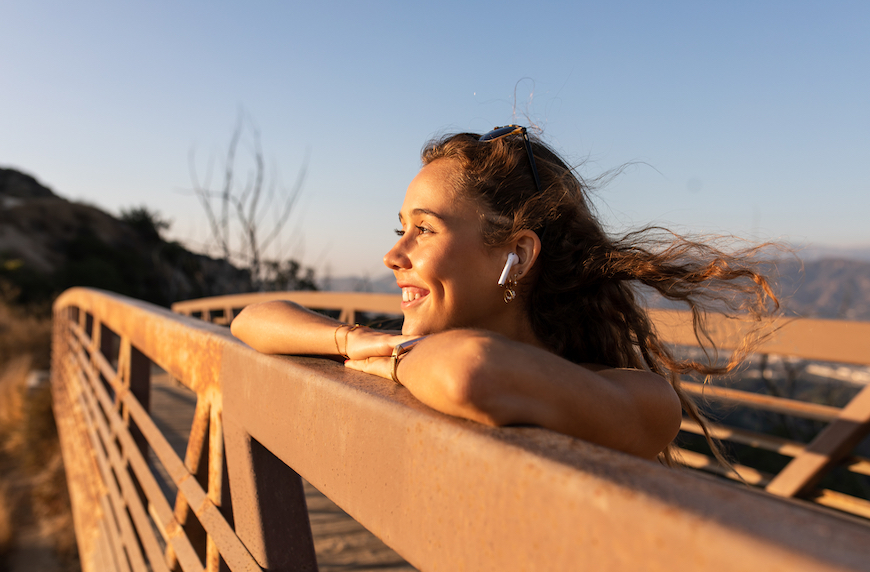 When many of us worry about vitamin D deficiency, we’re concerned about our bones. Without sufficient vitamin D, our bodies can’t correctly absorb the calcium that our bones need to stay strong. Yet, research suggests there may be other reasons to make sure you have enough of this nutrient—including heart disease.

Vitamin D is known as the sunshine vitamin. That’s because the amount of vitamin D in our bodies comes from a reaction between natural sunlight and our skin. Although some foods have more vitamin D than others—egg yolks and oily fishes like salmon and sardines are both good sources—the amount of vitamin D people get from a healthy diet isn’t sufficient on its own, says Erin Michos, MD, associate director of Preventive Cardiology at Johns Hopkins University School of Medicine. Because of this, vitamin D can be a difficult nutrient for people to fill up on.

According to a 2020 worldwide update on the status of vitamin D deficiency, about 5.9 percent of the U.S. population has severe vitamin D deficiency while another 24 percent have insufficient levels. Although there’s some debate about how much vitamin D is enough, the  U.S. Institute of Medicine, the says average person should aim to get between 400 and 800 IU or 10 to 20 micrograms of vitamin D a day.

The research found an L-shaped risk, with those who had severe vitamin D deficiency most at risk for heart disease and the risk flattening out for people with sufficient levels. The researchers found no further heart health benefits for people who had a Vitamin D concentration above 50 nmol/L (20 ng/mL) of vitamin D in their blood.

So what does this research mean for you

This is where it gets tricky. Just because the research indicates a relationship between low vitamin D and cardiovascular disease doesn’t mean low vitamin D causes heart problems. In fact, Elina Hypponen, PhD, director of the Australian Centre for Precision Health and lead author on the European Heart Journal, says it’s very likely that low vitamin D is simply an indicator of poor health. Because we get the majority of our vitamin D from the sun, people who can’t or don’t get outside very often are more likely to be deficient. This includes people with chronic diseases or disabilities that prevent them from spending much time outside, people who spend most of their time at home for any reason (aka, a lot of us during the COVID-19 pandemic), as well as people who, for cultural or religious reasons, cover the majority of their skin while out in the sun.

Of course, spending too much time unprotected in the sun has risks, too. “People who lay out in the sun all day are at risk for skin cancer,” Dr. Michos says, adding that short amounts of time make a difference. In the summer, standing outdoors for 15 minutes at noon would be enough. So don’t ditch your sunscreen.

Yet, there are times of the year when the sun doesn’t come out often enough and reasons that some people can’t or don’t make it outside even when it’s sunny. In those cases, people may reach for supplements. Yet. Dr. Michos, who has dedicated much of her research on the connection between low vitamin D and heart health, says to be cautious about supplements. “People with low blood levels of vitamin D are at increased risk for high blood pressure and for heart attacks and for strokes and for heart failure and all these bad things,” she says. “And always the question is, ‘If you treat the vitamin D, can you prevent these outcomes?’”

Dr. Michos was part of a study that randomized older adults into taking four different doses of vitamin D supplements. Hers and other studies “suggested a U-shaped relationship with both low and high levels being associated with risk,” she says.

Her recommendation is to only take vitamin D supplements if a doctor has told you that you’re deficient in vitamin D. Unfortunately, the U.S. Preventive Services Task Force, which investigates which health screenings are considered necessary for good health, has declared that the benefits of regular screening for vitamin D deficiency are lacking. That doesn’t mean you can’t get a blood test if you want to know your levels. But it does mean your insurance likely won’t cover the cost.

So, how else can you know if you’re at risk

Because we get most of our vitamin D from the sun, you can gather a rough idea of how deficient you might be. Dr. Hypponen says genetic variance can have a small effect on your vitamin D levels, but genetics by and far don’t determine deficiency. “Sunlight induced synthesis is by far the most important source of vitamin D, so most at risk are people who for any reason do not spend time outdoors during the daylight hours, who have darker skin color, or who wear a cultural dress that does not leave skin exposed,” she says. Most people also see a dip in their vitamin D levels in the winter, when the sun isn’t out as much.

However, even these factors can be complicated. Both people who have dark skin and people who have higher concentrations of body fat are likely to have lower blood levels of vitamin D, because dark skin blocks some of the reaction that creates vitamin D and fat holds onto the vitamin. “This always gets to the challenge of what’s too low,” Dr. Michos says. “Because interestingly, Black women are far less likely to have fractures than white women and Black women also have higher bone mineral density.” The same is true for people with high body fat. Yet we know that having low vitamin D is supposed to increase the risk for bone problems. This suggests that the amount of vitamin D necessary for good health isn’t constant — as with many other things in health, it likely depends on your individual body.

Overall, both Dr. Michos and Dr. Hypponen suggest staying away from vitamin D supplements unless you know you need them. While supplements can be effective for people who are truly deficient in vitamin D, they’re likely not helpful and could even be harmful if your baseline vitamin D is in decent shape.

Oh hi! You look like someone who loves free workouts, discounts for cutting-edge wellness brands, and exclusive Well+Good content. Sign up for Well+, our online community of wellness insiders, and unlock your rewards instantly.