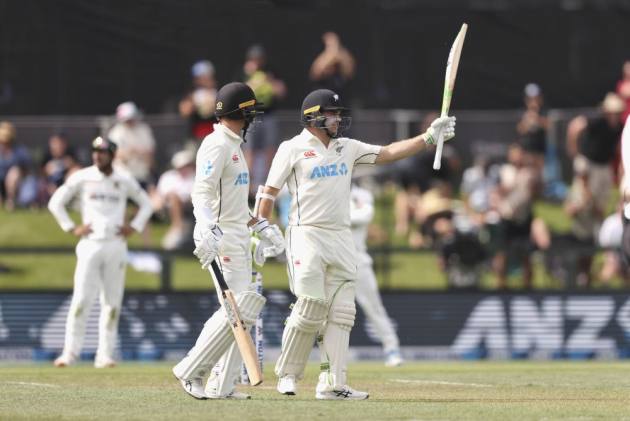 A 200-plus run stand between skipper Tom Latham and Devon Conway has given ICC World Test champions New Zealand a roaring start in the second and final Test against Bangladesh in Christchurch. Bangladesh have already created a slice of history by stunning New Zealand in the first Test at Bay Oval in Mount Maunganui but the Kiwis have been dominant on a greenish pitch at the Hagley Oval. New Zealand have lost just one match in their last eight Tests here. Follow here Day 2 live cricket scores of NZ vs BAN.

Bangladesh bowlers, who had scripted a memorable in the first Test at Bay Oval, were sent on a leather hunt on Day 1 of the second New Zealand vs Bangladesh Test in Christchurch on Sunday. New Zealand lost the toss and were asked to bat first on a lively Hagley Oval wicket. Home team skipper Tom Latham and his top order responded beautifully.

Tom Latham, unbeaten on 186, stitched two major partnerships as New Zealand kept piling the runs against a Bangladesh attack that looked docile at times and the fielding leaky.

Putting on 148 for the first wicket with Will Young (54), Tom Latham was accompanied by Devon Conway, who was on run shy of his third Test century when stumps were drawn. Latham’s 12th Test hundred, studded with 28 boundaries, came off a 278-ball stay in the middle.

Bangladesh were bereft of ideas with the ball, and not backed up in the field, ruing missed opportunities. Litton Das dropped Young after the lunch break, and the batting pair moved to the 100-run stand, the first opening partnership of three figures in the first innings of a Test in New Zealand since 2012.

Bangladesh were also not lucky with the DRS on Sunday. Ebadot Hossain, who was Bangladesh’s man of the match in the first Test for his six wickets in the New Zealand second innings, came into the attack in the ninth over on Sunday and had Tom Latham out lbw with his second and fifth deliveries. In both cases the on-field umpire upheld Ebadot’s appeal and Latham had those decisions reviewed and overturned.