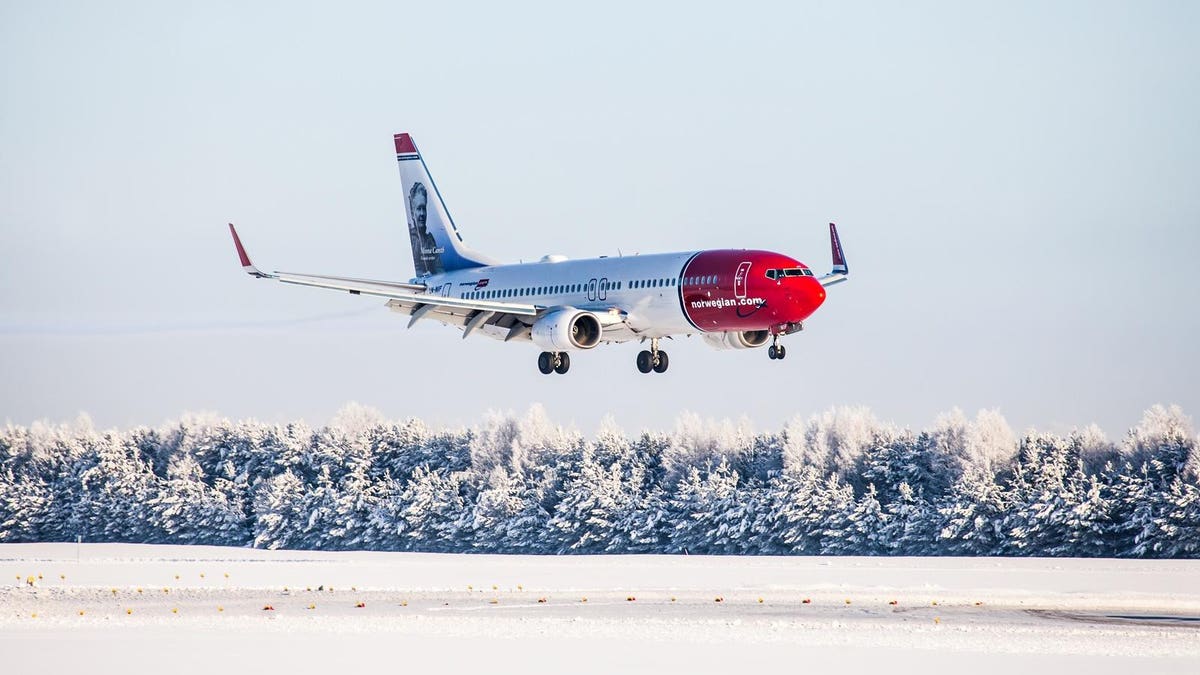 Despite domestic coronavirus measures in Norway and travel restrictions in its other markets, Norwegian Air enjoyed a boost in passenger numbers during December 2021. More than 930,000 passengers flew with Norwegian during the holiday month, a sevenfold increase over December 2020.

The numbers reflect both Norwegian’s gradual return to normal operations—in Norway at least—and an increasing customer confidence following the airline’s previous problems. Norwegian’s flights were 71.3% filled during the month

Because of the Scandinavian travel restrictions in place, Norwegian actually elected to reduce its number of flights during the month. In a press release, Norwegian CEO Geir Karlsen said he was happy they got the planning and implementation right for the holiday season.

“Despite the fact that we have put behind us a demanding year, I am proud that we have managed to deliver services of good quality,” said Karlsen.

Norwegian was recently named the most punctual airline in the Nordic region and the third most punctual in Europe. In December, 99.6% of scheduled flights were completed, with a punctuality rate of 83.8%.

Karlsen said that despite the positive passenger numbers and fill rate, the airline “noticed the effect” of the Omicron variant of Covid-19 and the new measures introduced by various countries.

In the airline’s home market of Norway, mandatory Covid-19 testing upon arrival at the border has been in place since mid-December. This applies regardless of citizenship or vaccination status.

During December, the country also lowered capacity limits for events, introduced a home office requirement, and banned the serving of alcohol in bars and restaurants. Despite these measures, Covid-19 infection levels in Norway reached record numbers over the holiday period.

During December, both Denmark and Sweden introduced a requirement for all non-residents to present a recent negative Covid-19 test result upon entry, a measure which likely further dampened demand for air travel.

While all airlines have suffered turbulent times over the last two years, Norwegian Air has suffered more than most.

Following a drastic corporate restructuring and an abrupt end to their long-haul operations, the Norwegian of today barely resembles the one that entered the pandemic almost two years ago. It is now focused on the domestic market in Norway serving 17 different airports and select other Scandinavian markets including routes to/from popular vacation spots in Europe.

Of course, the future for the new slimmer Norwegian is far from guaranteed. During 2021, startup Norway-based startup airline Flyr attracted many passengers with an aggressive pricing strategy. With its recent into international routes also operated by Norwegian such as Alicante, Copenhagen and Gran Canaria, Norwegian could face more challenging times in 2022.