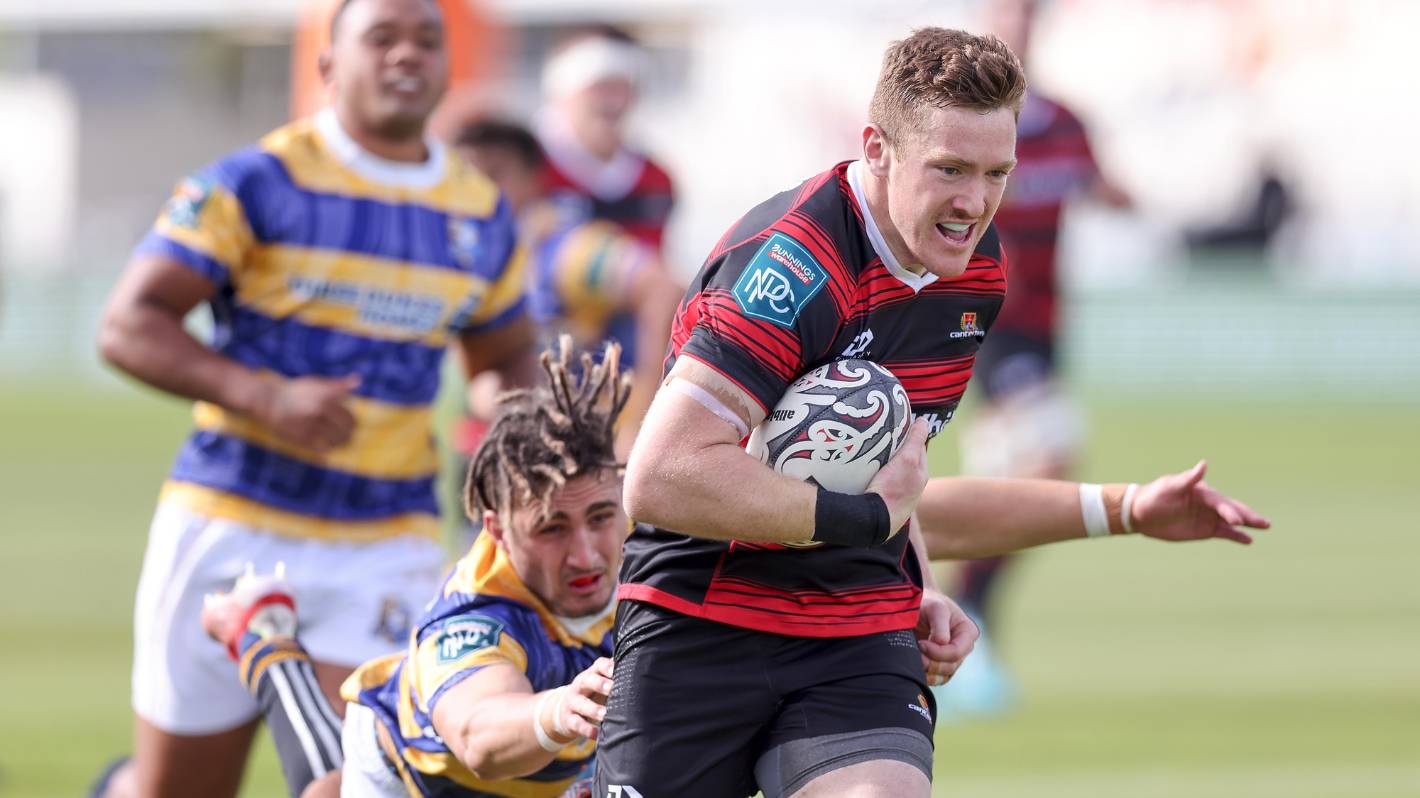 Canterbury are back in the NPC playoffs.

After missing out last year, for the first time since 2003, the red and blacks have made sure not to skip the party for a second successive season, wrapping up the last semifinal spot with a 40-28 final-round victory over Bay of Plenty in Christchurch on Saturday evening.

With two tries apiece to Dallas McLeod and Waisake Naholo, and another to highly instrumental fullback Chay Fihaki, who also landed a crucial 55-metre penalty late on, the home side proved too good up front in the second spell against a gallant Steamers side fronting for their third game in eight days.

Canterbury hadn’t lost to Bay of Plenty at home since 1977 (though hadn’t hosted them since 2012), and with their latest triumph, they have finished level with Tasman on the ladder. On the head-to-head tiebreaker, Canterbury take third spot and will face second-placed Waikato in next weekend’s semifinals, with the Mako fourth and facing a trip to top seeds Hawke’s Bay, who warmed up for their home semi with a 25-16 win over Northland in a non-competition game on Saturday night.

READ MORE:
* NPC: Tasman secure semfinal berth with yet another win over Wellington
* All Blacks vs Italy: Sam Cane takes another step in comeback with Italian job in Rome
* Portia Woodman returns for her first test since 2017 as Black Ferns make changes for England

In what was a virtual quarterfinal, this was anyone’s game for a large part, before the hosts flexed their scrum muscle in a big way, when they indeed got the chance in what was a fast, open, largely mistake-free contest.

After a first half featuring four lead changes and a 24-21 scoreline to the hosts, the second stanza began in much the same fashion, as Lucas Cashmore crashed over to put the Steamers back in front in the 48th minute.

And the script just kept being followed, with Canterbury hitting back only a couple of minutes later through a combination of their dangerous back three, with Manasa Mataele making a strong charge, then Fihaki surging and flicking a pass for Naholo to run over for his second.

But, with Fergus Burke having added a penalty on the hour to make things 34-28, the game then went it’s longest spell without points, as Canterbury, despite being camped in Steamers’ territory, time and again just couldn’t find a knockout blow, with the Steamers competing superbly at the breakdown.

Fihaki’s long-range 72nd minute strike from the tee proved instrumental, stretching the lead beyond a converted try, before Burke added three more on the siren, as the visitors just got worn down after spending most of the second stanza – into the wind – inside their own half.

Earlier, they had done well to halt a rampaging home side, who started with a hiss and a roar, surging to a 14-0 lead after just seven minutes.

Fihaki showed tremendous strength to burst his way over, soon after a nicely-worked lineout play, then it was more fine lineout work which led to McLeod being able to flop over.

The Steamers were hardly deterred, though, and in actual fact, were the complete opposite, those setbacks seemingly lighting a fire underneath them.

The visitors were dynamite in the following 10 minutes, offloading at will and tearing it up on the outsides, then on the 20-minute mark, another brilliant bit of skill from Tahuriorangi – playing against many of his new Crusaders team-mates – put Bay of Plenty in front.

After Luke Donaldson fed a scrum near his own line, Tahuriorangi then managed to get his boot to knock down his opposing No 9’s pass, and Veveni Lasaqa came up with the treats.

Despite Luke Romano being denied for a double movement, Canterbury snatched the lead back when McLeod went over for his double after a brilliant 25-metre run, and while a Steamers penalty briefly had them back in front, their lead was again quickly extinguished as a relentless red and black attack ended with Fihaki offloading to put Naholo over.