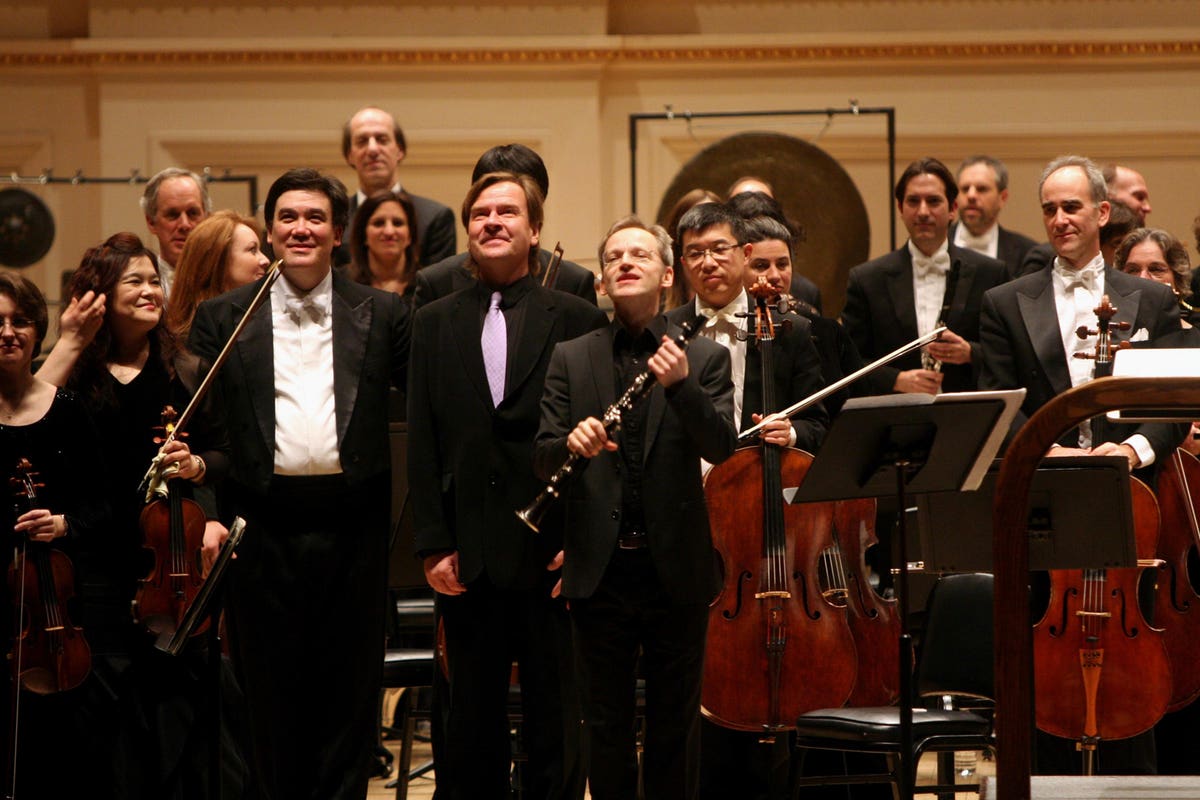 This year the New York Philharmonic, whose David Geffen Hall at Lincoln Center is undergoing renovation, will return to Carnegie Hall four times, its first performances there since 2015.

Conductor Susanna Mälkki will make her Stern Auditorium / Perelman Stage debut on Thursday, January 6, at 8 p.m. ET, leading the orchestra in Adolphus Hailstork’s An American Port of Call, Sibelius’s Symphony No. 5 and John Adams’ Saxophone Concerto with soloist Branford Marsalis. This performance can be heard live by music lovers worldwide as part of the Carnegie Hall Live radio broadcast and digital series, broadcast by WQXR 105.9 FM in New York, streamed on wqxr.org and carnegiehall.org/wqxr.

The Philharmonic will return to Carnegie Hall on Wednesday, April 27, at 8 p.m. ET with music director Jaap van Zweden leading the orchestra. This will feature the U.S. premiere of Nico Muhly’s In Certain Circles with pianists Katia and Marielle Labèque; Debussy’s Prélude à l’après-midi d’un faune and La mer; and Wagner’s Prelude and Liebestod from Tristan und Isolde.

Van Zweden and the New York Philharmonic will return on Friday, May 6 at 8 p.m. ET with Igor Levit as featured soloist in Brahms’s Piano Concerto No. 1. Bartók’s Concerto for Orchestra also will be performed.

The Philharmonic’s final program of its 2021-2022 season, on Friday, June 10 at 8 p.m. ET at Carnegie Hall, will include the world premiere of Sarah Kirkland Snider’s Forward Into Light, Barber’s Violin Concerto with Hilary Hahn and Mahler’s Symphony No. 1.

The orchestra has a long and glorious connection to Carnegie Hall: It debuted there in 1892 and performed at the historic opening-night concert that launched the hall’s 125th anniversary season in 2015.

The Philharmonic also plays a leading cultural role in New York City, the United States and the world, and has built a tradition of innovation that has allowed it to adapt and thrive over 180 years.

In the 2021–2022 season, van Zweden and the Philharmonic are reaffirming their commitments to serve as New York’s orchestra and to champion new music. The orchestra is presenting concerts at two Lincoln Center venues—Alice Tully Hall and the Rose Theater at Jazz at Lincoln Center’s Frederick P. Rose Hall—during the accelerated renovation of David Geffen Hall, scheduled to reopen in the fall of 2022.

Founded in 1842, the New York Philharmonic is the oldest symphony orchestra in the United States. It has built on its strong connections with New York City’s communities forged through collaborations with local organizations developed over the course of the Covid pandemic. It has commissioned and/or premiered important works, from Dvořák’s New World Symphony to Tania León’s Stride, which won a Pulitzer Prize last  year, and released over 2,000 recordings since 1917, streams performances on NYPhil+, and shares its extensive history free online through the New York Philharmonic Leon Levy Digital Archives.