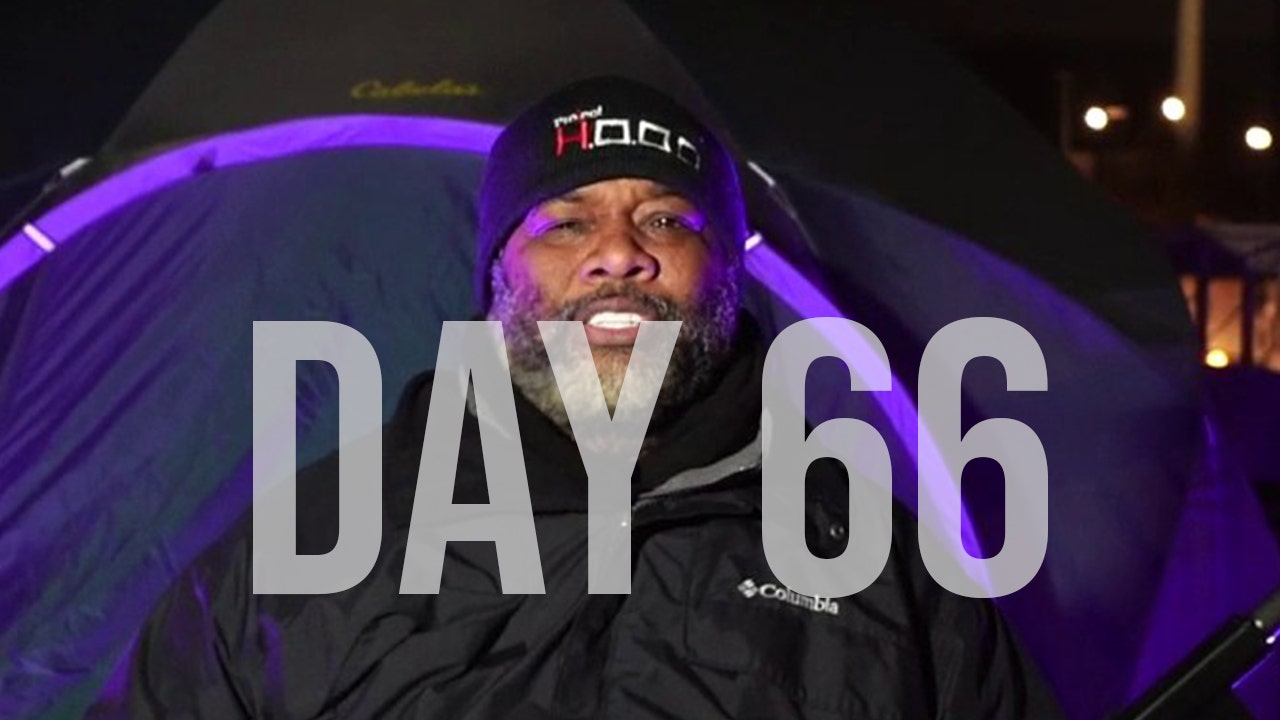 CHICAGO – On the 66th day of his 100-day rooftop vigil to build a community center, Pastor Corey Brooks wished to share with his audience a lesson he learned from Thomas Sowell, one of the strongest advocates for school choice.

What follows has been lightly edited. We strongly encourage you to watch the accompanying video so you may hear the pastor in his own words.

Today, I want to talk to you about something that is very dear to my heart. The reason why we need school choice on the South Side of Chicago is, in one word, aspiration. That word may not sound like a whole lot, but it is the key word.

The problem is that many families here on the South Side are not given the tools to aspire.

Make no mistake, there are those families that aspire, no matter what. They refuse to accept the failing school in their neighborhood, and they make great sacrifices to get their kids into a better school. Even if it means driving over an hour to get there, they do it.

POST-60’S LIBERALISM: THE BIRTH OF CRITICAL RACE THEORY AND THE CREATION OF BAD FAITH IN AMERICA

But, not every family is able to do that. And unfortunately, there are many of them.

We want to change the culture and its values in this neighborhood by teaching them how to aspire to be better. This is not a new lesson by any means. In fact, it was a huge part of our history, and we lost our connection to it. Blame it on the post-’60s liberalism, which moved us away from the culture of aspiration to the culture of dependency that defines the black underclass even to this day.

I’m a student of Thomas Sowell. And one of my favorite stories of his is the one that he tells about Dunbar High School in Washington, D.C. Today, it is one of the worst schools in America, but that was not always the case. From 1870 — that’s five years after the Civil War ended — to 1955, Dunbar was the best all-black public school in D.C. By 1899, the school had made so much progress despite slavery not being that long ago and despite segregation being the law of the land. The school made so much progress that since 1899, Dunbar students were coming in first in citywide test-giving in both black and white schools.

Sowell wrote that many of these Dunbar graduates could only afford to attend low-cost colleges, such as Howard University at that time and Miner Teachers College. However, there were Dunbar graduates who attended Harvard, Amherst, Oberlin and many other great colleges. These students ran up impressive records of academic success and honors. The first black general, the discoverer of blood plasma, the first black senator since Reconstruction, and many more – all graduates of Dunbar.

Then, the school fell apart.

In 1954, Brown v. Board of Education ruled that racially segregated schools were inherently unequal. In the South, there was no question that blacks were provided an inadequate education, but that was not the case of Dunbar.

What made the school so successful was that all of the aspirational blacks from all over D.C. could apply. It didn’t matter where you lived in that city. They had their own form of school choice and could apply to Dunbar where they could be with other like-minded aspirational people. The unintended consequences of Brown v. Board of Education was that it turned Dunbar into a neighborhood school, very much like what we see all across America today.

All of a sudden, the many blacks in D.C. no longer had the choice to apply to Dunbar. And you know what happened? It collapsed.

I think that story by Sowell is so relevant today. I’ve said before on earlier Rooftop Revelations that we cannot save everybody, we just can’t. That’s not true for just blacks, but for all of America. But, what we can do today is awaken the spirit of aspiration, especially among the poor. You do that by giving them opportunities or at the least pathways to opportunities. And that is why I’m such a huge believer in school choice.

It is, in my opinion, the civil rights issue of our time. And that is why I’m fighting so hard against the politicians in my city and state to remove the moratorium against charter schools so that we can have one right in Project H.O.O.D. Our community center needs it.

The glory days of Dunbar may be long gone, but its lessons are not. They are timeless. Especially, the lesson of aspiring to be better.

Follow along as Fox News checks in Pastor Corey Brooks each day with a new Rooftop Revelation.

Eli Steele is a documentary filmmaker and writer. His latest film is “What Killed Michael Brown?” Twitter: @Hebro_Steele.