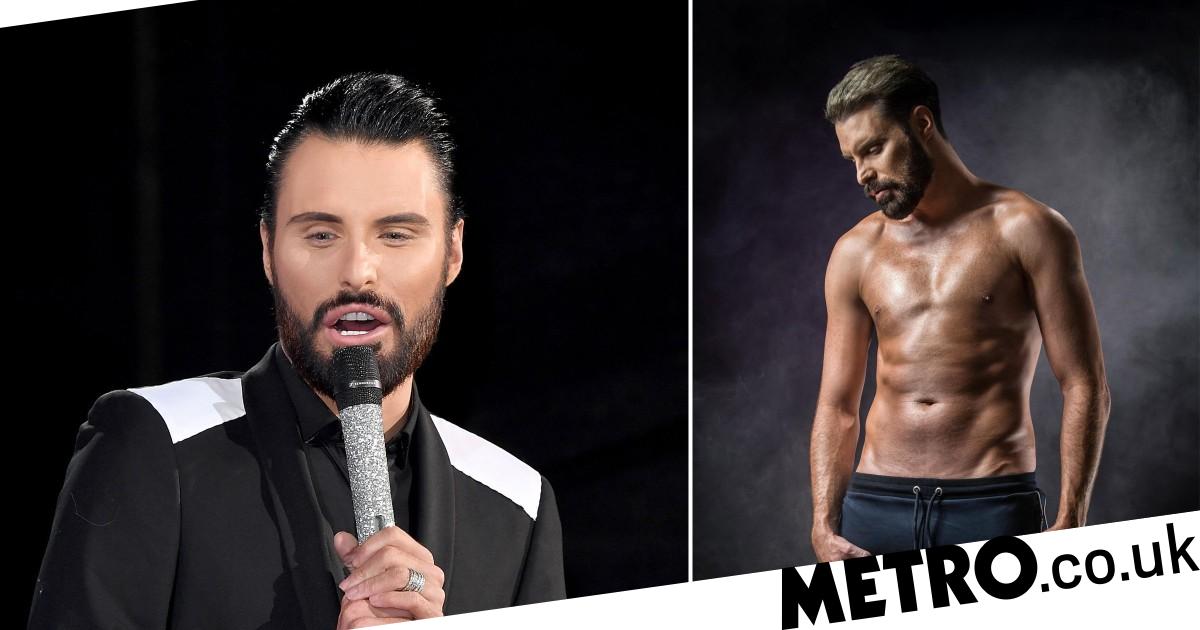 Rylan Clark-Neal has been enjoying his own little break the internet moment, after sharing a topless transformation picture following a recent health kick.

The 33-year-old took to Twitter on Sunday to share a photo of himself in just a pair of tracksuit bottoms, smouldering for the camera and looking pretty ripped.

The star has already ditched his iconic veneers in recent weeks, and lightened his locks from their trademark jet black.

‘I thought you were buffing up when watching It Takes Two, keep going Rylan’, responded one fan, before cheekily adding: ‘Maybe you and John Waite can team up for a calendar next year.’

This seemed to be a popular suggestion in the TV star’s comments, as one follower joked: ‘You could grate cheese on that!’

Another tweeted: ‘You look great. Hope you’re feeling better both physically and mentally. Well done. I imagine this takes a huge amount of discipline.’

‘Your [sic] looking great Rylan!’ commented one user. ‘I’m so glad you found a way to find yourself again. Self care is so important x’

The pictures come as Rylan revealed he became ‘ill’ and ‘dangerously thin’ following the breakdown of his marriage to husband of six years, Dan Neal, during the summer, taking four months away from the spotlight.

‘I got ill and I lost weight,’ he explained. ‘The honest truth is that it’s been s**t.’

Rylan added that his family was worried about him.

‘I don’t just disappear for four months — that doesn’t just happen,’ he told The Sun.

He vowed to get healthy again and said his mental health is much better after he focused on a new health and fitness regime, which saw him add four stone in weight to his six foot four inch frame.

The BBC Radio 2 star, who returned to presenting duties on It Takes Two with Janette Manrara, also said he found ‘therapy’ in exercise, after signing up to a 75-day plan with personal training sessions by body transformation guru Scott Harrison.

He explained: ‘Getting fit and looking after my body has saved me. Fitness has given me a goal.’

‘It’s done more for my mental health than it has for my body,’ Rylan continued. ‘It’s like hitting a reset button in your head. I’ve never had that before.’

Saying that he ‘properly lost’ himself during 2021, the presenter declared that he ‘can’t wait to see what this year has in store’.

If you suspect you, a family member or friend has an eating disorder, contact Beat on 0808 801 0677 or at [email protected], for information and advice on the best way to get appropriate treatment.

If you’ve got a celebrity story, video or pictures get in touch with the Metro.co.uk entertainment team by emailing us [email protected], calling 020 3615 2145 or by visiting our Submit Stuff page – we’d love to hear from you.