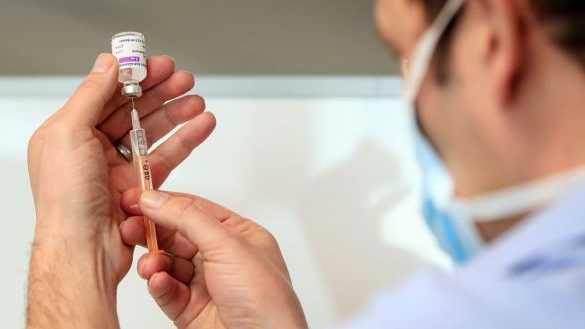 Green Party leader Eamon Ryan has said that schools will reopen as normal on Thursday notwithstanding the huge surge in cases of the Omicron variant of Covid-19.

“I expect that schools and creches will open next week, colleges to open later (as scheduled),” said Mr Ryan on Sunday.

“It is very important. The loss if we don’t have our children back in school is much larger than any other measure.”

He added: “I think it’s important that schools reopen on Thursday. What our schools have done very well is manage through Covid. (Over) the next few weeks, I don’t think the solution is shutting our schools.”

A further 17,071 cases of Covid-19 were reported in the State on Sunday, according to the Department of Health.

As of 8am, 717 patients were in hospital with Covid-19, 87 of whom were in ICU, according to the latest figures.

The department said that given the current high incidence, “the daily case number is based on positive SARS-CoV-2 results uploaded to the HSE COVID Care Tracker the preceding day. These data are provisional.”

In a wide-ranging interview with RTÉ Radio’s This Week programme on Sunday, Mr Ryan, the Minister for Climate Change, Transport and Communications, said that while the latest wave has led to an increase in hospitalisations over the past few days, the ICU numbers were holding steady.

“It seems that the virulence of this new variant is not as strong as ones we have seen previously .

“The risk is the very high numbers might still see our hospitals under pressure. We are in regular contact (with health authorities),” he said.

“One encouraging sign is that the likes of nursing homes are not seeing significant new outbreaks.”

Mr Ryan acknowledged that all areas across the economy and society would be under pressure because the case numbers are so high. He said the Government would also examine the recommendation of the Centre for Disease Control (CDC) in the US which has cut the self-isolation period for those with the Omicron variant from 10 days to five, and removed the need of those who are close contact and asymptomatic to isolate at all.

“We will look at that. We will look at the measures that the US has introduced, though its CDC, recognising that this is an issue. We have adapted some of their measures around close contacts (already),” he said.

Mr Ryan denied there were mixed messages over Christmas between the Government and the chief medical officer, Dr Tony Holohan, who sent out a tweet over Christmas advising people to avoid overcrowded retail spaces.

He said Dr Holohan was saying if people completely wanted to avoid getting Covid they completely self-isolated.

“That’s not realistic and I think part of our general public health is that we have a general level of socialisation and that is what the Government set out,” he said.

“There is that uniformity. We agreed on the approach. We set out the recommendations to the public, that we were trying to minimise socialisation but not none.

“When we do have it you have to think about as much ventilation as possible, doing it outdoors, being careful around masks, hand hygiene and so on.”

Asked why the Government held no meetings over the past fortnight, at a time when daily case numbers exceeded 20,000, beating all previous records, Mr Ryan said a consistent and uniform message for the Christmas period was important and the situation had been monitored throughout that period.

“It would not have been right if we as a Government had come out in the last two weeks and said ‘Oh, we are changing again.’ I don’t think it is right to confuse people. It is better to set (a course) which we did two or three weeks ago and monitor what is happening.

He said that the main focus is on the vaccination and booster programmes to ensure as many people as possible benefit from them. He said different sectors would have to adapt to issues such as staff shortages. He instanced Dublin Airport, where his department had to react in the past few days to ensure its fire services continued.

Minister for Health Stephen Donnelly on Sunday said while the daily figures are concerning, it was positive to see hospitalisations drop relative to last year.

Mr Donnelly tweeted: “2021 was a long and tough year for so many. We begin 2022 in a stronger position thanks to vaccines and effective new treatments. Our case numbers are high and concerning, but good to see the rate of hospitalisations has fallen dramatically compared to this time last year.”

The Minister said Ireland’s vaccination rollout had been “superb”, with the country ranked 2nd highest in booster vaccine uptake in the EU. “This is something everyone should be really proud of – an incredible national effort,” he said.

Ireland also has one of the lowest death rates from the virus in the EU, Mr Donnelly said.

HSE chief executive officer Paul Reid on Sunday tweeted praise for the efforts of the public and healthcare professionals.

He said: “Early days yet, but let’s all hope & plan that with the great efforts of the public, our testers & tracers, vaccination teams & all healthcare professionals will mean that at some stage we can all look back on Omicron.”

Sunday’s numbers follow a record number of cases being reported in the provisional data on Saturday, when the department said there were 23,281 new cases in the State.