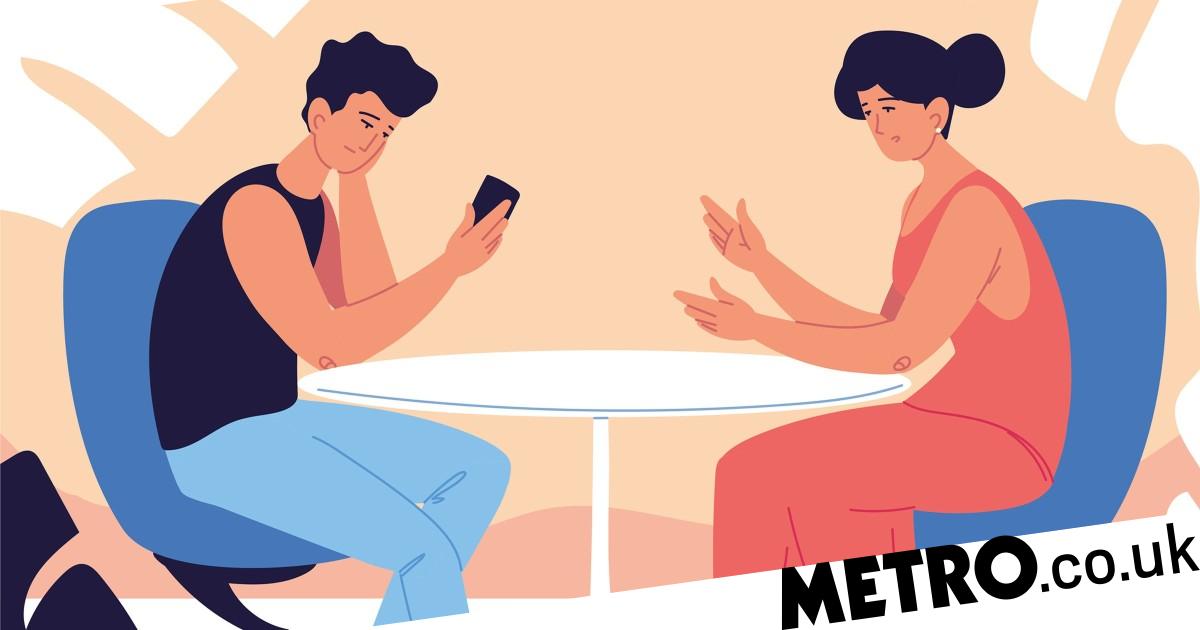 The celebrity breakup got people talking about the dreaded ‘seven-year itch.’

For those not clued-up, it’s a phenomenon typically used to describe the time when a relationship can get a little too familiar and, sometimes, off-putting.

But is it actually a real thing that can end relationships?

Clinical sexologist and relationship coach Ness Cooper says the term was originally the title of a Marilyn Monroe film – but the general idea stemmed from there.

She tells Metro.co.uk: ‘In the 1950s, people used it as a way of trying to understand why relationships declined over time.

‘It’s likely that during that time, during the post-war world, relationships were going through some unpredictable challenges – due to the uncertainty that was left behind in areas of life, from such a joint trauma.’

Today, we still use the term to describe the time period when a person might grow tired, irritated or bored of their partner.

Ness adds: ‘For some individuals it can be that relationships do struggle over time, but often these are influenced by social-psychological factors such as new work structures, incomes, having children, and overall changes to routines they may have as a couple.

‘We don’t have an in-built biological timer that turns on at the seven-year mark in a relationship.

‘But, it doesn’t make these factors on some relationships any less challenging, and over time they can build up if not dealt with between the couple when they arise.

‘It can be easy to say that couples should be prepared for anything, but times such as the recent pandemic may make lifestyle and romantic stresses more noticeable – and it can be easy to say it’s because a relationship has just reached that milestone, rather than looking deeper into resolutions.’

So what can couples do if they’re worried about the seven-year itch – or concerned they are feeling this way themselves?

Experts have shared some things to try out and keep in mind.

Talk to each another

‘Communication is the starting point when people feel their relationship is declining over time – and the sooner the better,’ explains Ness.

‘Even if it feels like a small change, whether that is in routine or even intimate jesters, if it’s playing on your mind you need to discuss it with your partner.’

Ness suggests coming up with new routines and rituals to help you bond – this can help make things feel new and exciting, even when everything else remains the same.

She adds: ‘We need to make sure we don’t forget the importance of making sure we change the routine of our sexual and bonding moments.

‘It may take some time to get used to new routines, but scheduling in intimate moments can help some couples.’

Question whether it’s your relationship

Ness adds that it’s important to take a moment to reflect on whether or not it’s the relationship that’s declined – or another area in your life.

She says: ‘If you’re experiencing other life stresses it can be easy to think it’s the relationship that’s declined – when, in fact, you have other worries on your mind.

‘Learning what else may be affecting your intimate moments can help you figure out solutions.’

When you start to question your relationship, it can feel overwhelming.

Sometimes it feels like things can never get back on track – but if you start small and focus on little improvements, it can feel more manageable and realistic.

Ness says: ‘It’s not always possible to move a relationship back on track in one big attempt, particularly when people start thinking about the seven-year itch being a big contender in their declining intimacy and connection. Often it’s multiple factors that have built up over time that need addressing.’

If you’ve let date night slip, for example, prioritising some time together to do new and exciting things can be a great place to start.

Switch up your romance

It’s easy to fall into the same routines when it comes to sex and intimacy – so exploring new methods of romance can help.

‘Sometimes we can long for an old relationship style that just isn’t attainable anymore for whatever reason unique to the couple,’ Ness continues.

‘This doesn’t make the past romantic connections any less important, and they can be just as special. Accepting change can be hard, but it is a part of the fluidity of relationships as we go through the years.’

If you’re in a romance and sex slump, there are a few ways to mix things up.

Some of these might include adding sex toys to your routine, going on different types of date nights, getting time away from the kids or working out ways to connect through busy schedules – such as sexting.

So take a moment to think about whether you fully appreciate your partner.

If not, this could be a reason things are feeling a bit off.

Dr Audrey Tang, a chartered psychologist, mental health and wellness expert and author, says: ‘The practice of gratitude reminds us that we are affected by – and in turn affect – those around us.

‘It also helps us focus on the present in a positive frame rather than on what could/should/might be or have been.

‘When your partner does something nice, however small, try to acknowledge it and thank them there and then – if nothing else, the mechanics of conditioning mean that behaviour is more likely to happen again.’

Look ahead to your future

Dr Audrey Tang also suggests thinking about if you’re heading in the direction you both want.

She says: ‘Have an open discussion about how you hope the relationship will progress. While this may result in an unpleasant realisation that you are not on the same page, it is always better to find out early so you can perhaps find a means of returning to or heading towards the same path.

‘If not, you may end up allowing expectation and disappointment to sour the good and then breaking up on unpleasant terms.’


MORE : Is Emma Bunton right, can a temporary breakup make a relationship stronger?


MORE : ‘Do I want more from my friends with benefits relationship?’


MORE : ‘This is the most loving relationship we’ve ever had’: These women are platonic life partners – here’s what that actually means