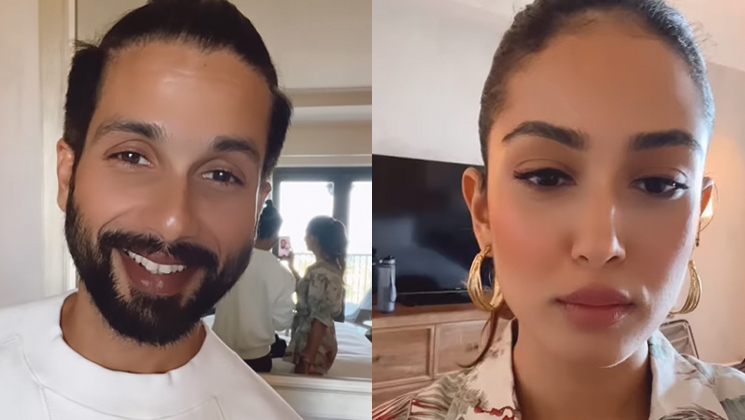 Shahid Kapoor and Mira Rajput constantly share videos featuring each other on their respective Instagram handles. On Sunday, Mira took to her Instagram to share a video featuring Shahid and her. In the video, the star wife is confused as to why the Instagram filter is not working on her husband’s face. Shahid Kapoor has a hilarious reaction as Mira Rajput continues to wonder why the filter is not working on her husband’s face. To Mira’s annoyance, the Jersey actor quips that he has a ‘perfect face’.

An annoyed Mira then asks, “Why isn’t it happening to you?” Responding to her, Shahid smiles and says, “It is. I have a perfect face.”

Take a look at the video below:

Meanwhile, in the background of the video, one can listen to young kids playing and talking. Sharing the video, Mira Rajput wrote, “Why doesn’t the filter work on @shahidkapoor ?!?! I look ridiculously different! #filterfun (sic).”

On the work front, Shahid has the film Jersey in his kitty. The film was scheduled to release on December 31. However, the release of Jersey was postponed due to the shutting down of theatres, amid the rising cases of Coronavirus in the country. The film also features actress Mrunal Thakur. It is based on the Telugu film of the same title.

While speaking with Bollywood Bubble, Kapoor had opened up on never being affected by the nepotism debate and more. On the nepotism debate, he said, “We never really had the opportunities that you’re saying. People think about it like that, I think people can sense it, I mean we didn’t get a launch like that.”

Also Read: EXCLUSIVE: Shahid Kapoor on never being affected by the nepotism debate: I didn’t get a big launch like that