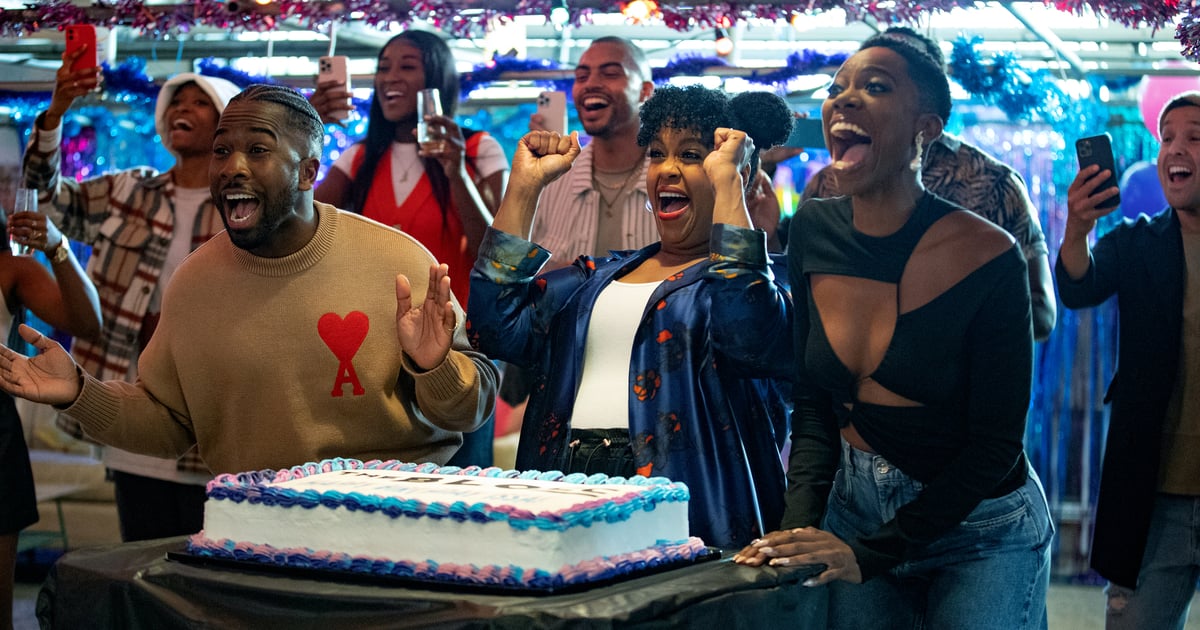 As POPSUGAR editors, we independently select and write about stuff we love and think you’ll like too. If you buy a product we have recommended, we may receive affiliate commission, which in turn supports our work.

If you were watching Insecure‘s finale on Sunday night wondering if (hoping?!) Issa and Lawrence would end up together, you obviously weren’t alone; but if the other big pregunta on your mind was where Molly’s insane cutout top was from, you were also in good company. According to costume designer Shiona Turini’s IGS, that was the question she got asked the most following the final show, because between the drama and the romance, we were admittedly distracted by this bit of sexy fashion.

When the crew threw Issa a surprise birthday party in the last episode, it was a veritable buffet of standout looks with Issa in a khaki minidress, Kelli in a luxe printed jacket, and Quoia in a shimmering layered look; but it was a full stop when we saw Molly in a long-sleeved black top with cutouts across her abs and bust and right over her shoulder. If you too were waiting patiently — or frantically searching the internet — to find the top, we’ve got you covered. Shiona shared via IGS that the shirt is from Canadian-based designer Sid Neigum, and we have all the details to shop it right here.