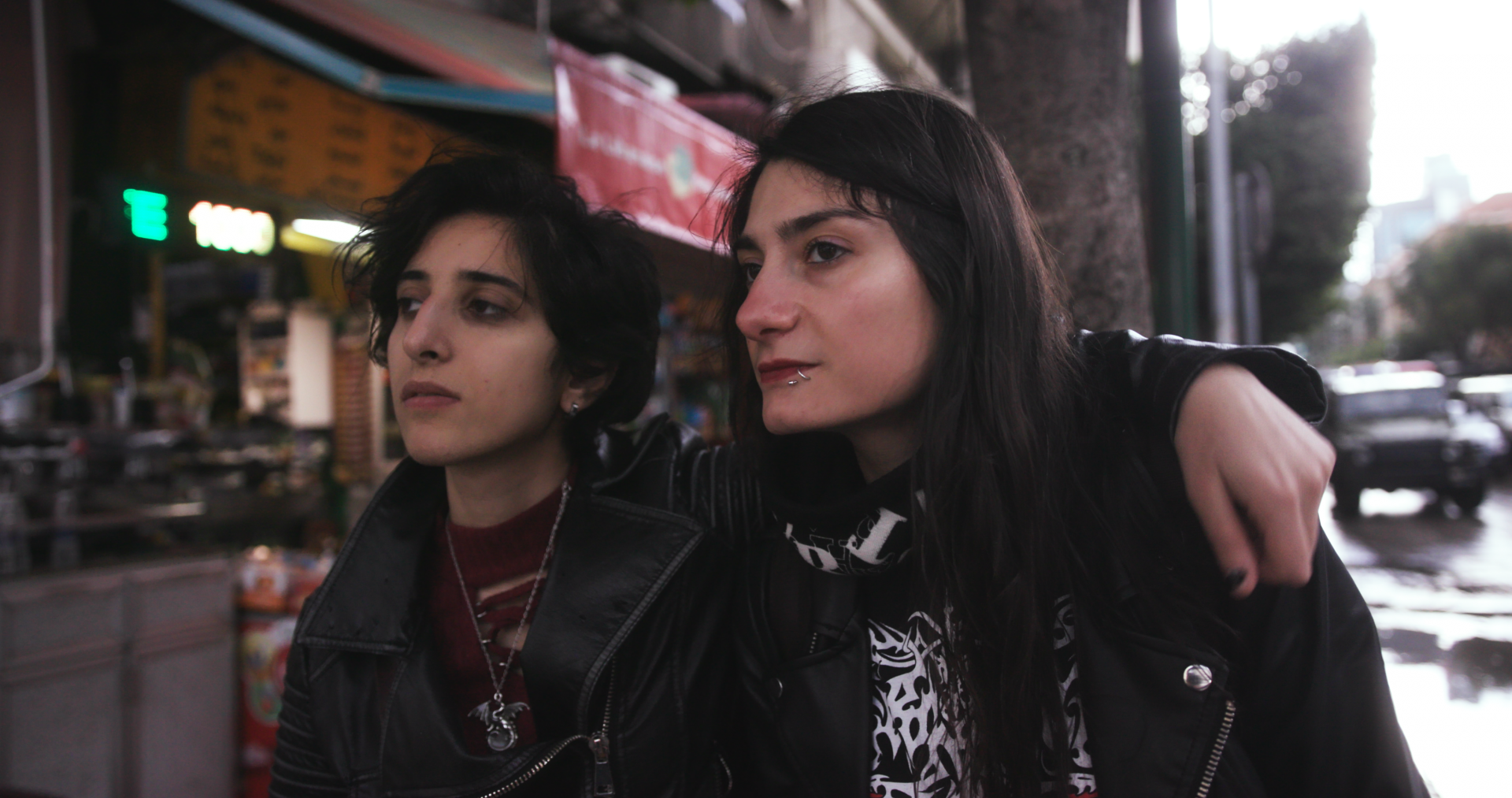 Rita Baghdadi is an award-winning Moroccan-American documentary filmmaker whose work has been supported by Sundance, Tribeca, Netflix, HBO, Film Independent, and the International Documentary Association. Her feature documentary directorial debut, “My Country No More,” was awarded Best Feature at the 2018 Big Sky Film Festival and is now streaming on Amazon. Her documentary “City Rising” won the LA-area Emmy award for Best Social Issue Film and is being used as a tool for activism around housing inequality. Baghdadi is the co-founder of Lady & Bird Films and is a member of Brown Girls Doc Mafia.

“Sirens” is screening at the 2022 Sundance Film Festival, which is running online from January 20-30. More information can be found on the fest’s website.

W&H: Describe the film for us in your own words.

RB: Set against the backdrop of the Lebanese revolution in Beirut, “Sirens” is an intimate coming-of-age story about the co-founders and guitarists of the Middle East’s first all-female metal band, Slave to Sirens.

RB: I have always wanted to make a film set in the MENA [Middle East and North Africa] region. I just always thought, because I’m Moroccan, that it would be set in Morocco. I wanted to make the kind of film I wished I had seen as a young woman, where female Arab characters were featured as complex humans rather than the harmful stereotypes I grew up with.

When I met Lilas, I was immediately drawn to her determination, and I recognized a lot of my younger self in her. Then when I met the rest of the band, I realized that there were so many beautiful, inspiring, and heartbreaking layers to their story that it had the potential to resonate with a lot of people. Recognition and resonance are what drew me to make this film.

W&H: What do you want people to think about after they watch the film?

RB: My answer to this question is two-fold: I want to challenge western perceptions of what it’s like to be a young woman in the Middle East today. And I want young women in the region to be able to see themselves on screen in a way they might never have before.

W&H: What was the biggest challenge in making the film?

RB: I’d say the endless barrage of catastrophe. Economic collapse, revolution, pandemic, explosion, more pandemic. I was determined to make a film that did not solely revolve around the bad things happening in Lebanon, but it was impossible to avoid! It was challenging enough to film in the midst of all of it, but then trying to address these events in a way that didn’t overshadow the narrative of the young women was another challenge unto itself.

W&H: How did you get your film funded? Share some insights into how you got the film made.

RB: “Sirens” was funded via a mix of equity investment, grants, and donations. There were a lot of amazing people that helped get this film made including Danielle Renfrew Behrens, Natasha Lyonne, and Maya Rudolph of Animal Pictures, and the good people at XTR, among many others.

W&H: What inspired you to become a filmmaker?

RB: I’ve had a video camera in my hand since I was eight years old. My dad, who was a talented amateur photographer, taught me how to shoot on 35mm when I was 11. My grandfather on my mom’s side was the director of NBC News in Chicago. So my family was definitely a big influence growing up.

But it wasn’t until I met John Waters at the Maryland Film Festival when I was 16 that I really believed I could become a filmmaker. John was so approachable and I just adored his style. I went home and watched “Pink Flamingos” and was changed forever.

RB: Best advice: “You can’t get what you don’t know you want,” from my mom.

Worst advice: “Don’t be in a hurry.” One of my old bosses used to say this to me when I was in my early 20s. He meant it like “stay in line.” What a load of crap.

If you have a dream, the only way to go after it is with a sense of urgency. Momentum begets momentum, especially in this industry. And life doesn’t wait! That’s something you have to remember in documentary filmmaking.

W&H: What advice do you have for other women directors?

RB: Learn the rules, and then break the rules. Don’t wait for anyone’s approval.

W&H: Name your favorite woman-directed film and why.

RB: It changes all the time! Recently, “The Power of the Dog” is topping my list. I’m a big Jane Campion fan and I love how unsentimental her work is. Her characters are so raw.

In the documentary genre, I’d have to say “Cameraperson.” As I was a cameraperson for many years, that film resonates with me on a deeply personal level. I admire Kirsten Johnson’s artistic restraint for letting a moment be what it is. Life is poetry.

W&H: How are you adjusting to life during the COVID-19 pandemic? Are you keeping creative, and if so, how?

RB: I’ve been crisscrossing the world making documentaries for more than 10 years. So when the pandemic hit and I was forced to spend a few months grounded, it was a big change for me. Immediately, I adopted a dog who is now the love of my life.

But I continued shooting “Sirens” the moment I could travel again and I ended up taking several trips back to Beirut during the pandemic. We also edited “Sirens” for the last year during the pandemic, and I have been working on several other films at the same time.

So yes, I’d say I stayed creative. But it was not easy. I had many stretches where I got burnt out. And we’re still not through it! At the end of the day, your health is the only thing that matters because if you’re not alive you can’t create. Lilas and I both learned a bit about self-care while making “Sirens.”

W&H: The film industry has a long history of underrepresenting people of color on screen and behind the scenes and reinforcing — and creating — negative stereotypes. What actions do you think need to be taken to make it more inclusive?

RB: This is a big one for me, and I believe the solution is simple. We need more under-represented voices behind the camera, in front of the camera, and in positions of power.