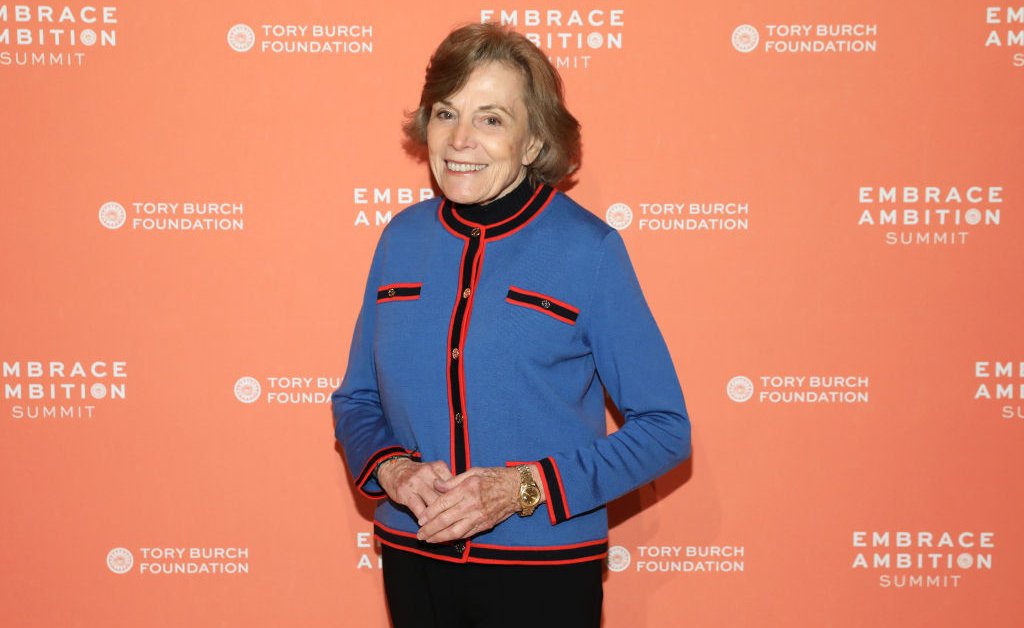 Saturday Nov.6 at the COP 26 summit in Glasgow is devoted to nature, specifically its “importance as part of global action on climate change.” This incorporates sustainable use of both the land and the oceans that cover 71% of the planet’s surface. Ahead of the conference, TIME spoke to one of the oceans’ foremost champions, marine biologist Sylvia Earle, about her new book, how to protect the deep sea and her dream of personal submersibles for all. This interview has been edited for length and clarity.

You have written several books about the ocean. Why this one, National Geographic Ocean: A Global Odyssey, and why now?
[time-brightcove not-tgx=”true”]

This book is my attempt to sum up what we now know about the ocean and make it accessible in digestible bites. If you’ve got 10 minutes you can sit down and learn something, with beautiful images.

Why is the ocean so important?

The ocean is where the action is: 97% of the earth’s water is in the ocean. It’s where 95% of the biosphere is. If I were an evil alien wishing to alter the nature of life on earth, I would change the temperature of the ocean, I would change the chemistry. That is exactly what we are doing: excess carbon dioxide in the atmosphere becomes excess carbon dioxide in the ocean that becomes carbonic acid. The ocean is becoming more acidic. That changes everything.

You describe the ocean as the biggest carbon capture system on Earth. How so?

The phytoplankton consume carbon dioxide from the atmosphere. They are food for the zooplankton, which are food for the krill, the fish and the whales. When a whale dies it sinks to the bottom of the ocean, sequestering that carbon for centuries. The International Monetary Fund calculated that a whale is worth [33 tons of CO2]. It was something that scientists had certainly known about, but nobody had ever thought about making a calculation.

What is the single most important thing we can do for the oceans today?

Right now a disproportionate bite out of the ocean is being taken by a relatively small number of countries doing industrial fishing. We’ve got to get over this idea that wildlife from the ocean is essential for our food security. What we now are beginning to understand is the high cost of eating fish. What does it take to make a pound of tuna? A lot of halibut or cod. What makes the halibut? Smaller fish. What do they eat? Krill. Krill eat phytoplankton, zooplankton. Over the years thousands of pounds of phytoplankton make a single pound of tuna. So that tuna is expensive in terms of the carbon that it has captured. The more fish we take out of the sea, the more carbon dioxide gets released into the atmosphere.

What is the biggest threat to the ocean right now?

Deep-sea mining. Some are buying into the lie that we should be taking minerals that are necessary for today’s generation of [EV] batteries, like lithium, cobalt and nickel, from the deep sea, because who cares what happens in the deep sea? These deep-sea systems are full of life and are part of the biogeochemical cycling systems that hold Earth steady. If Earth functions like a big computer system with all these little wires and lights that we don’t understand but we know it keeps us alive, would we want to get in there and take those little lights out because we don’t understand how they work?

Read more: Seabed Mining May Solve Our Energy Crisis. But At What Cost?

We were all awed by the relationship in the documentary My Octopus Teacher. Have you ever experienced something similar?

I’ve had the privilege of living underwater on 10 different occasions. It has enabled me to get to know individual moray eels, individual groupers, even individual lobsters. They all have faces, they have attitudes. They have sensory systems much like our own. And yet we somehow harden ourselves to think they don’t feel pain. We pride ourselves on being “humane” but it doesn’t translate to the way we treat animals in the sea.

We’ve seen our hottest decade since recording began, rising emissions and major losses of coral reefs. What gives you hope?

Yes, half the coral reefs are either gone or are in a state of sharp decline. The good news? We still got about half of them left. We can reverse to a very large extent the harm we have imposed, because now we know. Knowledge is the superpower of the 21st century. Even the smartest people alive when I was born did not know what 10-year-olds today have available to them. That’s truly cause for hope.

Ocean advocates have set a goal to protect 30% of the ocean by 2030, up from less than 3% today. What will it take to get there?

COVID-19 showed us we can change quickly when our lives are threatened. Climate is no different. Our very existence is on the line. The ocean is the blue heart of the planet. Thirty percent by 2030 is a good start, but I say half, as soon as we can get there. How much of your heart do you want to protect?

What do you say to those experiencing climate anxiety?

It would be so easy to say “why bother? The problems are so big that there’s nothing I can do, I might as well enjoy myself for the time I’ve got.” But it’s only hopeless when you give up. Change happens because of individuals who team up with others or inspire others. And soon you’ve got 10 or 100 or 1,000, and then you’ve got a movement.

Over the course of your career, you have transformed our understanding of the ocean with your atlases and diving equipment. What is next?

I’m committed to democratizing access to the sea with little submersibles that will enable teachers, kids, CEOs, presidents, librarians—anybody—to be able to experience what until now only a few of us have been able to experience. I want to make the ocean accessible for everyone. People say, ‘Aren’t you afraid that people [will use them to] exploit the ocean?’ And I say, ‘We’re already exploiting the ocean in ignorance. The cure is getting people to see it for themselves. Most people only see the surface of the ocean. They don’t know what’s underneath. I want them all to dive down safely and to come back and spread the word about how glorious life is down below.