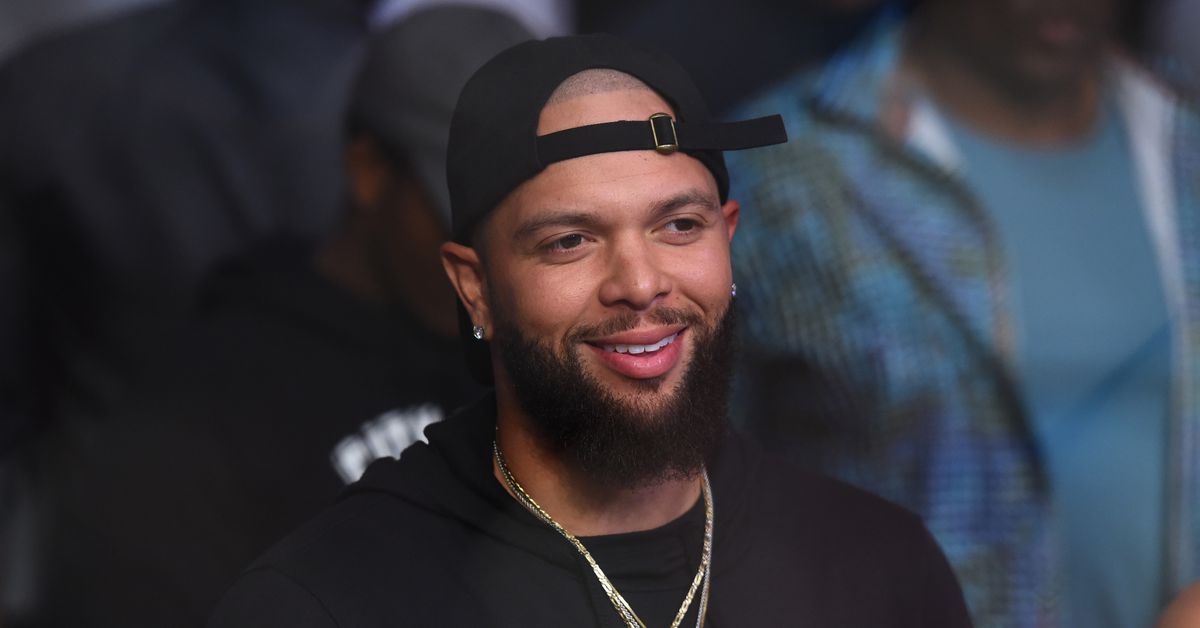 The sight of an NBA player competing in the boxing ring is becoming more and more common. Nate Robinson famously got knocked out by Jake Paul. Lamar Odom fought Aaron Carter (yes, that one). Kendall Gill turned pro in boxing shortly after his retirement, and has been looking for a bout against Paul himself.

Deron Williams is the next former NBA star to enter the squared circle. The three-time All-Star and two-time Olympic gold medalist is going to fight as part of the undercard for Paul’s bout against Tommy Fury, according to Shams Charania of The Athletic. Williams is still looking for an opponent, and Charania mentions NFL Hall of Fame-bound running back Frank Gore as a possibility.

While a basketball player turning into a fighter still qualifies as a novelty, Williams’ boxing debut isn’t exactly Manute Bol fighting William ‘The Refrigerator’ Perry. Williams has a life-long interest in combat sports with some legit credentials. Gore has been training as a boxer, too.

Did you know Deron Williams is a two-time Texas state champion in wrestling? It’s true.

Williams reportedly won state titles at 67 pounds and 112 pounds before entering high school, according to The Athletic. That’s when he blossomed into a four-star basketball recruit, accepted a scholarship to Illinois, and eventually became the No. 3 overall pick in the 2005 NBA Draft after leading the Illini to the national championship game.

Williams’ renewed his interested in fighting when he came to the Dallas Mavericks in 2015. He’s now the co-owner of Fortis MMA in Dallas, and he’s been sparring against some legit fighters.

UFC fighter Ryan Spann trains at the gym, and said Williams once gave him a hurting.

“Deron whooped my ass one day. I’m dead serious. You can call him and ask him,” Spann told TMZ.

At 6’3 with a 6’6 wingspan, Williams certainly has the size and reach for boxing.

Frank Gore has been training for boxing, too

If Gore is Williams’ opponent, he’s about to face-off against one of the toughest NFL running backs of all-time.

Running backs often age out of the league by the time they hit their late-20s, but not Gore. He was scoring touchdowns in the league as recently as last year at age 37 with the New York Jets. Gore reportedly fielded interest from NFL teams again this year, but he opted to focus on training for boxing instead.

Gore used boxing as a training method throughout his NFL career. His interest in the sport became more serious this year when he changed agents and reportedly started looking to get a fight together. Here’s a video of Gore using boxing as a training technique for his football career from 2014:

Gore was an absolute monster as a running back. The man was impossible to bring down. He’s also only 5’9. Williams is 6’3.

Williams will be on the undercard for Paul’s match regardless of his opponent. Let’s hope it goes better than Nate Robinson’s debut for his sake.