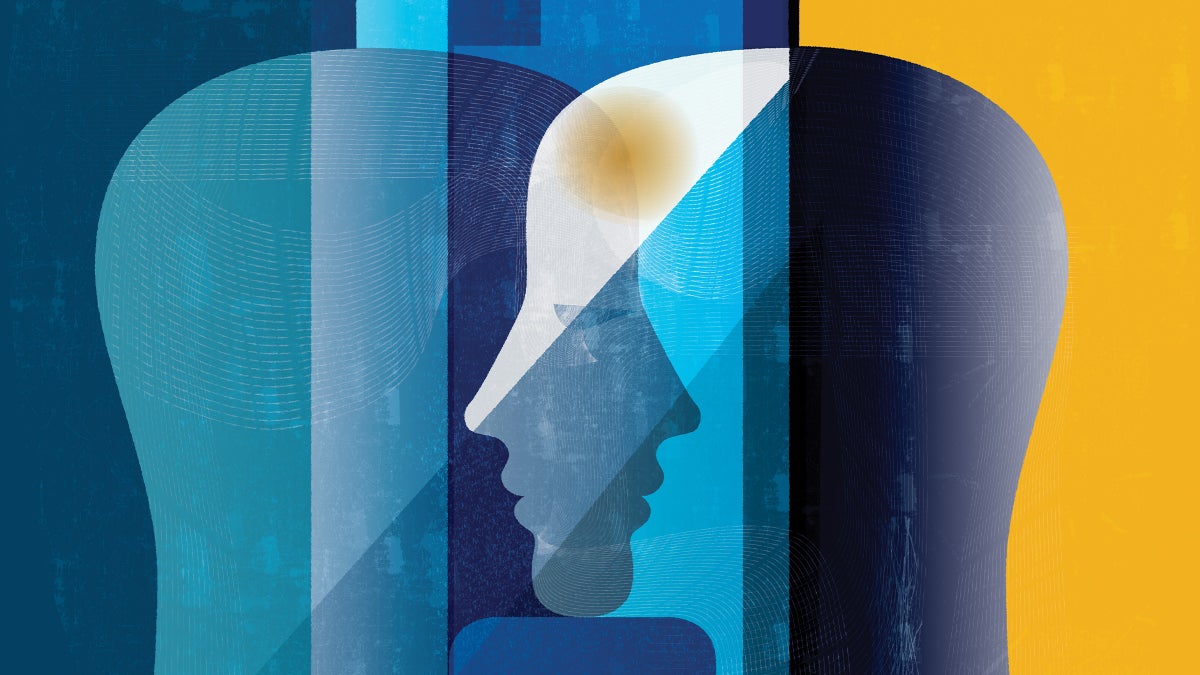 I think meditation is ramping up your anxiety.

This was my therapist’s assessment during one of our weekly sessions.

Wait, what? I had been meditating for a year—doing daily 10-minute meditations, listening to monthly sound-bath meditations, and even taking a weekly meditation class—specifically to reduce anxious thoughts and help me cope with post-traumatic stress disorder.

But by the end of 2020, I still wasn’t sleeping through most nights. Anger was my strongest emotion. Almost every day, I yelled at someone—the car in front of me, a credit-card company, my five-year-old twins, my husband. I was the opposite of the calm person I thought meditation would help me become.

“Sometimes sitting in stillness can let your anxious thoughts swirl,” my therapist explained. She suggested I trade my sitting meditations for other activities such as running, walking my dog, and journaling.

Emerging research suggests that my therapist was onto something. In a recent Psychotherapy Research study, some meditators reported increased anxiety, emotional sensitivity, and reliving memories of trauma. A quarter of the people in a 2019 study had an adverse reaction to their meditation practice, including panic attacks and bouts of terror. There have also been reports that meditation can cause or worsen symptoms in people with psychiatric problems such as anxiety and depression.

The problem is common enough that Brown University has a center called Cheetah House solely dedicated to supporting people who have had negative experiences in meditation. Could my own meditation practice really be doing more harm than good?

See also: What Is Mindfulness, Really?

The rise of mindfulness

I’m certainly not the only person who has turned to mindfulness practices in an attempt to feel calmer and more at ease: The number of people practicing meditation more than tripled from 2012 to 2017—from 4 percent to 14 percent, according to the National Center for Complementary and Integrative Health. In April 2020, the top-10 mental-wellness apps garnered more than 4 million downloads combined—a 17 percent increase from January of the same year. That’s not all that surprising, given the kind of year 2020 had been. And plenty of research suggests that meditation and mindfulness can decrease anxiety and depression.

A wealth of evidence backs her assertion. When people meditate, their brains can actually grow in the regions that control emotional regulation, empathy, and psychological functions. Meditation has been credited with increasing memory and attention span, improving sleep, reducing pain, and even helping to break addictions.

These and other benefits of mindfulness meditation have been widely touted. Perhaps too widely. “I think [meditation] gets portrayed as this panacea for parenting, happiness, depression, anxiety, overeating, and more,” says San Francisco–based psychologist Juli Fraga, PhD. But mindfulness and meditation are not cure-alls. And for some people they are bad news.

While mindfulness and meditation have become nearly synonymous, the two aren’t exactly interchangeable. Meditation is a formal practice of sitting still and training your attention. Rooted in ancient Judaism, Hinduism, and Buddhism, it has been practiced all over the world. There are many schools of meditation (Zen, Transcendental, Tonglen) and various approaches to the practice (guided visualization, breath awareness, chanting, body scanning).

Mindfulness is the practice of being present, fully aware of our thoughts and actions, and observing them without judgment. Mindfulness can be applied to anything—eating, walking, parenting, communicating. Then there’s mindfulness meditation, a practice where you sit still to observe the physical sensations, thoughts, and emotions you are experiencing in the moment—noticing them with nonjudgmental awareness. Some practitioners liken it to watching your thoughts float by on a cloud.

While people have been meditating for decades, mindfulness meditation was popularized by Jon Kabat-Zinn, PhD, a professor of medicine who launched the Mindfulness-Based Stress Reduction (MBSR) Clinic at the University of Massachusetts in 1979. His MBSR programs evolved into a popular eight-week course, and spawned hundreds of mindfulness programs in schools, hospitals, prisons, and therapy centers. Research studies of mindfulness often focus on people who do mindfulness meditation.

A trigger for trauma

As meditation and mindfulness practices have been increasingly offered as an antidote to our hectic, tech-filled lives, the downside has been underreported and downplayed. One recent study found that 87 percent of participants had at least one adverse experience during meditation, most commonly moments of anxiety. A quarter of those surveyed felt continuing adverse effects in the days after their meditation practice.

The researchers at Brown’s Cheetah House list 59 different kinds of distressing experiences reported by meditators. Among them: emotional detachment, agitation, depression, panic, paranoia, and delusions. Physical symptoms can include irregular heartbeat, vertigo, headaches, and changes in respiration. Over time, people can even experience crises of faith, shifts in their worldview, or a loss of a sense of self.

It’s completely normal to feel tearful, irritated, or angry when starting a meditation practice because you’re bringing awareness to what is going on inside you, Bortz explains. But there’s a delicate balance between feeling your emotions and being overtaken by them.

“Whenever we invite unrestricted mindfulness to our internal experiences, it has the potential to bring us in contact with a lot of pain and potentially re-traumatizing experiences,” Bortz says. It may even bring up issues you didn’t know you had. “When you step into a space of silence, traumatic memories or painful feelings are all there,” Fraga says. If you don’t process the difficult emotions that emerge, you could experience a crisis.

Certain circumstance may put you at greater risk of having an adverse reaction to meditation. People experiencing postpartum depression, anxiety, or unresolved trauma may suffer flashbacks and retraumatization during their practice, says Jenna Hollenstein, a meditation teacher with the Open Heart Project and author of Mommysattva: Contemplations for Mothers Who Meditate (or Wish They Could). For some people, a simple lack of sleep can put them at risk.

The Psychotherapy Research study found that younger people and those from marginalized groups—people of color, those with less education, and people with lower incomes—may be more likely to experience adverse effects from meditation. That makes sense: Experts say that your likelihood of having a negative experience may be greater if you’ve had a painful past.

It’s difficult to pinpoint when meditation might turn ugly. Research suggests that less experienced meditators may be more likely to encounter problems, but experienced meditators are not immune. Longtime meditator and mindfulness teacher Dan Lawton wrote about his own frightening breakdown during a 14-day meditation retreat. He described convulsions and shortened breath; he felt panicked and paranoid. After the episode ended, he felt more disconnected than relieved. When symptoms persisted for weeks, his therapist diagnosed it as post-traumatic stress disorder, probably caused by the meditation itself.

While none of the research suggests that people should avoid meditation, there is a call for meditation teachers, therapists, and the people developing mindfulness apps to be aware of—and transparent about—possible dangers.

Typically in meditation or mindfulness practices, your breathing remains steady, you feel calm, and you emerge thinking clearly and feeling relaxed. But tension in your limbs, rapid breathing, or feelings of agitation, anxiety, or anger can signal an emotional reaction that psychologists call dysregulation. It can also take the shape of a “freeze” response: your energy is very low, it’s difficult to think, and your breathing is barely perceptible. You may feel numb or disconnected from your surroundings.

Bortz’s classes train students how to recognize and address these feelings if they crop up during meditation. “We always encourage people to check back in with their own experience [and] notice where they are in terms of [emotional] arousal, regulation, or dysregulation,” Bortz says.

She suggests that would-be meditators reflect on how they are impacted by a particular form of meditation—in the moment and over time—and make changes to their practice if necessary. For example, you may meditate for shorter periods of time—say, just 15 or 20 minutes rather than an hour. And for beginners or anyone who is anxiety-prone, meditation guided by an experienced teacher may also be better than sitting in silence or using an app.

Of course, mindfulness doesn’t always have to be attached to sitting meditation at all. “[There] are other practices that you can gain similar benefit from and which may be better tolerated,” Bortz says.

Mindfulness practices such as yoga asana, breathwork, tai chi, or forest bathing can boost memory and cognition, reduce stress and worry, and even improve relationship satisfaction, according to an American Psychological Association review of studies. Fast-paced breathing—a conscious inhaling and exhaling on a count—helps to refocus your attention and calms your nervous system, reports the Greater Good Science Center at the University of California, Berkeley.

If you experience these symptoms during or after mindfulness practices, it may be time to take a break:

Waking in the middle of the night or insomnia

A loop of self-critical thoughts that won’t die down

Should you call it quits?

It may seem like an odd option in our mindfulness-obsessed culture, but if altering your practice doesn’t help you feel any better, you could just…stop.

“There is no shame in stepping away from a meditation practice if it is not a good fit,” say Bortz. Hollenstein agrees. “You’re not a failure if your practice isn’t meeting your needs. You may just need another type of help, like medication, therapy, or another way to process trauma,” she says. Such was the case for Lawton, who found that stopping meditation was crucial to his recovery.

And stepping away from meditation doesn’t mean you have to give it up forever. Hollenstein says to think of your practice as a long-term relationship: “There are times when we go far apart and then we come back together. So trust it.” You may need to “date” a few practices—or shift from one type to another over time.

It was scary to let go of my meditation practice, but I did it, focusing instead on my therapy sessions to help me heal from my PTSD symptoms. The combination of therapy, antidepressants, exercise, journaling, and talking with friends helped me come out of the dark fog of depression. I returned to my meditation practice a few months later when I felt I could sit still and be present with myself—flaws, messes, and all—and practice loving kindness toward myself.

Pressing pause on meditation or mindfulness? Swap in one of these practices instead:

Jennifer Chen is a journalist and author who has written for the New York Times, Oprah Daily, Real Simple, and other publications. She lives in Los Angeles with her family.