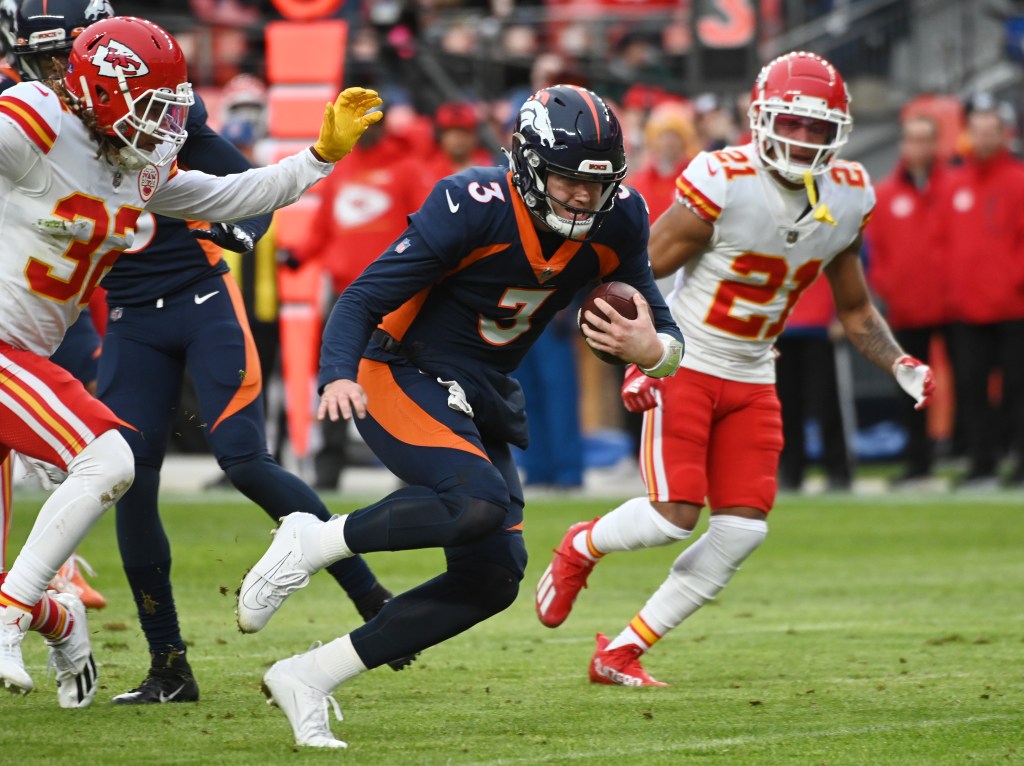 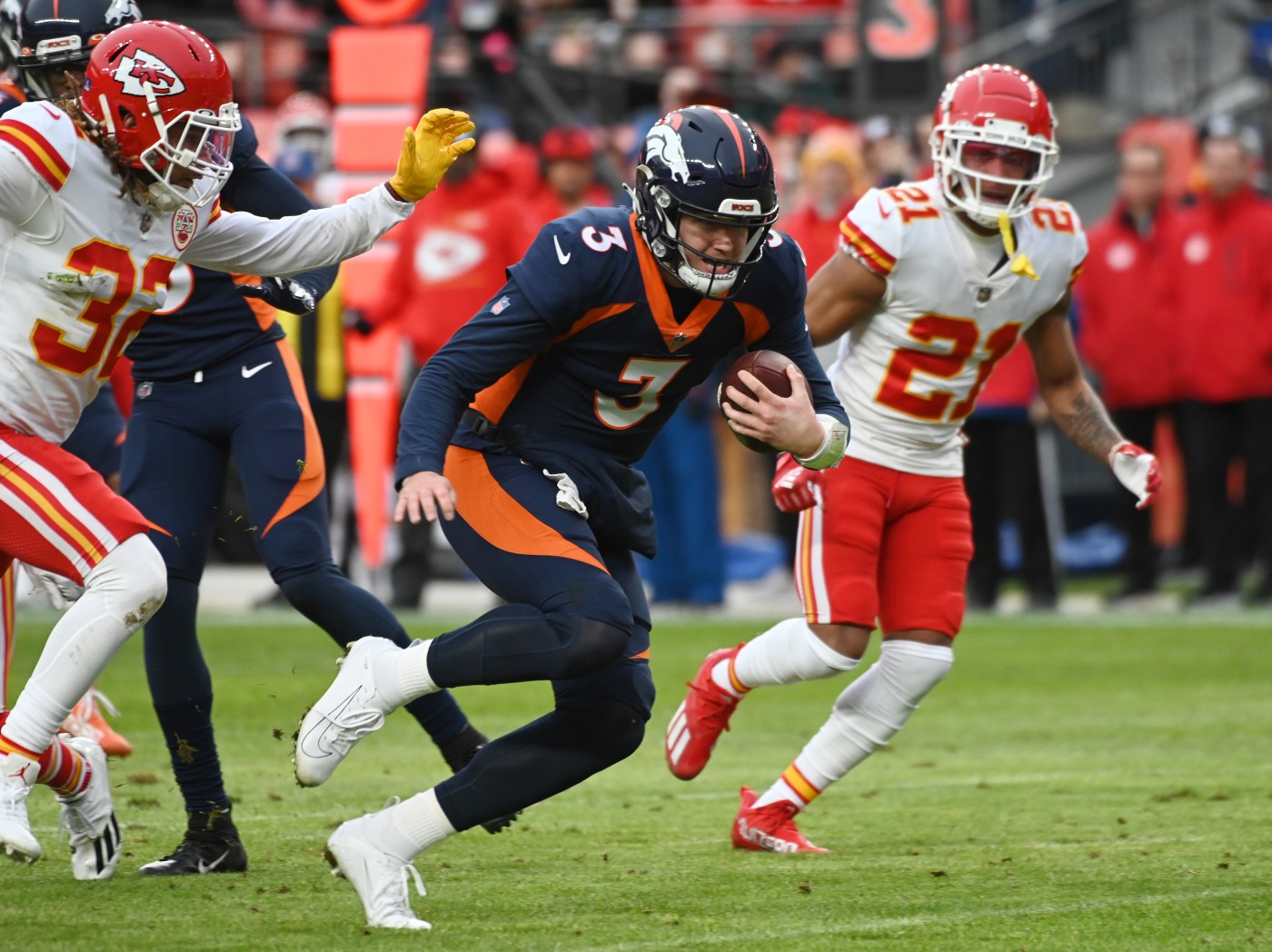 Drew Lock stood behind the podium Saturday night after possibly his final game as starting quarterback for the Denver Broncos.

Lock spoke in the media room at Empower Field before reporters could ask a question. He quickly summarized the pain of a 28-24 home defeat to the Kansas City Chiefs with what’s become a common refrain over his three NFL seasons.

“One of those games,” Lock said under his breath. “I thought we had them.”

Close might be enough in horseshoes or hand grenades. Not so much for NFL quarterbacks. It’s why Lock’s future in Denver remains uncertain entering this offseason. His up-and-down performance Saturday against the Chiefs provided little clarity.

Lock showcased impressive mobility with two touchdown scrambles — from 5 and 23 yards out. But the Missouri product was far less efficient through the air: 12-of-24 passing for 162 yards (zero touchdowns or interceptions).

“I thought he played his best game,” head coach Vic Fangio said. “This was really the first week he had a real chance to practice at normal tempo and get some work in. I think it showed.”

Of greatest concern, though, is Lock’s record in three games as a starter to finish the season: 0-3.

What did he learn after coming off the bench to replace injured starter Teddy Bridgewater?

“I learned a lot about myself and a lot about how resilient I could be,” Lock said. “I thought I had faced adversity before. But nothing like this year. When you get the playing (time) taken away from you, for the first time ever in your career, it’s different. … It lives in me and it breathes in me. It’s who I am. I’m a quarterback. I want to lead guys.”

Expectations were high for Lock in 2019 when the Broncos selected him No. 42 overall in the NFL draft. Two years of mostly struggles preceded an offseason trade for Bridgewater and a quarterback competition in training camp. Bridgewater beat him out for the starting job.

“I love him. I think he’s grown dramatically,” offensive tackle Garett Bolles said. “I think Teddy’s pushed him in so many directions. (Lock) has been a phenomenal person that sat back, waited and served his time. You’ve got to remember man, when he was here (early on), he didn’t have someone to push him 24/7 like Teddy did. No disrespect to everyone else that was here. But he didn’t have that person to put his arm around him and watch film with him.”

Lock also expressed confidence in his future as a starting NFL quarterback.

“There’s not a play you can’t run with me,” Lock said. “I can make a throw here and I can make a throw there. I was waiting for the opportunity to show you guys I can run around and they gave it to me today. That’s not a surprise to me. I can go into the locker room, have fun with these guys, fire them up and get them ready to play. I feel like that’s exactly what we saw today out there.”

Broncos general manager George Paton must decide the best path forward at quarterback. Will Lock get another shot? Will Denver be active in the free agent or trade market? Lock is only focused on the things he can control.

“There is without a doubt a foundation in that locker room,” Lock said. “I’d like to believe there can be a foundation with me in it. But that’s not my choice.”