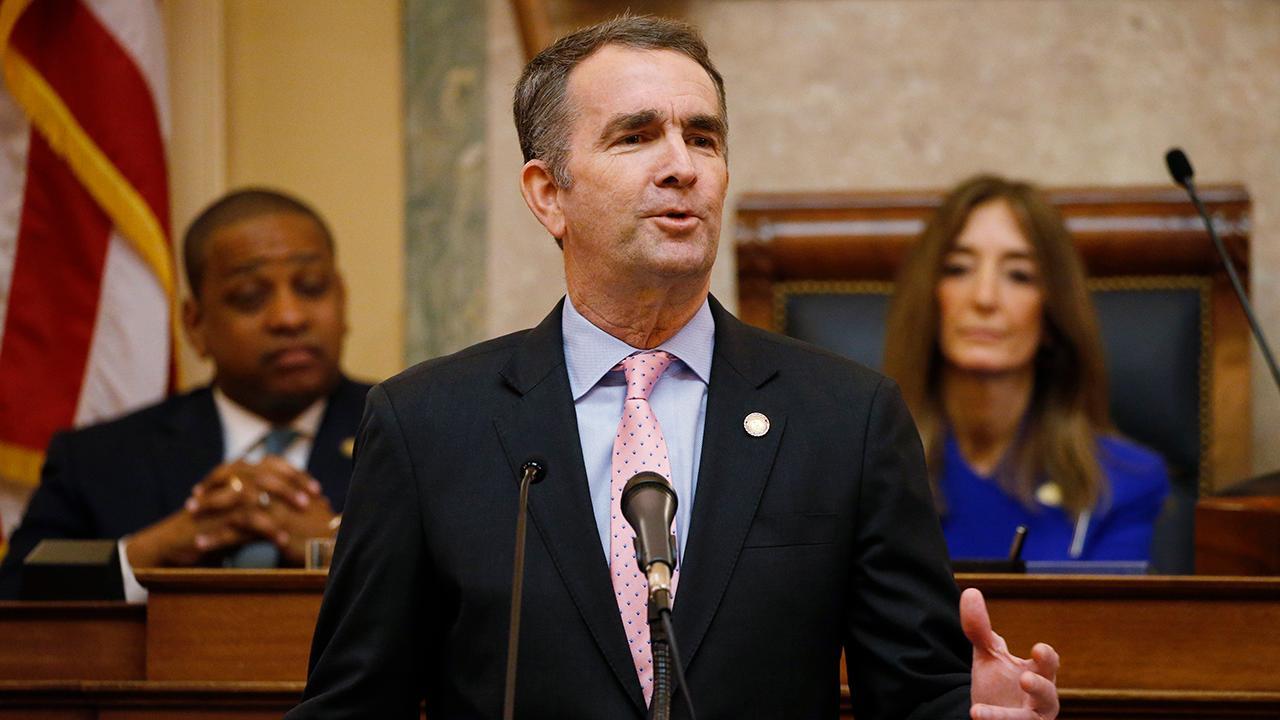 A winter storm left motorists on Virginia’s I-95 stranded for up to 30 hours earlier in the week. Northam said Wednesday, “I am getting sick and tired of people talking about what went wrong…”

He asked the drivers, “1. Did you know about the storm? 2. Why did you feel it was so important to drive through such a snowstorm? And 3. In hindsight, do you think maybe you should have stayed home or wherever you were rather than getting out on Interstate 95?”

” … [W]hat a low-life, man,” Failla said. “And when you start shaming the drivers for being on the road, what that really demonstrates is just how out-of-touch a lot of Democrats are with the plight of regular people. A lot of regular people … don’t have the option of staying home. They don’t have the kind of job that says, ‘Oh, well, we’re going to send in the punt team because the commute got a little rough today.’ They got to be out there, Ralphie, doing their thing.”

“That’s the part that drives me so crazy, is there’s this indifference, and they show this indifference at moments where they don’t want to be accountable for situations they should have jumped on,” he added.

Twitter users instead held Virginia Gov.-elect Glenn Youngkin accountable for a calamity in which he had no role. Co-host Guy Benson accused progressives of “magical thinking,” according to which “everything can be a Republican’s fault, even if the Republican isn’t in charge yet.”

“And the one element of [Northam’s] answer that I think bothered me the most from Northam was him telling the radio host … ‘I’m so sick and tired of people asking what went wrong,'” he continued. “Really? It was like the next day after people were in their cars overnight with nothing to eat or drink and go to the bathroom, and you’re already tired of any attempt at accountability. Thin-skinned Gov. Northam will be former Gov. Northam very soon.”

Benson added that “[m]aybe he’s red-faced for once … because his party lost a few weeks ago,” prompting co-host Lisa Boothe to gibe, “It was blackface.”

“I just kept asking myself, ‘If Glenn Youngkin was in fact in political office right now as a Republican, what would those tweets look like?’” she asked. “What would that response from Sen. Tim Kaine as a Democrat look like?”

” … It would be a little less matter-of-fact and more … blaming and going out there with a big megaphone attacking him,” she concluded.