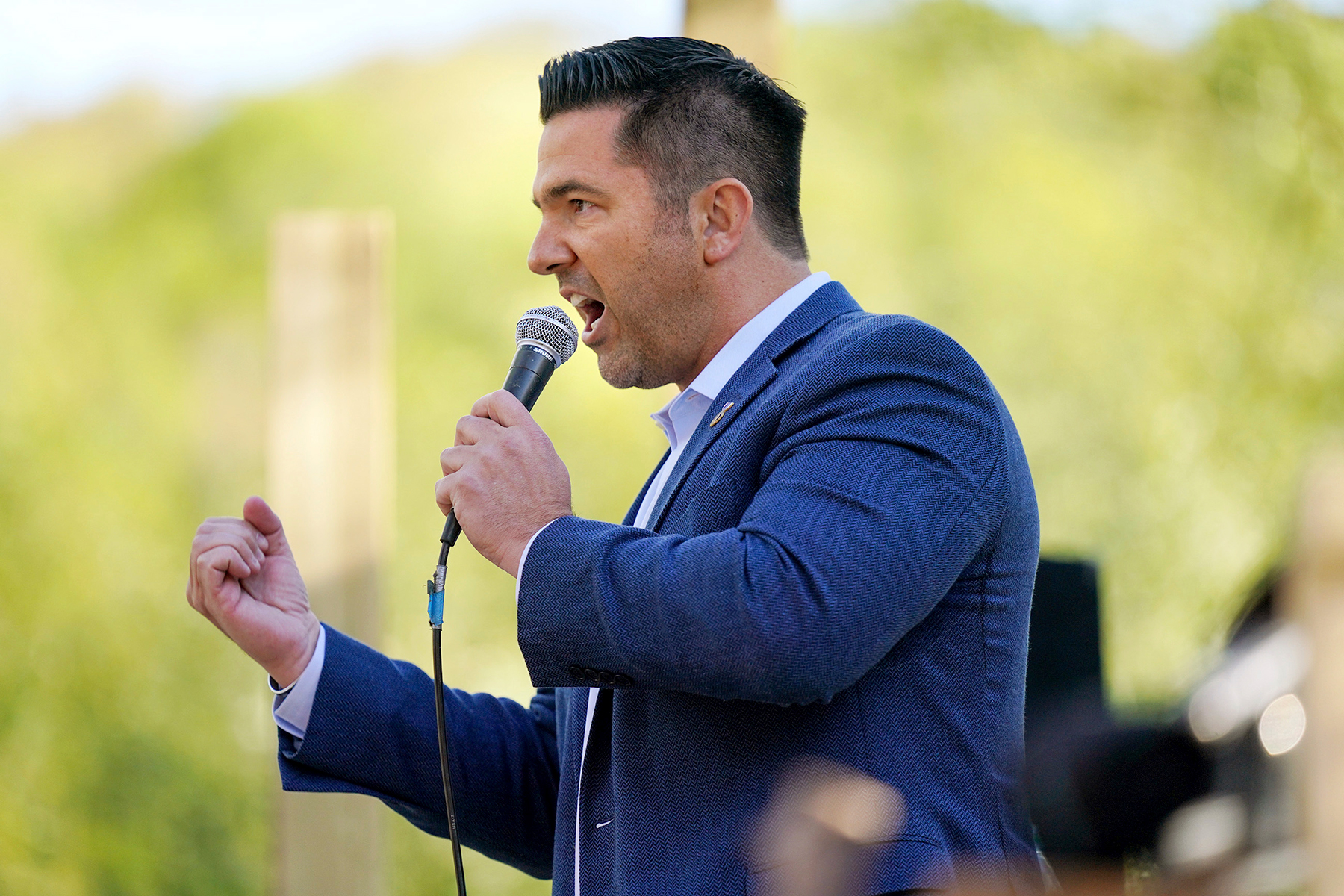 Laurie Snell, the estranged wife of Pennsylvania Senate candidate Sean Parnell, testified in court on Monday that her husband strangled her, abused their children, and told her to “go get an abortion.”

Punchbowl News reported on Friday that former President Trump is holding massive fundraiser for Parnell in January at Mar-a-Lago.

Parnell, an Army veteran who served in Afghanistan, is vying for the Republican nomination to fill the U.S. Senate seat that will be left empty after Sen. Pat Toomey retires next year. Trump endorsed Parnell in September. “Sean bravely fought for our Country as a Captain in the U.S. Army and was awarded two Bronze Stars (one for valor!) and the Purple Heart. Unlike our current administration, he never left anyone behind,” Trump said.

Parnell’s campaign has been dogged by personal issues, though. His opponents have brought up protective orders sought by his wife in 2017 and 2018 during divorce proceedings, which are still in progress. On Monday, his wife was in court to argue for custody of their three children. She testified that her husband would “rage” often and verbally and physically abuse her during their marriage. One time, she said, “He tried to choke me out on a couch and I literally had to bite him” to get away. “He was strangling me,” she added.

“It just got worse and worse,” she said, according to The Philadelphia Inquirer.

Parnell denied Laurie’s allegations in a statement to The Inquirer. “Let me empathically state: I have never raised a hand in anger towards my wife or any of our three children,” he said. “What happened today in court was not justice, nor did it have any basis in fact or truth. Next week, I’ll have an opportunity to present the truth to the court and I look forward to that opportunity.”

Many within the state’s Republican Party are looking for alternatives, especially as Glenn Younkin proved in Virginia that not only is public fealty to Trump is not a prerequisite to win an election, it might hurt one’s chances. In particular, Politico reported on Thursday, some are eying veteran and business executive David McCormick. McCormick has yet to decided whether he’s going to run, but even if he does, Trump seems to be doubling-down on his endorsement of Parnell.

Supporters in West Palm Beach can get a picture with them in January for only $25,000.