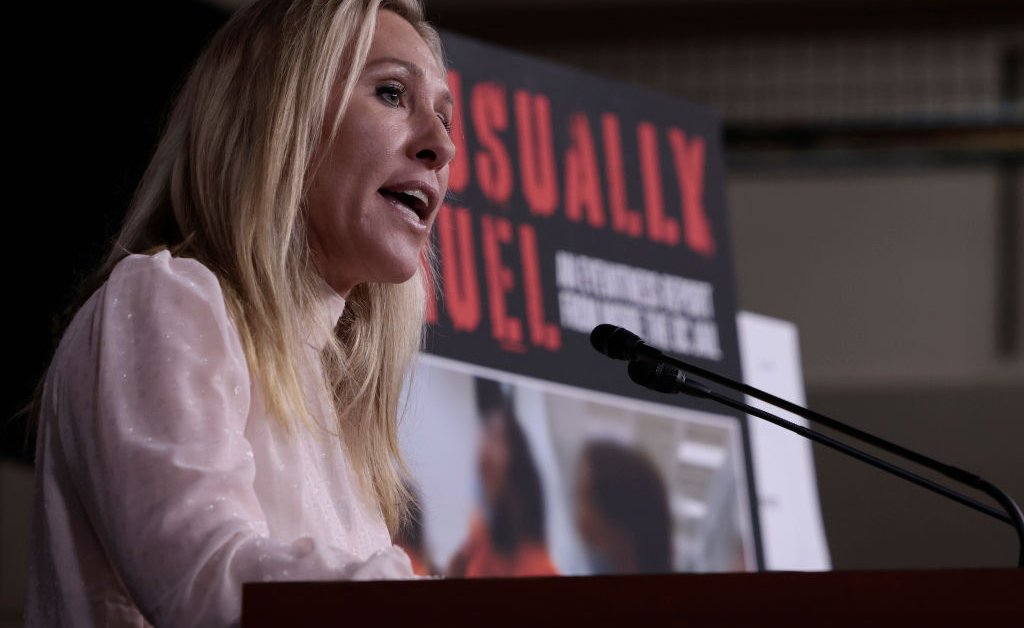 Bloomberg — Twitter Inc. on Sunday said it permanently banned the personal account of Republican Representative Marjorie Taylor Greene for repeated violations of the platform’s prohibition against spreading misinformation about Covid-19.

The Georgia lawmaker was previously suspended for tweeting false claims about the Covid vaccine and health risks during the global pandemic. A Twitter spokesman said the company has “been clear that, per our strike system for this policy, we will permanently suspend accounts for repeated violations of the policy.”

Greene’s fifth and final strike was a Saturday tweet misrepresenting data on the death rate from the vaccine, the spokesman said.
[time-brightcove not-tgx=”true”]

Greene can appeal the permanent ban, according to Twitter’s policy on medical misinformation. She still has access to her official account, @RepMTG, where her last tweet was a Christmas Eve message for her congressional district.

The Republican lawmaker on Sunday took to messaging service Telegram to call Twitter an “enemy to America” and to criticize Democrats, CNN and an Iranian account for their past tweets.

“That’s fine, I’ll show America we don’t need them and it’s time to defeat our enemies,” Greene said on Telegram.

Twitter isn’t the only place where Greene has been censured for controversial statements. The Democratic-led House last February voted to strip her of her two committee assignments for past statements suggesting support for conspiracy theories and violence against Democrats.