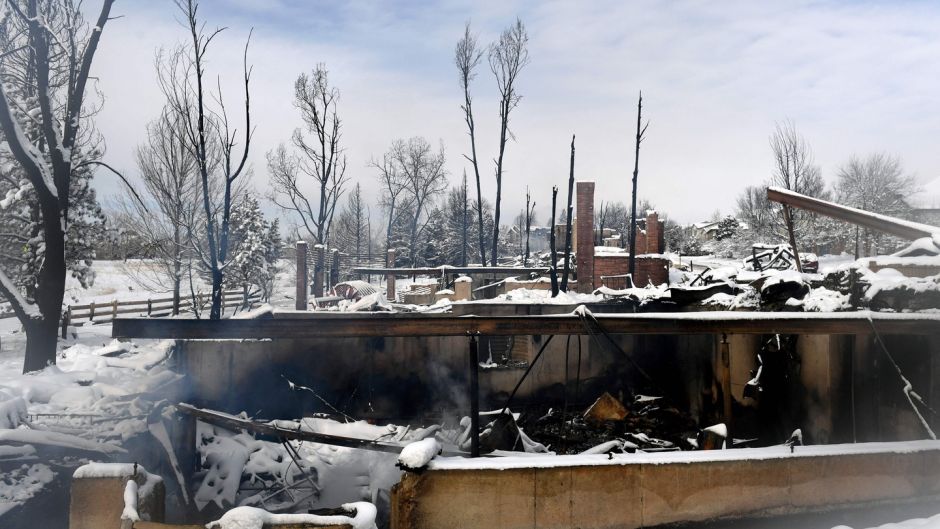 One out of the three people who was thought missing as of Saturday, has been accounted for, Boulder County Sheriff Joe Pelle said at a press briefing on Sunday.

“First and most important regards to lives, we’ve accounted for one and are now at two [missing],” he said.

Officials initially said there were no reports of fatalities following the rare urban wildfire that erupted on Thursday on the northern outskirts of the Denver metropolitan area.

Officials initially said there were no reports of fatalities or missing residents following the rare urban wildfire that erupted Thursday morning on the northern outskirts of the Denver metropolitan area.

Wind gusts Thursday in excess of 160 kp/h pushed flames eastward into the towns of Superior and Louisville, prompting the evacuation of both communities.

In about two hours, the fire had scorched 2,428 hectares (6,000 acres), officials said, with the fire at times moving a football field length in seconds.

Mr Pelle said the two missing people, whom he did not identify, lived in homes that were consumed by the blaze.

Mr Pelle said 991 homes in Superior, Louisville and in unincorporated parts of the county have been destroyed, making it the most destructive wildfire in state history in terms of residences lost.

Officials initially said sparks from downed power lines that were toppled by the gale-force winds may have sparked the blaze, but an inspection by utility company Xcel Energy found no damaged or downed lines near the fire’s believed origin.

Mr Pelle said detectives are investigating all avenues to determine what ignited the conflagration.

US president Joe Biden has declared the scene a national disaster, freeing up federal funds to assist affected people and businesses in recovery efforts.

Governor Jared Polis said Sunday: “I know this is a difficult time in your lives … We will build back stronger, because we are Colorado strong.” – Reuters