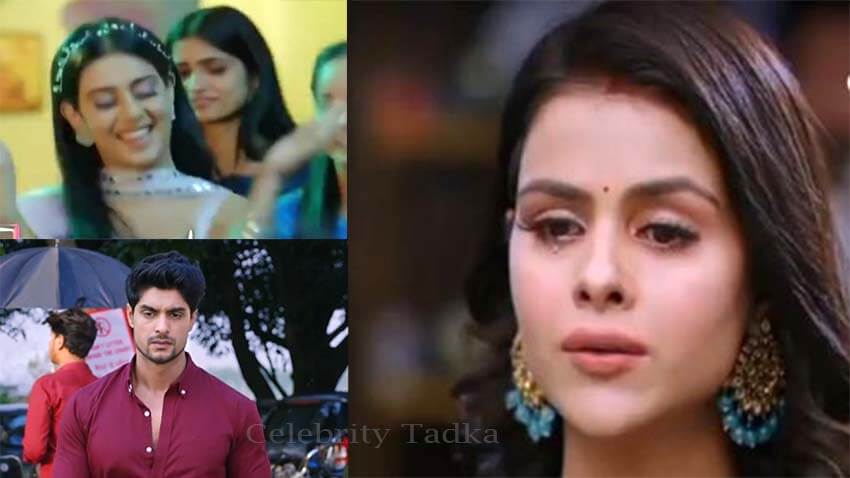 Colors TV show Udaariyaan is touching new heights of success and getting huge TRP ratings. The show is one of the most loved show on television right now. It stars Priyanka Choudhary, Ankit Gupta and Isha Malviya in pivotal roles. Recently, actor Karan V Grover has entered the show as Angad Maan. The ongoing storyline of the show revolves around Tejo revealing Jasmin’s passport truth to Fateh.

In today’s episode, Sandhu and Virk family waits for Fateh outside the court for Divorce hearing. Meanwhile, Fateh who was hurt with Jasmin’s passport truth, again gets manipulated by her. On the other hand, Tejo goes to academy where she meets Angad.

While family thinks that Fateh has not come for divorce hearing because he doesn’t want to give divorce, Jasmin brings Fateh to court. Judge finally asks Fateh about his decision of giving divorce and he gives his nod to it. Jasmin gets happy as Judge announces Fateh and Tejo’s separation. After that Jasmin taunts Tejo and reveals how she again manipulated Fateh to trust her.

However, Tejo gave Jasmin befitting reply saying she will be betrayed the same way she does. Tejo then packs her bag to leave Virk house. Khushbir tries to stop her but Tejo tells him that now her and Fateh’s relationship has finally got over and she has nothing left in the house.

In the upcoming episode, Jasmin will call her friends and do a party at Virk house before her wedding with Fateh.