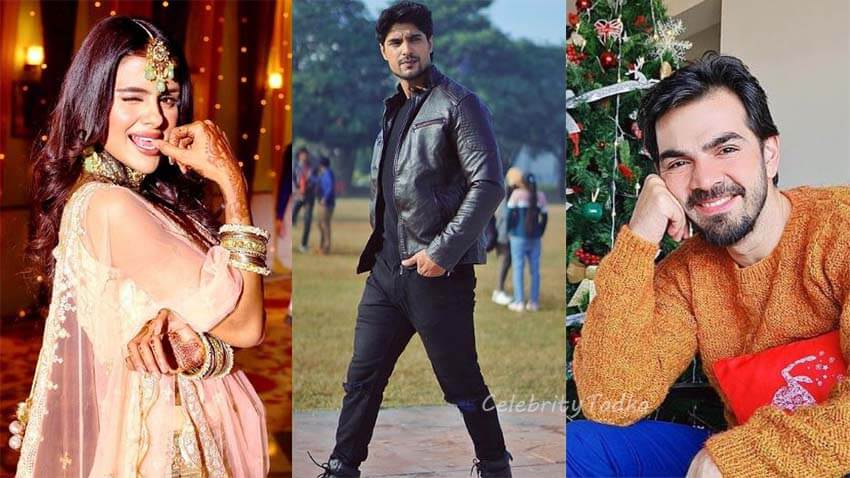 Colors TV show Udaariyaan is grabbing lot of attention and keeps the audience hooked with new twists and turns. The show stars Ankit Gupta, Priyanka Chahar Choudhary, Isha Malviya and Karan V Grover in pivotal roles. The current track of the show revolves around Tejo joining her college back after leaving Angad while Fateh is trying to win Tejo’s heart again.

In a recent interaction with TellyChakkar, Priyanka Choudhary and Karan V Grover shared some interesting & fun things about each other and co-stars. When the two was asked who laugh in between a serious scenes, Karan reveals it’s Priyanka, and she admits it. Priyanka says, “I don’t laugh during the scene but post that I cannot control my laughter. If the scene is with someone then of course I stay serious to not break their mood but if it’s my scene then you cannot stop me from laughing, Karan adds, ‘yes! she laughs with all her heart.”

Talking about who most likely sleeps anytime on the sets, Karan promptly said Ankit wherein, Priyanka added even Jasmine aka Isha, can sleep anytime anywhere on the sets. She would sleep on the couch, I still remember we had a scene in the car and Prakash dada screamed, ‘Arre Jasmine so Gayi hai’ she slept during the scene so yes!