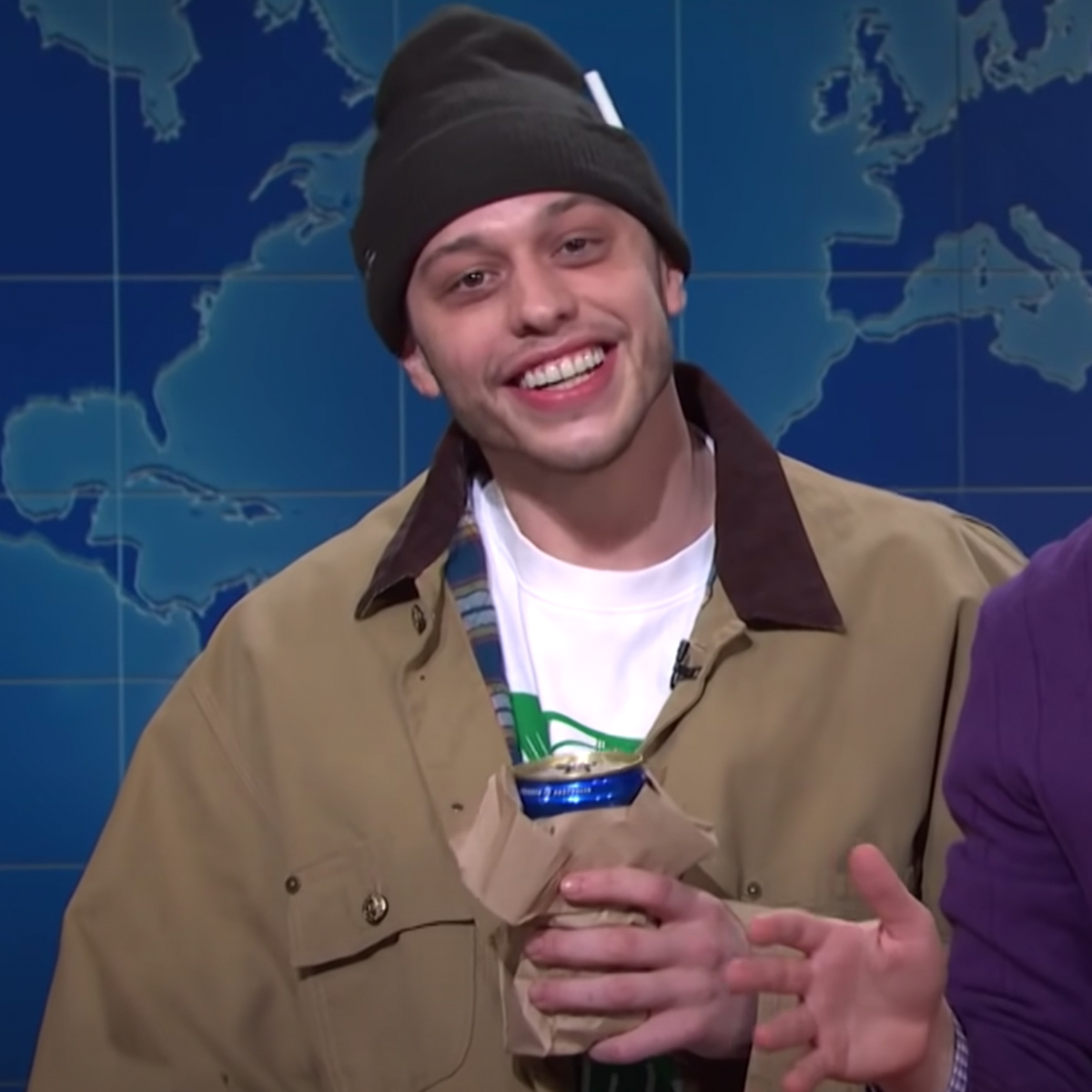 Davidson later ended up fully breaking character after one of Moffat’s jokes that his “boat”—a thinly-veiled euphemism for his character’s penis—was the width of “a tuna can,” causing the 28-year-old comedian to almost do a spit take and duck his head down to hide his laughter. Despite his best efforts, Jost also began to laugh.

To keep himself from joining in, Moffat turned to Jost and placed an arm on his shoulder, remarking, “You’re my best friend, Colin Jost.”

As the segment concluded, Davidson continued to gleefully giggle at Moffat’s jokes before revealing the long-running punchline in a high-pitched voice, saying, “It’s like with your penis!”

(E! and NBC are part of the NBCUniversal family.)