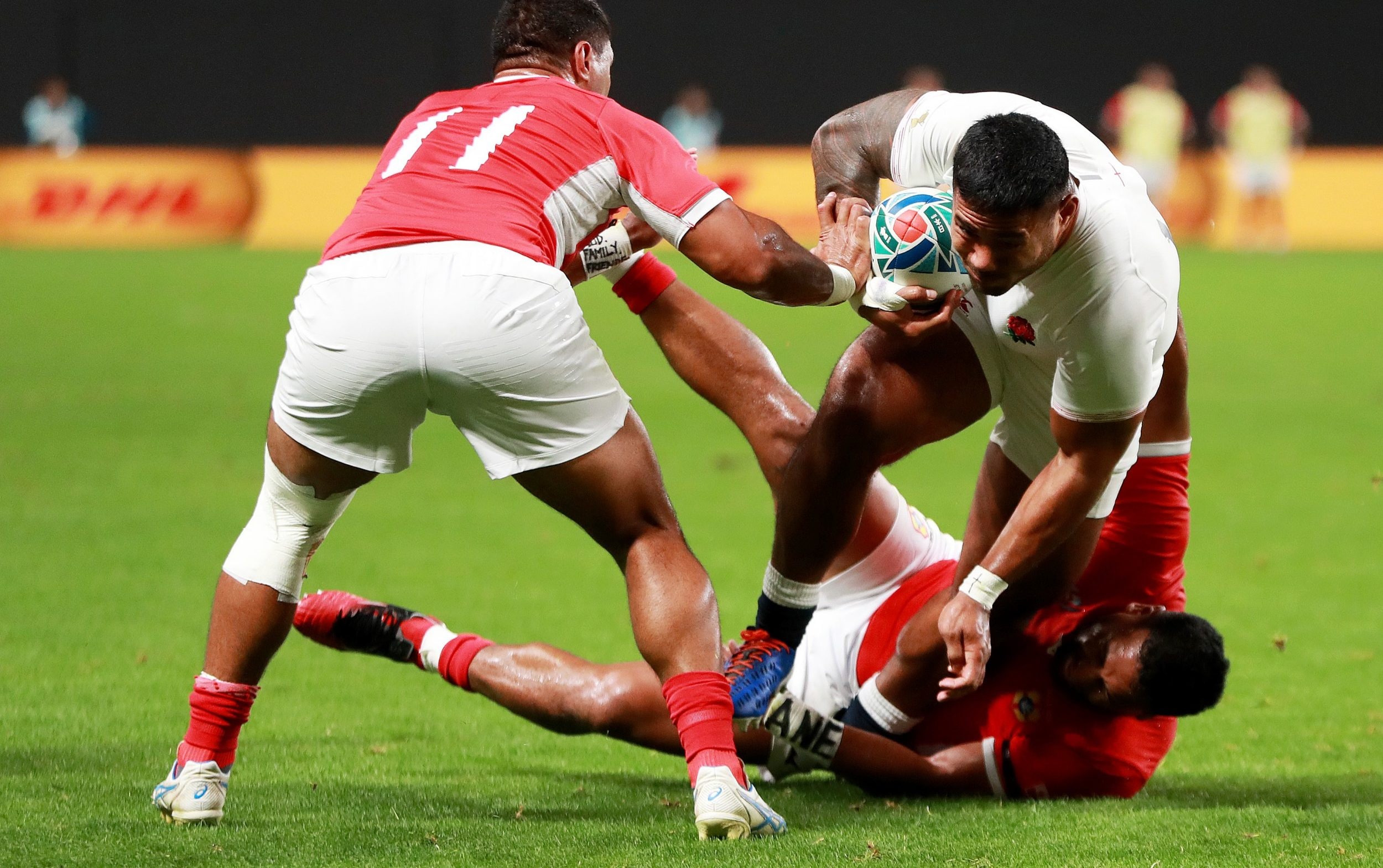 It will be the first chance for Eddie Jones to try out the new faces in his squad before taking on the might of Australia and South Africa later in November.

What time is kick-off?

What TV channel is it on?

Amazon Prime Video will be streaming all England’s games.

What is the latest team news?

England have encountered a major setback on the eve of their clash with Tonga after captain Owen Farrell tested positive for Covid.

Although he has not been definitively ruled out of Saturday’s Twickenham showdown pending the outcome of further lateral flow and PCR tests, his involvement is in grave doubt.

All players and staff underwent a round of PCR testing on Thursday after a member of Eddie Jones’ backroom staff produced a positive result, but only Farrell has come back as a confirmed case.

Farrell is isolating until England discover the outcome of his latest batch of tests in the hope his sample was a false-positive and as a result he is missing the captain’s run at Twickenham on Friday morning.

A statement released by the Rugby Football Union said that preparations for England’s first match against Tonga outside a World Cup are otherwise continuing as planned, but this setback causes significant disruption.

Apart from the prospect of losing their captain and a senior player who escaped Jones’ recent purge of his old guard, England know their options at fly-half are thin because of the leg injury incurred by Marcus Smith.

Jones had planned to start Smith at fly-half with Farrell operating at inside centre in a dual playmaker partnership, but Smith has been unable to train fully so far this week because of his injury.

The Harlequins sensation was deemed fit enough for a place on the bench in the hope that he would prove his fitness in Friday’s practice session, but he could now be thrust into the starting XV.

The only other fly-half option in the matchday 23 is replacement George Furbank, who Jones sees as a full-back who can cover 10.